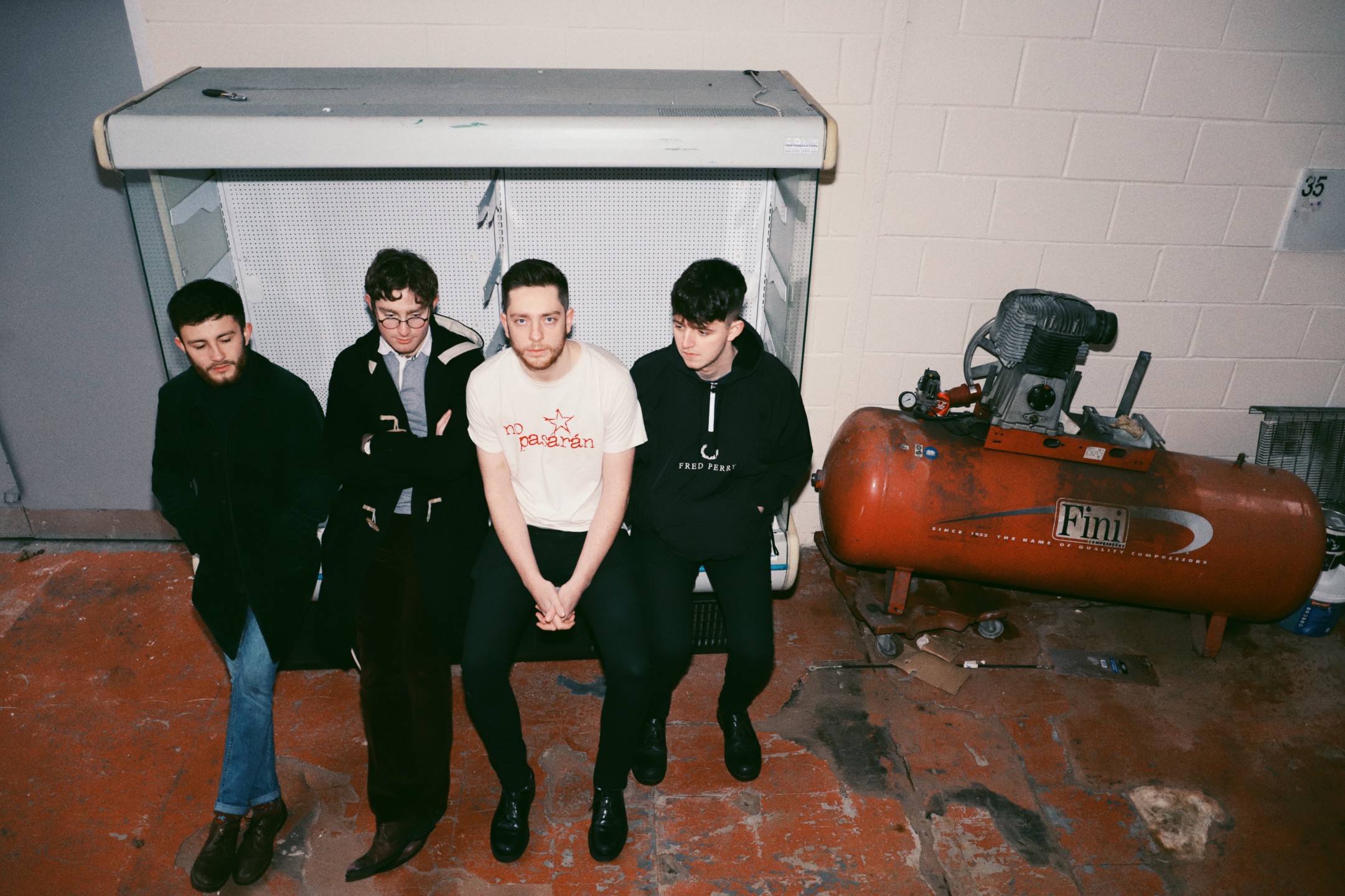 POLITICALLY-driven, self-aware punk four-piece, Bad Hombres, turn their attention away from pop icons and towards the fear, being skint and a lack of hope on ‘Half Cut’.

“The tune is basically about not being able to say no to going out with your mates for a few jars in spite of the fact you’re absolutely hingin, got no money, no motivation and no hope. Before you know it yer half cut wondering how you’ve been dragged back into it. We’re all in the same boat and although we know it’s at our detriment, we’ll all do it again. It can sometimes feel that alcohol consults every decision you make and it oppresses you, and Half Cut is about dealing with the ramifications of that realisation.”

One thing that never fails to strike audiences about this band, both live and on-record is the sense of brutal honesty conveyed in every tune, leaving every part of their conciseness and thought process in just over 3 minutes on ‘Half Cut’. A degree of songwriting difference on this tune is notable from their previous EP however.

“Jack wrote the song when we were down in London last year just before we recorded the EP and it came together really quickly so much so we considered sticking it on the EP. We decided against it as it had a different feel to the lyrical content of the EP and we wanted to experiment with different guitar tones so we saved it for now. Everyone added their bit in the studio and then Scotty helped us bring it all together when it came to laying it down.”

Bad Hombres headed to Dundee’s Magic Box to lay down the track with the help of talented producer Scotty Anderson once again.

“We’ve built up an amazing relationship with Scotty ever since we first went into the studio in 2018 and it was the only place we wanted to go to record the new tracks. Not many bands travel outside of Glasgow to record but we’d 100% recommend it. The studio has a great vibe with an enormous live room, state of the art equipment and a pool table for when you fancy a break. Scotty is such a sound guy and he really is a genius when it comes down to figuring out what’s best for the tracks and bands he works with; his brain operates on a different wavelength from everyone elses. He loves a good bowl of soup as well and we have the utmost respect for that.”

Bad Hombres’s Christmas Party takes over the Priory on 13th December with support from The Bleeders and Two Tone Television and DJ sets from Gallus and Paris Street Rebels.