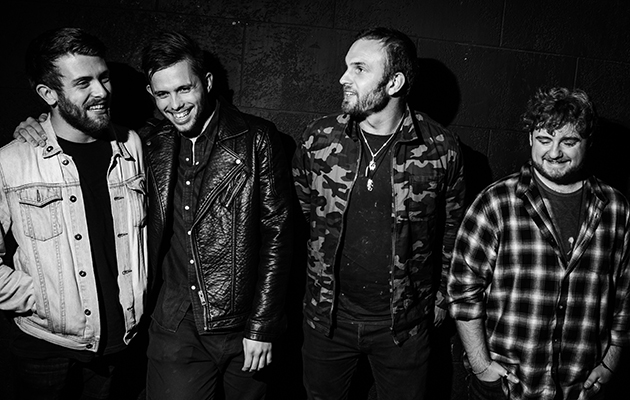 AS one of the founding members of Catfish and the Bottlemen, Billy Bibby knows exactly what it takes to win over the masses.

On the cusp of breakthrough success and mainstream domination, the Welsh rocker made the bold decision back in 2014 to part ways with the band after seven years in order to pursue his own creative interests. As Catfish went onto become an unprecedented indie-rock phenomenon, the guitarist bravely went back to the very beginning to work on new solo material in a quest to rebuild from the ground up.

Since then, the songwriter has released three singles and an EP as the frontman of Billy Bibby & The Wry Smiles; all the while reinforcing his innate skill for producing massive rock & roll anthems full of punchy melodies. Having gigged relentlessly up and down the UK over the past year, the band are now ready to build on their fast-growing momentum with the release of a brand new single called ‘Always Something’; a track we’re delighted to premiere here on TTV.

Opening with a surge of rousing riffs and driving rhythms, it isn’t long before the track settles into a more controlled swagger; infectious beats and pulsing basslines building up to a typically catchy and upbeat pop chorus. And while the appreciation for muscular riffs and epic guitar lines will be familiar to fans of Catfish and the Bottlemen, Bibby’s work is imbued with a rugged alt-country feel that doesn’t shy away from its pop sensibilities; his inviting vocals working in perfect harmony with the emotion-driven melodies.

Gradually shedding the skin of his former band, it is no surprise that Billy Bibby & The Wry Smiles are beginning to attract their own dedicated fanbase up and down the country. Driven by a fierce sense of ambition and determination to succeed, the four-piece have their eyes set firmly on a massive 2017.