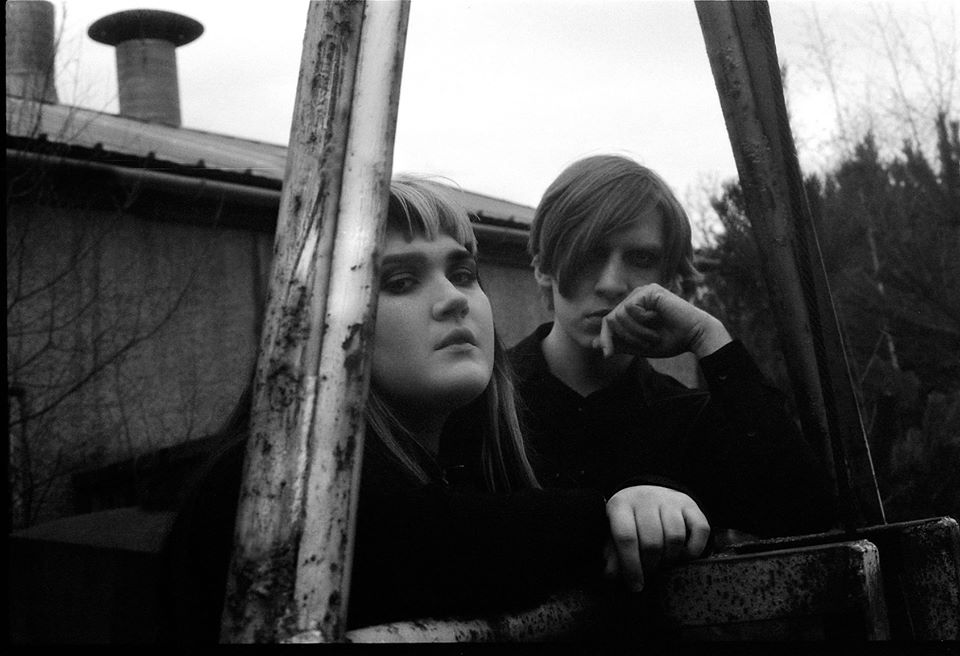 HAILING from Livingston, emphatic goth-pop duo GRAVELLE have returned with their latest single, ‘Waste Your Time’.

Devilishly captivating in their approach to music, the two piece released their debut EP, ‘Liquid Skin’ at the end of 2018, drafting in The Ninth Wave’s Lewis Tollan and Idlewild’s Rod Jones, to produce the synth-tinged, gothic, glitter-fuelled romantic record. What resulted from this working dynamic was 13 minutes of electronic drums, pounding synths and perfectly married dual vocals, which set audiences imagination’s alight with ideas of fantasy, glamour and chaos in equal measure. Labelling themselves as a new romantic, sado-glam two-piece, there is no better representation of this aesthetic, sound and attitude than their latest release, ‘Waste Your Time’.

With deep, harsh, arpeggio synths setting the tone of the track from the outset, GRAVELLE take listeners on a haunting portrayal of desire. With echoing, almost choral, vocals weaving throughout the verse, everything is building to an incredible chorus. “Waste your time with me… spare a moment to share with me”, lyrics that could be from a starry-eyed, full-hearted 60s love song, are instead melted down into an industrial sound of lust rather than teenage romance.

This sense of obsession is further personified in the lead up to the final chorus. With percussion and the orchestral sounds dropping out, leaving murmuring vocals, repeating sentiments of desire, as synths start to build and percussion follow the same path, the crescendo to the final chorus is nothing short of mesmerising.

Neon Waltz 'Thanks for Everything'