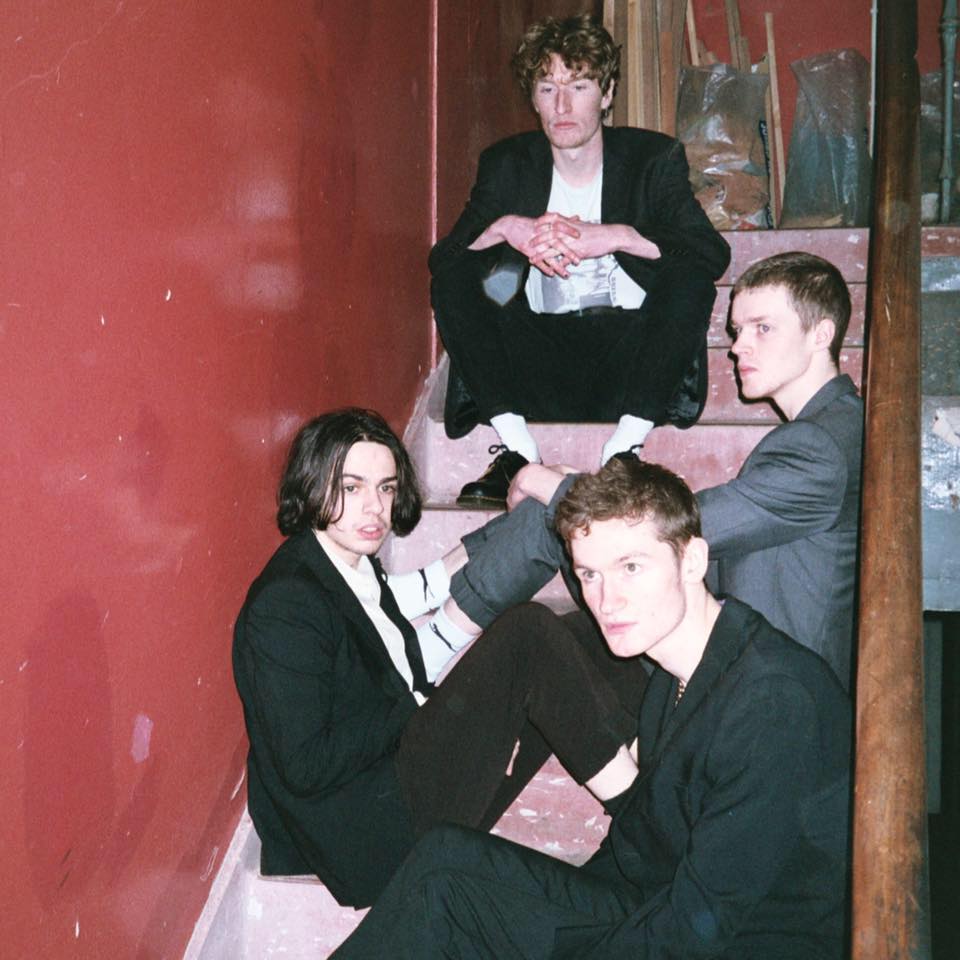 THERE is something incredibly rewarding about watching a band step out of the eclipsing shadow of their contemporaries and take on a vantage point entirely of their own. Over the past few months, Nasari have done exactly that.

Hailing from Edinburgh yet sonically more in line with Glasgow’s thriving punk scene, it’s no surprise that the band have started to seize the attention of music fans far beyond the confines of the capital. Having made their presence known on both sides of the M8 thanks to a series of notable live shows, their recorded output thus far has certainly marked them out as an intriguing prospect; from the fuzz-laden frenzy of ‘Spoilt Milk’ to its dark, languorous and brilliantly intense follow-up ‘The Box’.

Now the four-piece are back with the suitably spooky ‘Ghosts’; a track we’re delighted to premiere here on TENEMENT TV. Recorded at Green Door Studio with Ronan Fay, the band’s latest instalment is driven by a pulsing Joy Division-style bassline. Brimming with a nervous, feverish energy and palpable sense of urgency, the song lurches to life with some fuzz-laden guitar lines and a raw, searing vocal performance from Ewan Mackie. Almost maniacal as it rushes towards the finish line, the track is said to have been written when Mackie was “in Amsterdam and diving deep into the paranormal”.

A vital and searing return from the outfit, it’s almost as if the band are trying to exorcise some demons over the track’s three and a half minutes. They say: “it’s inspired by being scared of something like ghosts and yet longing to see one and encounter one”

Continuously prodding the boundaries of menacing post-punk, grunge and almost spooky psychedelia, Nasari are a band carving out their own lane and flourishing in it.

Starting to gain a strong foothold in the Scottish music scene, their steady rise looks set to continue with a number of big live shows on the horizon. Not only will they launch ‘Ghosts’ with a headline show at Broadcast this Saturday (8th June) but they have also been one of the first acts announced to play this year’s eagerly anticipated Saint Luke’s All Dayer. Tickets are available here.