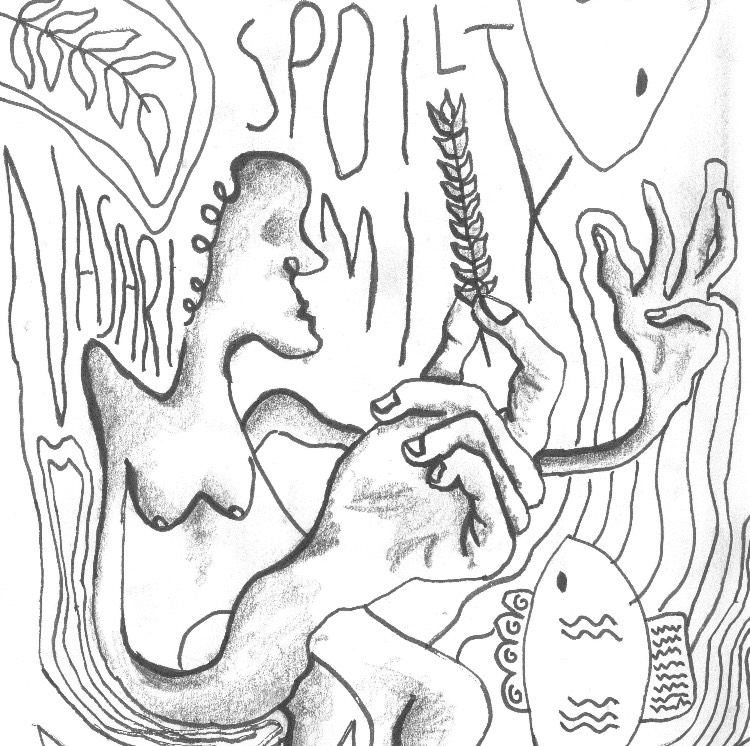 ONE of the most rewarding things about being embedded into an organic and creatively prosperous music scene is witnessing a band’s rise from trepadatious young upstarts to a cohesive unit that exudes self-confidence and vigour. For those acquainted with Scotland’s indie rock sphere, Nasari epitomise this steady incline by diverging from their peers in order to make headway in their mesmeric,  fuzz-laden lane. Primed to support The Ninth Wave at their forthcoming headline show at St Luke’s, the ambitious young four-piece have elucidated on every trait that makes them such an enticing prospect on ‘Spoilt Milk.’

Reminiscent of the languorous and heady indie pop of Yuck’s self-titled heyday, the Edinburgh-based quartet’s new single sees them step out of the eclipsing shadow of their contemporaries and on to a vantage point of their own. Lurching forward with a menacing sneer and a palpable sense of unpredictability, the combination of its foreboding bass riff, agile tangents of lead guitar and the frenzied, near-maniacal build of the vocals makes for a combustible powder-keg that keeps you engrossed for its all-too-fleeting duration. Aligning the haziness of psychedelia with the malovelence of post punk, ‘Spoilt Milk’ reads as a precursor to a career that will be typified by delighting in prodding at the boundaries of sonics, taste and tolerance and it’s a tantalising prospect to say the least.

‘Spoilt Milk’ will be formally unveiled on all streaming services tomorrow while those eager to see the band live can do so alongside The Ninth Wave at St Luke’s on Friday 21st December before going on to support Gallus at their forthcoming EP launch on Sunday 3rd February.

Check out our exclusive stream of the track now below: