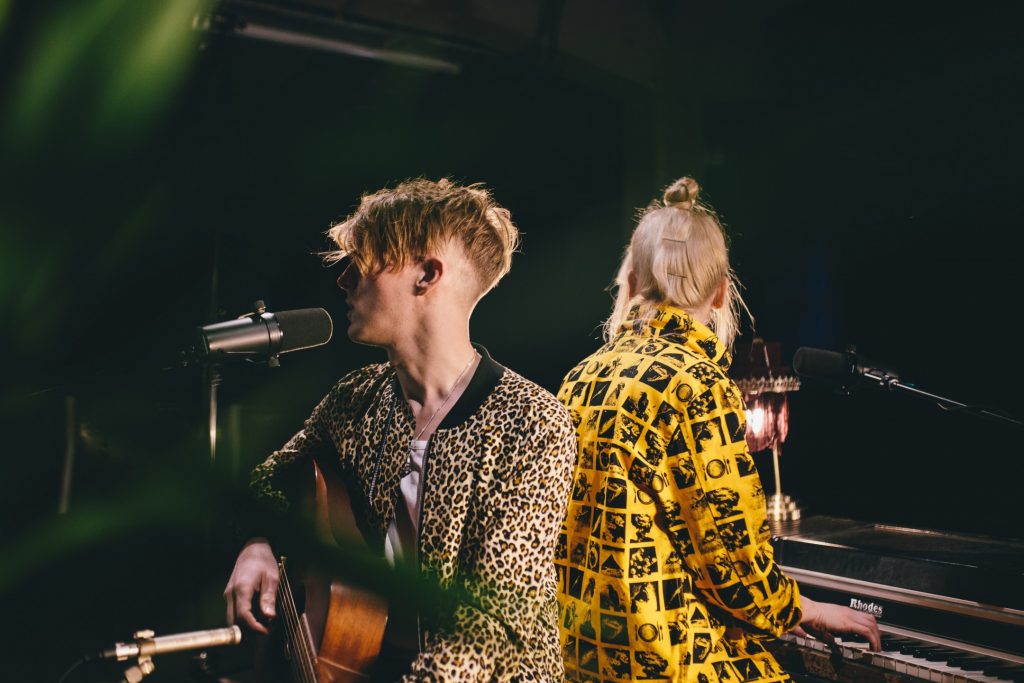 SET to take to the stage at TENEMENT TRAIL 2019, Glasgow’s One Nine have dropped a stunning acoustic version of their debut single, ‘Difficult Days’.

The musical coming together of Kirstin Lynn and guitarist and songwriter Neil Mulholland, the duo started their journey of songwriting and performing at the tail end of last year. The routine of songwriting did not waver in intensity, drawing contribution from their list of musical friends Gang of Four’s Thomas McNeice, Friendly Fires’ Chris Zane and Jimmy Harry, who has worked with Madonna. The resulting debut single, ‘Difficult Days’ is testament to their work.

‘Difficult Days’ is a punchy, energetic indie-pop track that boasts thunderous percussion and an anthemic chorus which feels almost triumphant and orchestral compared to the intensity and force throughout the verses. However, in the acoustic version that One Nine have revealed, the track is stripped back to a sentimental, with a chorus that swoons and flows, rather than crashes and punches.

Vida 'When the Sun'