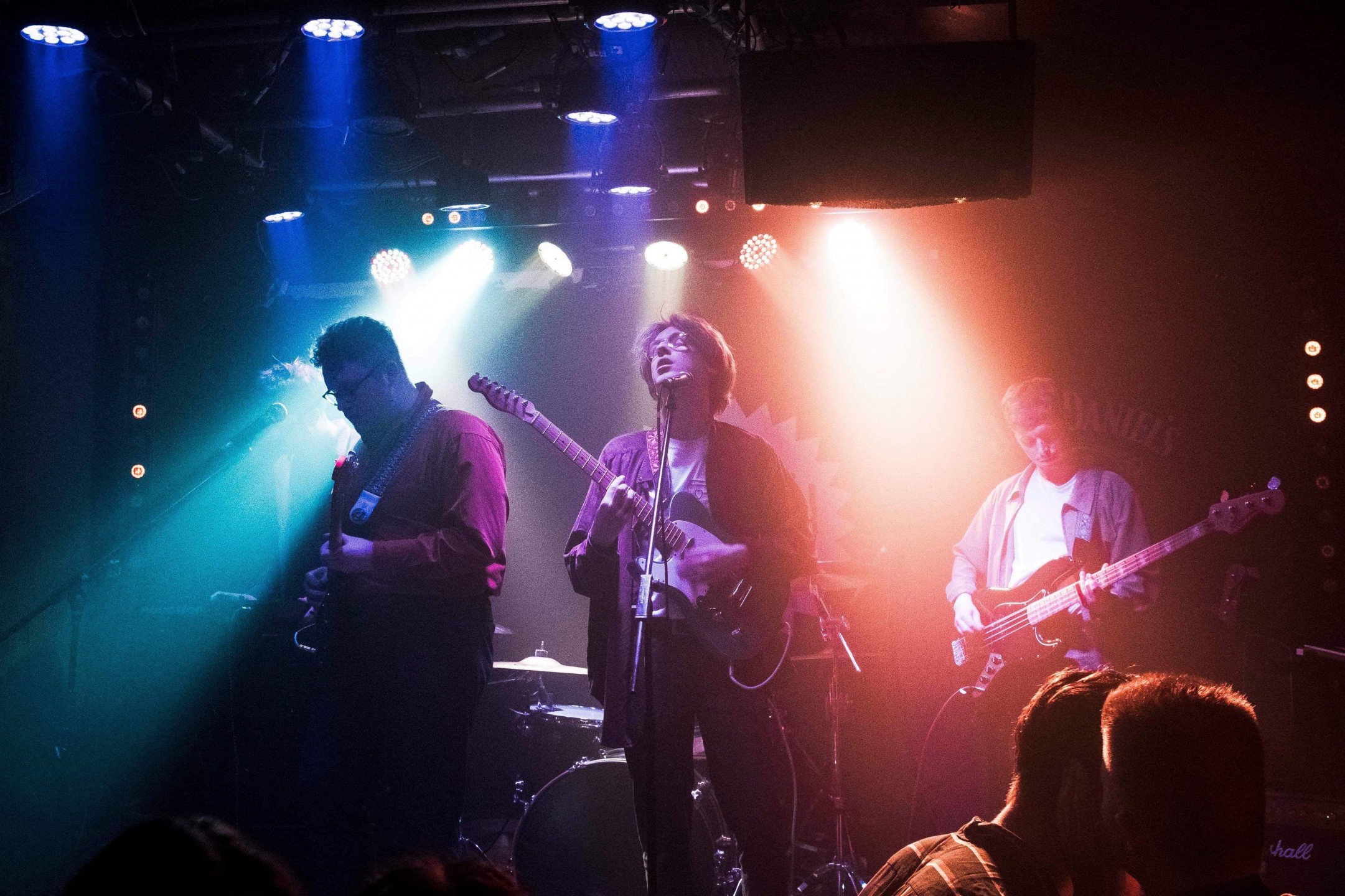 The first tune of 2020 from this quintet sees them working Guy Galactic (formerly of Model Aeroplanes). This renowned collaborator and producer has also worked with other Dundee artists BETA WAVES, st martiins and Billy Mitchell, and on this release helping PLASMAS take the intense atmosphere of their live shows to record for the first time.

Leaning more towards the darker side of indie-pop on this tune, PLASMAS blend elements of 90s shoegaze and pop songwriting of Teenage Fanclub and Ride, with a bleaker sound and more intricate synth and guitar sounds not dissimilar to that of earlier bands such as The Cure and Bauhaus’ ‘In The Flat Field’. The dreamy-like space in this tune is perfectly filled with repeated cries of ‘only when the sun is shining through you’, this track takes the starry-eyed lovingness of simple pop music and sends it on an intricate dark-indie journey.

Speaking about the track, lead singer Ross McQueen said “Our lead guitarist Conor literally wrote the entire instrumental himself. He sent us over the demo and we were all pretty blown away by it. It totally drew me into his world and I think it encapsulated an underlying emotion that was lingering within me at the time. The lyrics came pretty quickly after that. There’s kind of like a call and reply thing going on with the lyrics. In the verses it’s pretty full on and direct about how I was feeling, but the main hook, “Only when the sun is shining through you…” comes from a place within that knows it will pass over. You can’t expect to feel bright all the time. This is the first track that James (bassist) has played on as well, which is a big thing for us because he has added so much to the band since he joined. There’s a really positive vibe towards this track from all of us.”

Not content with downing tools during lockdown, PLASMAS have recorded a cover, and video, of The Cure, a band to whom they are often compared, classic ‘Inbetween Days’ from their own homes.

In Between Days (The Cure Cover)

Hope everyone is coping during these strange times. Here's a cover we did of The Cure . Recorded and filmed in isolation. We've got news to come, stay safe xMastered by Euan Dalgarno