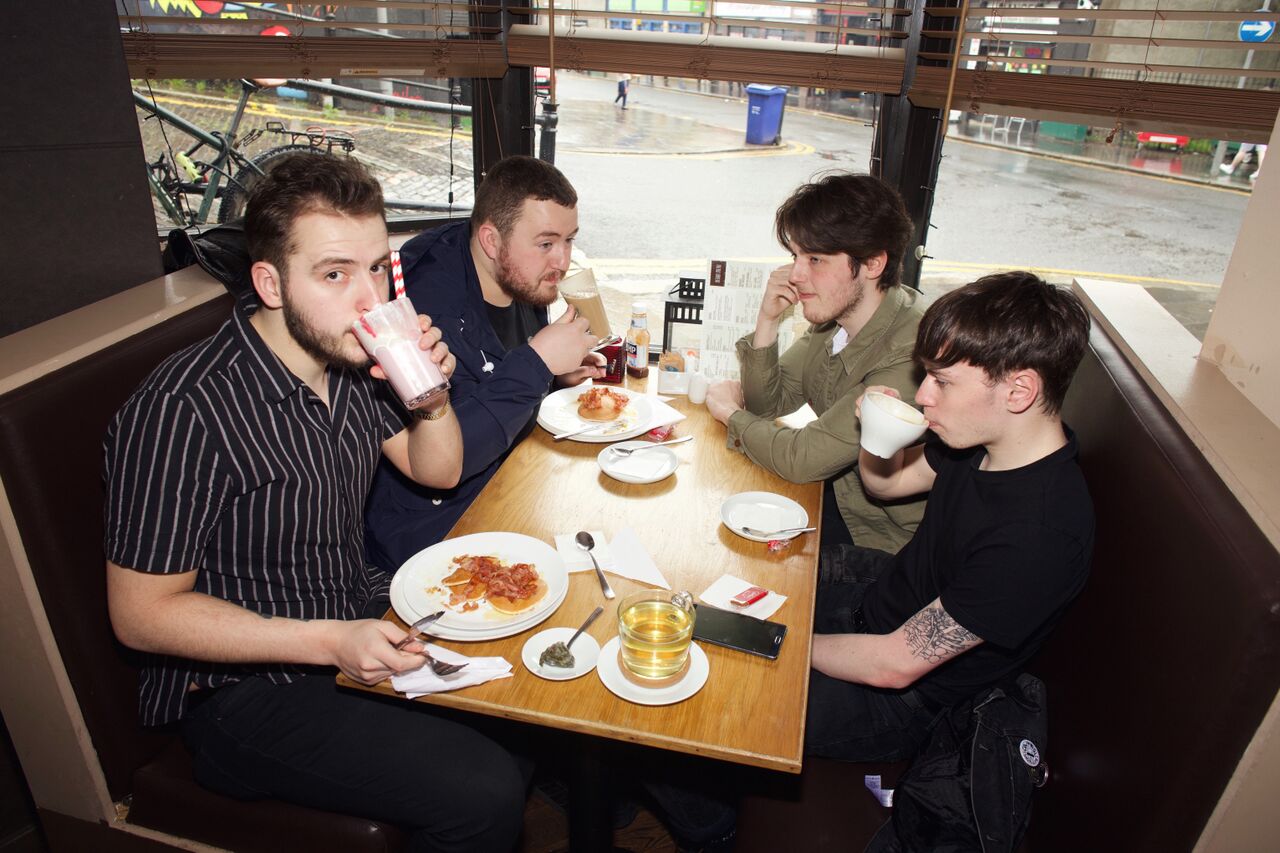 FROM their embryonic stages as prodigious upstarts  striving to find a vein of their own to today’s era in which their shows equate to genuine outpourings of  joy from riotous crowds, it’s safe to say that the past few years have been transformative for SWAY. Far from being the unassuming young men that they were when they first cautiously stepped onto the stage at Paisley’s The Bungalow, both their sound and chemistry has been honed to a point that they seem predestined to improve with each release.

Now that ‘Another Lover’; their first single since the emergence of  ‘To Be A Man’ in November of last year, is upon us, this trajectory of constant growth and improvement is no longer in the realm of the intangible and is on  display for all to see.

For the uninitiated, it is important to note that there is a duality at the heart of the band’s catalogue with the two opposing sides expressed by its duelling lead vocalists. On the one hand, you have the brash clarion calls of Craig Milroy that express the more embittered and incendiary works in their catalogue. On the other, there is the pensive introspection and laments on past indiscretions that are rendered in the dulcet tones of guitarist Matt Aitchison.

‘Another Lover’ emanates from the second of these similarly gripping camps and is a thrilling, fuzz-tinged look at an irreplaceable connection that’s slipped through your fingers. Filled with entrancing guitars, brooding bass lines and the customarily emphatic percussion that’s became a prerequisite of their sound, this latest single resonates as the clearest representation of the sheer power of their live shows that’s been captured on record and it’s the sort of polished product that will act as an auditory skeleton key and open many prosperous doors for them going forward.

Set to play our very own Tenement Trail on the 29th September, the band will mark the release of ‘Another Lover’ tomorrow night with a return to Glasgow’s hallowed The Priory Bar for a late night show. The site of a recent cathartic and wholly impromptu performance from the band after The Saint Lukes & The Winged Ox All-Dayer, they will be joined by indie punk firebrands Gallus with tickets available for the paltry sum of £3 via GoodCareful.

Check out the single now below: