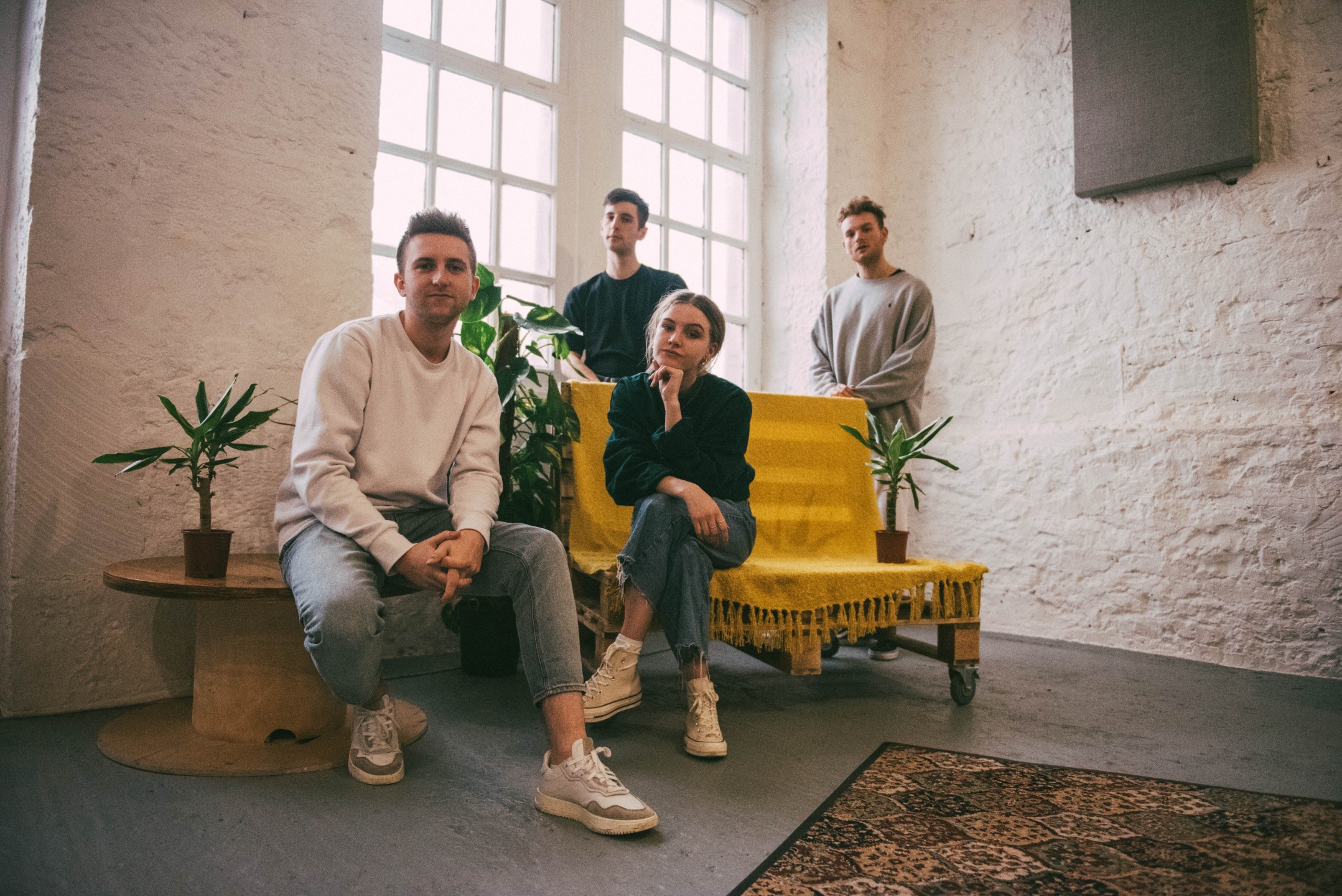 SWIM SCHOOL may still only be in their very formative stages as a group but they have already made a considerable impact far beyond the reaches of their hometown. Flying the flag for Edinburgh’s rocketing indie scene, the band have already seized attention at the likes of Tenement Trail, King Tut’s New Year’s Revolution, TRNSMT, Belladrum and on a nationwide tour with The XCERTS and after kicking this year off with a 2020 TTV Vision nomination and a confirmed slot at music industry showcase Wide Days, the future looks considerably bright for the indie-pop outfit.

Today TENEMENT TV are delighted to bring you the premiere of Swim School’s brand new single ‘How It Should Be’. Described by the band as “an expression of the pure happiness that comes with leaving a dark time behind”, a vibrant sense of optimism and hopefulness beams from its bright guitar lines and shimmering melodies. “This is how it should be” Alice Johnson sings on the chorus, as if the clouds have just parted and the sun is beating down on her face.

Carefully crafting a sound that is as uplifting and vibrant as it is deeply alluring and instantly memorable, Swim School have triumphed yet again.

Speaking of the track, Alice said: ““My lyrics are very raw in the sense that they aren’t modified after first writing them down. They’re very honest and based on real experiences that I’ve been through” states Alice, “I never know what kind of song I’m going to write until I come up with a guitar part for it, then I just take it from there”