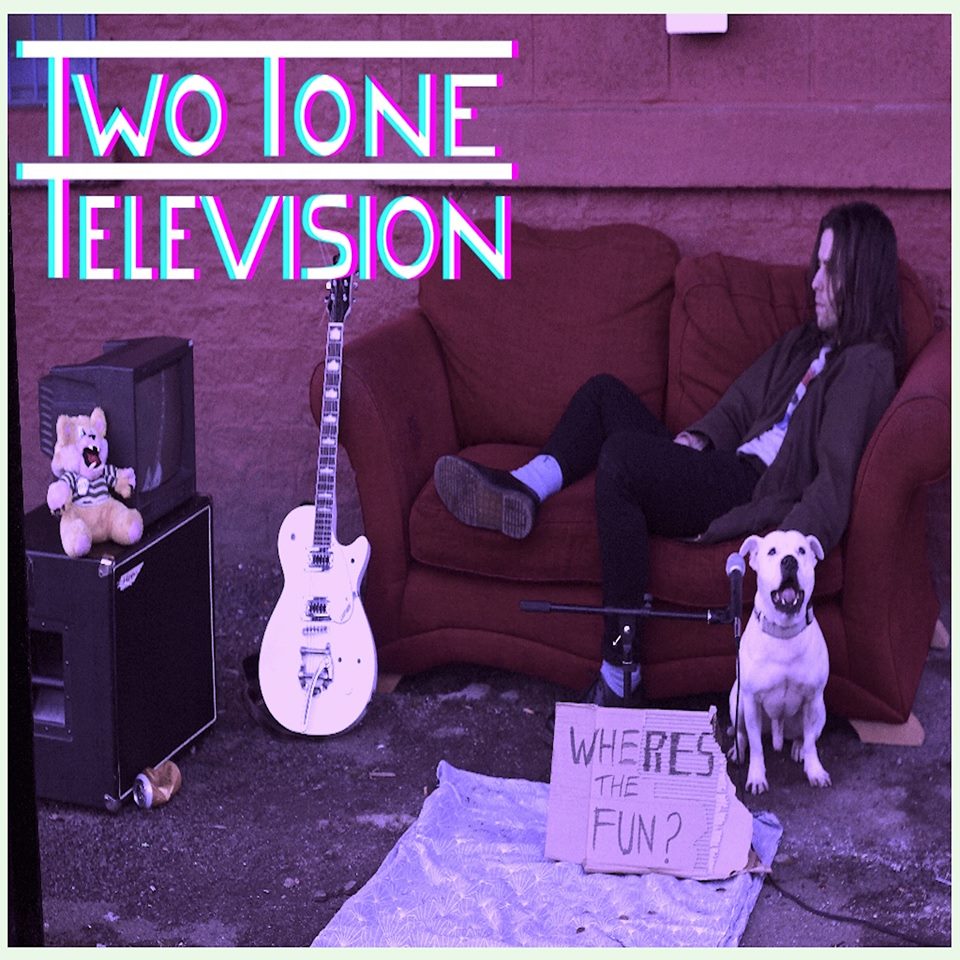 GLASGOW’s Two Tone Television have dropped their first release of 2019, in the form of jagged-edged indie-punk pleaser, ‘The Heavy’.

The follow-up to 2018’s ‘Eight Ball’, ‘The Heavy’ perfectly demonstrates the thin line that bands walk on between a consistent sound and progression, as Two Tone Television have once again produced a resounding ode to punk spirit, coupled with more melodic undertones.

A sound remains constant throughout this song, but feels difficult to tie down. Like so many bands in the Scottish scene, Two Tone Television seemingly draw influence from across the musical landscape. With minimalist and, to an extent, reserved verses, the track demonstrates the cleverness and intricacies of indie music, but becomes somewhat interrupted by a sound far more aggressive and loud. As scratchy, punching guitars are matched by increasingly hostile vocals, as ‘The Heavy’ trudges towards the chorus, the anticipation of it’s ferocity continues to grow with an increasingly darker sound.

The chorus itself is drenched in rock n roll influence, from passionate vocals through to swooping guitar tones, it is at odds with the verses but is the perfect compliment. Known for their striking, and riotous live shows, the band have managed to harness the sound, energy and lasting impression they produce onstage into three and a half minutes of clever and ferocious indie music.

‘The Heavy’ marks the start of an undoubtedly huge year for Two Tone Television, a band that has demonstrated, yet again, their incredible ability to churn out melodic, yet in-your-face, indie-punk.

DRIFT 'The Isle Of'