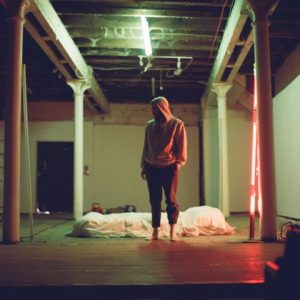 ALT-SOUL singer-songwriter Russell Stewart has announced the release of his debut EP ‘Into View’ on 18th November.

The blossoming artist has also shared ‘Sleeplessness’, the third single to be taken from the EP – it follows on from shimmering lead single ‘Align’ and the recent ‘Inward’.

Every single thus far has showcased Stewart’s knack for combining dynamic, evocative soundscapes with poignant lyrics – and ‘Sleeplessness’ is no different. Written alongside Amelia Kidd of The Ninth Wave, the song captures Russell’s struggle with insomnia while showing a darker, more intense side to his songwriting.

Finding itself somewhere between the state of waking and dreaming, there’s an otherworldly feel to it that replicates that strange state of flux – with Amelia’s ethereal vocals beautifully complementing his own silky soulful tones.

Amid the darkness though, there is a sense of hope and optimism that shines through the nuanced track. ‘There’s comfort in the sleeplessness’ he sings over crushing beats and shimmering electronics.

Meanwhile, check out ‘Sleeplessness’ below.