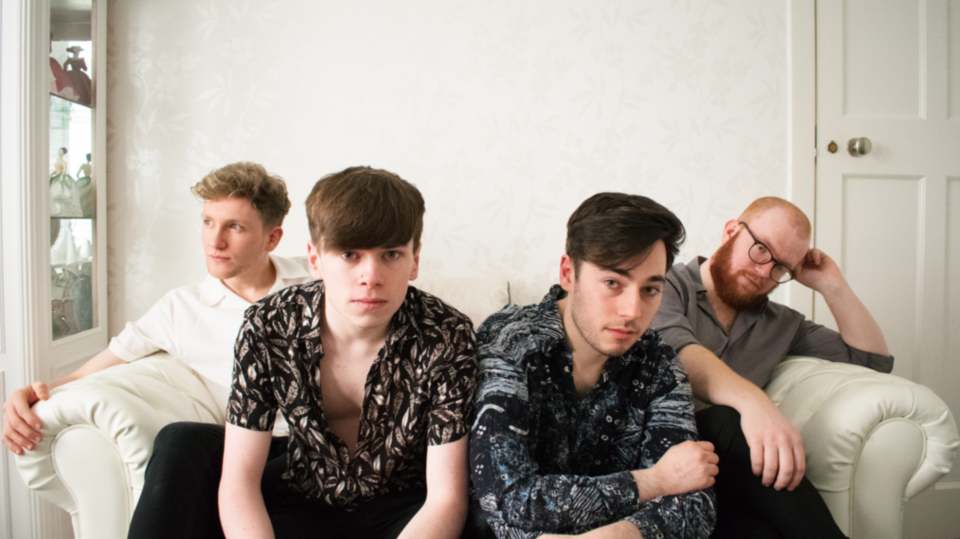 THE product of a shared affinity for infusing exuberantly poppy melodies with the more austere and melancholic, Sobriety have authoratively heralded their arrival with ‘Ronnie’s Song.’

After building up a head of steam amid Glasgow’s thriving alt-rock scene as intriguing outliers that would intermittently rear their heads before retreating back into the shadows once more, the four piece have now dispensed with the elusiveness and provided a document of what’s to come with their foreboding debut single. Produced by Gianluca Bernacchi of The Vegan Leather, the juxtaposition between their knack for jarringly catchy hooks and the easily detected proclivity for the more lurid sounds of post punk that reside at the nucleus of the band is on full display over the course of what is a gripping two and a half minutes.

An ode to an enigmatic love interest whose self-destructive tendencies are viewed  as more of a desirable trait than a deterrent, ‘Ronnie’s Song’ is rendered in a spaceous and minimalistic style that recalls the brooding sonics of Turn On The Bright Lights era Interpol. A daring introduction that displays their unwillingness to pander to the pervading trends of the day, there is a wealth of potential on display teamed with a commitment to doing things by their own credo that goes beyond just being contrarians for the sake of it.

‘Ronnie’s Song’ will be formally launched on Friday 30th March at The Priory Bar alongside Nasari, Flakes and a DJ set from The Vegan Leather.

Check out the track below now: