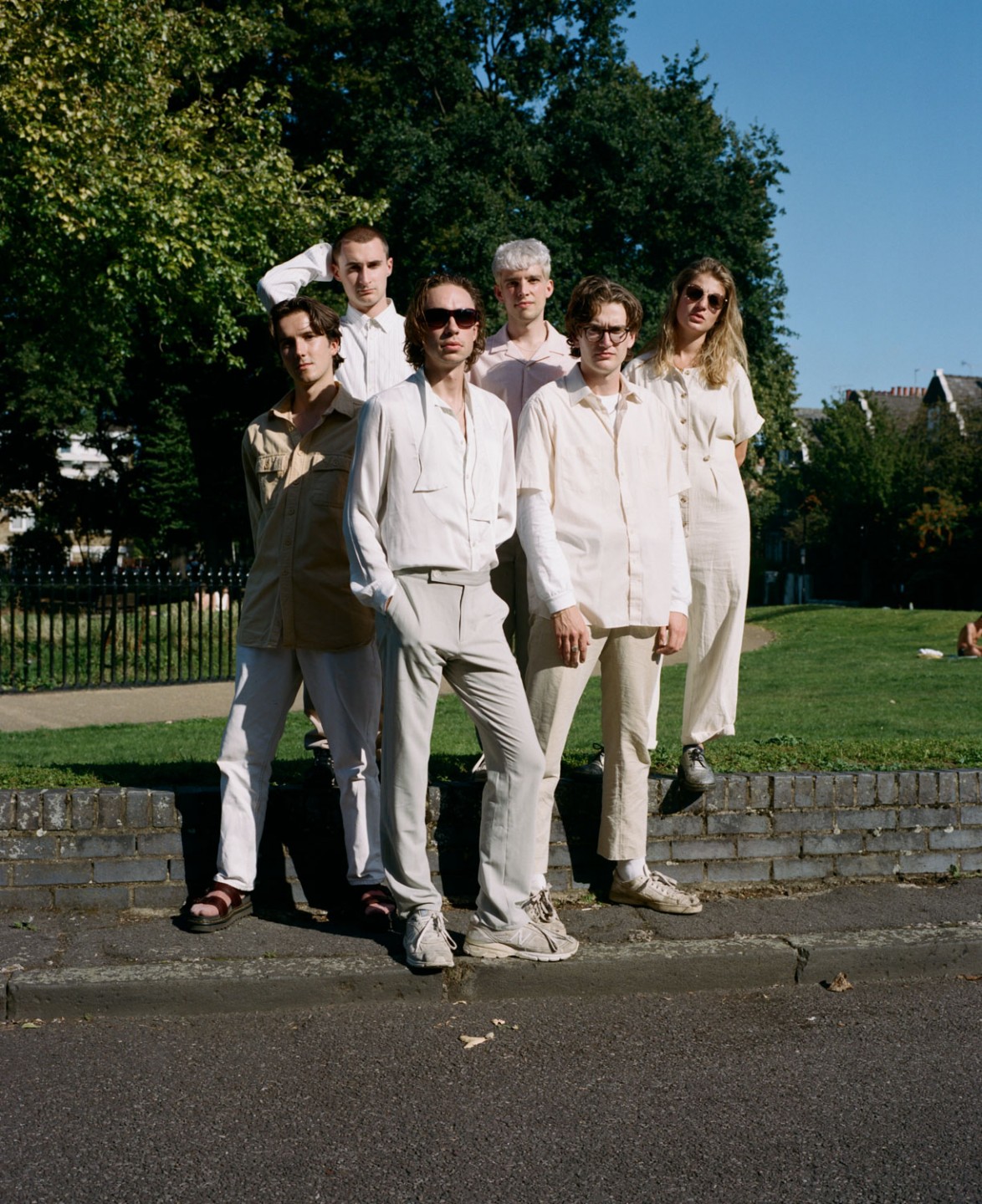 Premiered as Annie Mac’s ‘Hottest Record in the World’ on Radio 1 last night, the band’s latest instalment is dominated by a scorching bassline and frontman Alex Rice’s urgent vocal. Full of their signature hooks and fuzz-laden swagger, the six-piece once again offer a wry commentary on middle English tedium, this time turning their heads towards misguided patriotism and questionable politics.

Tailor-made for their frenetic, high energy live shows and recorded at Livingston Studios with long-time collaborator Burke Reid, frontman Alex Rice says: “Oli came in one morning with the opening bass idea and we’d finished the song in a morning. It was unusually easy. It’s a lot of fun to play.”

“The songs are written to be a spectacle live. That’s where you’ve got to hear them, front row, with most of the parts played wrong. No one’s doing it better”

‘The Races’ is the latest track to come from the band’s as-yet untitled debut album which will arrive in 2020. Currently on their biggest UK tour to date, they will stop off at Glasgow’s King Tut’s next week as well as Leeds, Newcastle, Liverpool and many other cities before finishing up with an eagerly anticipated show at the O2 Kentish Town Forum in London.

Confidence Man 'Does It Make You Feel Good?'

The Big Moon 'Take a Piece'