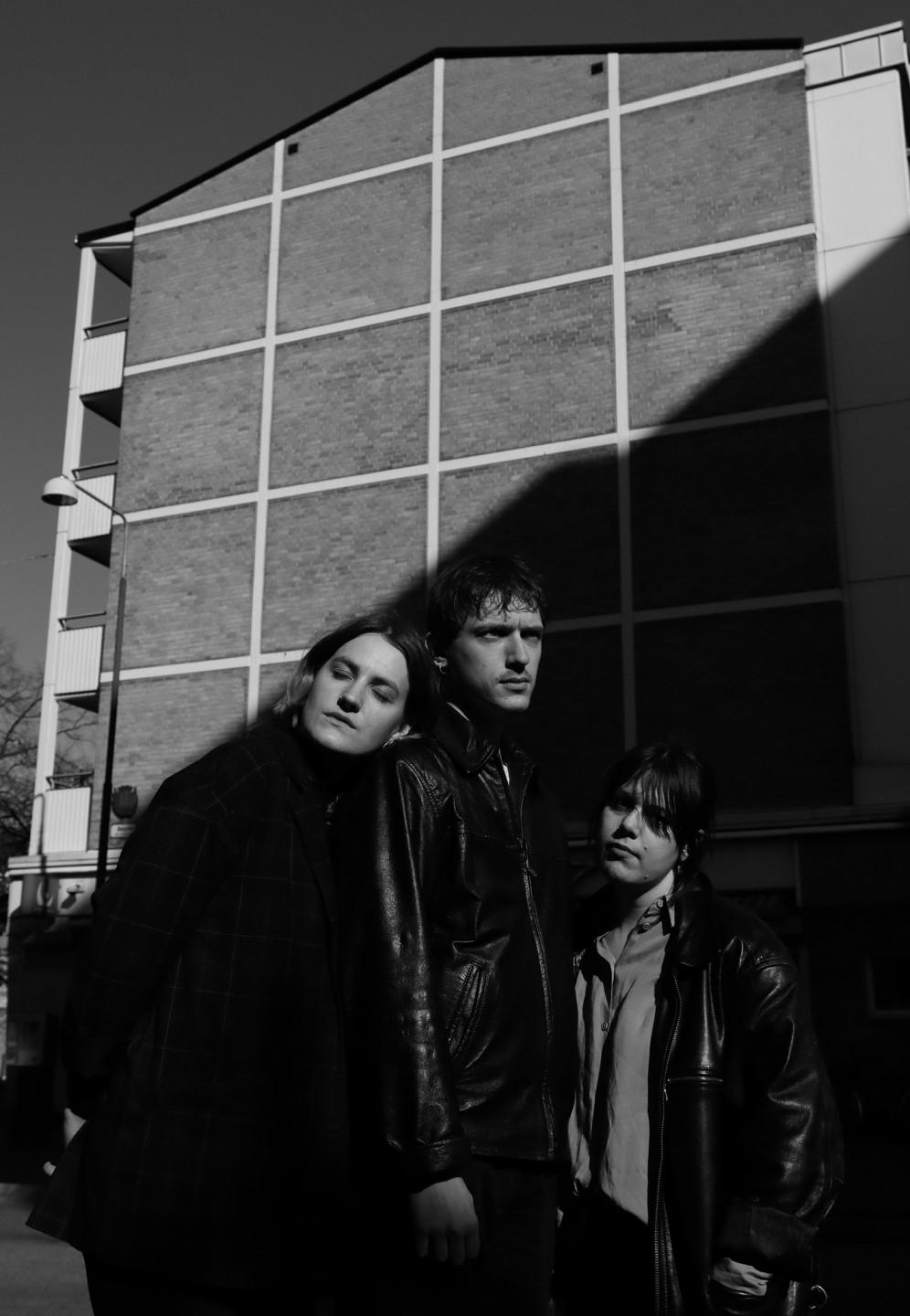 ‘Happier Happyless’ is the band’s first single since last year’s ‘Mouth Full Of You’ EP and the latest preview of their debut album ‘Drive-Through Chapel’, slated for release around Autumn time. Built on a foundation of pulsating synths and industrial beats, the band cleverly balance the cold, razor sharp electronics with growling shoegazy guitars and Elin Ramstead’s ethereal vocals, yearning one minute and euphoric the next. Gliding effortlessly over the verses before delivering the rousing anthemic hook, it’s a track that pulses with emotion.

In their words “Happier Happyless” is a bittersweet song tackling themes of unrequited love, revenge and the concept of happiness. In part a homage to 2001 slasher movie Valentine – an outrageously bad but somehow noble failure of the post-Scream horror boom – and written with the aim of having “a memorable hook, a thumping synth bassline and a gazey chorus” its subtly shifting tonality is the perfect introduction to the band’s mercurial sound on debut album Drive-Through Chapel.”

SEIL LIEN 'I Am Fire'