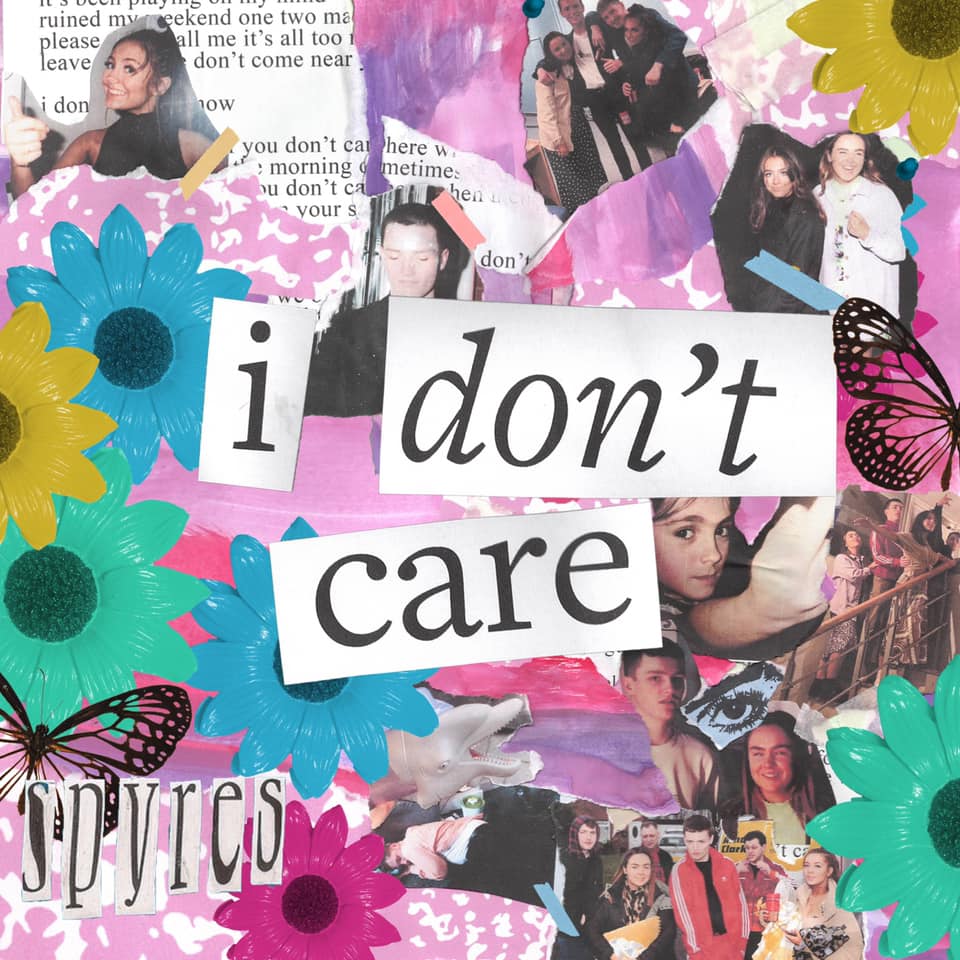 SPYRES had a lightening start to their career last year, instantly catching the attention of Radio 1 with their first two singles ‘Otherside’ and ‘Fake ID’ before signing on with massive UK and US touring agents after only a few gigs.

The pandemic may have put many of their plans on pause but it did give them time to retreat into their craft and build on the strong foundations they had laid down in a remarkably short period of time. ‘I Don’t Care’ is the first new song to be heard from those productive summer writing sessions.

Marking only their third official release, it’s another stellar track to come from 7 West Studios under the stewardship of Chris Marshall and Johnny Madden and finds the band treading exciting new ground. Fully embracing their pop sensibilities, the instrumental feels brighter than previous offerings as they channel coming-of-age themes into soaring pop choruses and guitar-driven melodies. Much like ‘Otherside’ and ‘Fake ID’, it’s instantly addictive and demands repeat listens.

“It feels like a pure coming of age song, like it could be in a movie” says vocalist/guitarist Keira McGuire as they rejoice in the serene power of freeing themselves of toxicity. It’s a big cathartic pop-rock anthem of the Kelly Clarkson variety.

Emily Downie says “When a few of the restrictions were lifted, we went straight into the studio and started writing something new, trying to do something different and ‘I Don’t Care’ is the sum of that.

Keira McGuire adds “We had to adjust to a new studio since Lo-Fi closed due to COVID, and we couldn’t do things the way we usually do but we worked around it. I remember when we went to write it, we were trying to think like ‘what should we write about?’, It was pure weird because Me and Emily haven’t written a song like this before but it came together. We even made some of the lyrics up five minutes before getting into the studio”

The Lounge Society 'Burn The Heather'