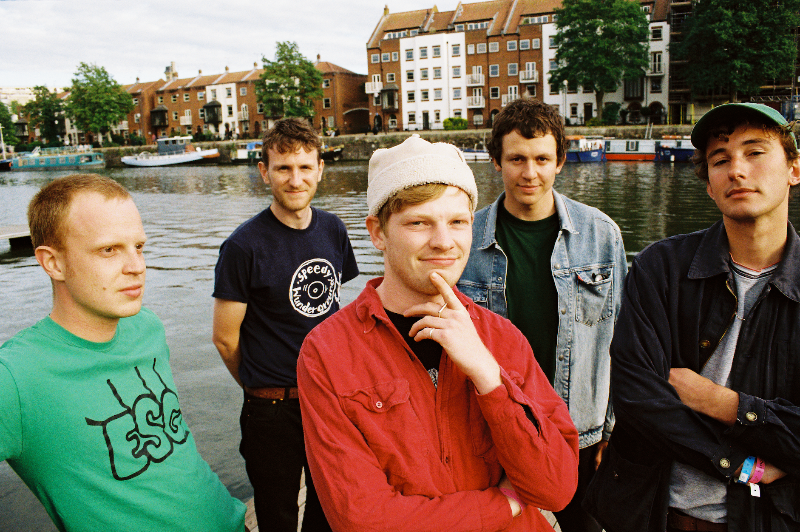 The Brighton-based five-piece have built their name across the UK music scene through not only their stunning live shows, but also through a steady run of singles. Fresh of the back of two huge singles in ‘The Cleaner’ and ‘Match Bet’, Squid have dropped the full ‘Town Centre’ EP which perfectly represents the band intricate style of not only instrumentation but lyricism.

One of the shining stars of this release is the seven and a half minute long grooving masterpiece of ‘The Cleaner’, a track so engrained in post-punk eccentricity and consistent groove it trudges through in waves that incorporate everything from swooning vocals to intense percussion and atmospheric guitars. Speaking of the track, keyboard player Arthur Leadbetter said, “The song is a story for us. One that feels like you’re on a movie set while the camera is rolling, but the lead actor has lost the plot and split his mind between those closest to him.”

Squid once again worked with produce Dan Carey on this record, a creative who enthusiasm for this band and their sound shows no signs of wavering. “I love Squid so much. To record with them is such a joy – the room is a sea of ideas and enthusiasm without any clashes of ego, every suggestion is given full attention. This, combined with their musicianship results in beautifully inventive music, underpinned by a hard steady groove and topped with lyrics that are important and surreal.”