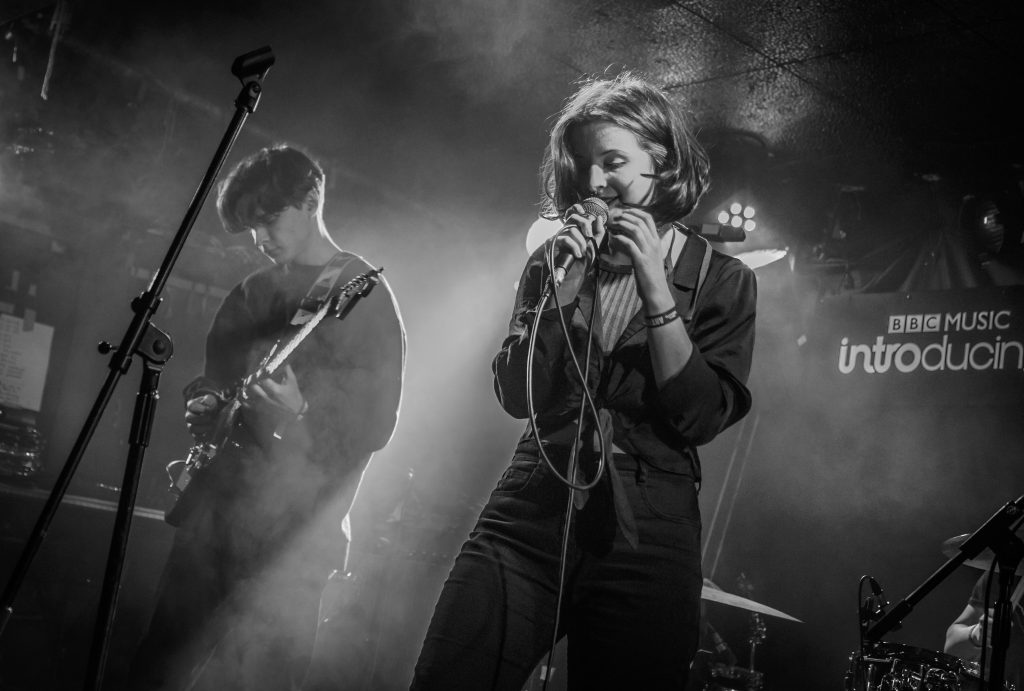 ONE of the first names announced to play this year’s newly relocated Tenement Trail, Dundee’s ST.MARTiiNS are back with a stunning new track called ‘Want God’.

After a prolific 2018 which saw them not only gain a strong foothold in the Scottish music scene but also seize the attention of tastemakers down south, the recent LAB Record signees continue to develop their irresistibly alluring sound on their latest instalment.

Bold and incredibly dynamic in execution, ‘Want God’ is perhaps one of the duo’s most intricate releases to date. Katie Lynch’s distinctively dreamy vocals are contrasted by her hard-hitting lyrics as she grapples with anxiety and her own relationship with faith. Her restless state of mind is reflected by the song’s equally tumultuous instrumentation; surging guitar parts meet languid melodies to create something that is as visceral as it is poignant

Adding more layers to their unique brand of woozy pop, Katie Lynch has said of the song: “it was initially loaded with bitter sentiment and to be directed at how vacant and passive the people around me were being during hard times. However, as I wrote the lyrics, I realised it had instead become a song about myself. I am not religious, but I love religious imagery in our songs, my morbid obsession with nothingness and my own relationship with faith”

After supporting Cigarettes After Sex in Edinburgh this weekend, ST.MARTiiNS headline Glasgow’s Nice n Sleazy on 4th June and Dundee’s Beat Generator on 5th June. They return to Glasgow to play Tenement Trail on 12th October.

Check out ‘Want God’ below.