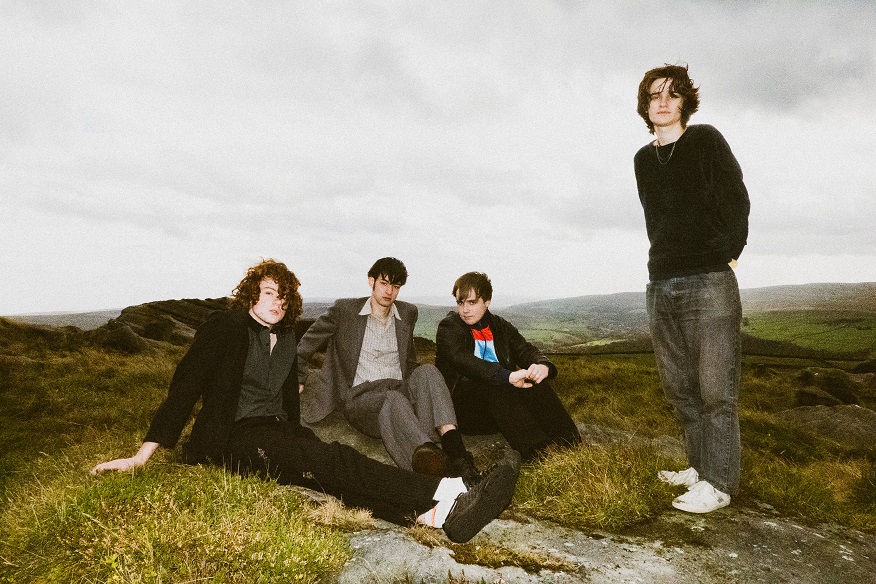 DEBUTED on Lauren Laverne’s BBC 6 Music radio show this morning, The Lounge Society are full of funk punk swagger on their new single ‘Burn The Heather’.

Recently signed to Speedy Wunderground, the West Yorkshire teens brought out their debut single ‘Generation Game’ back in March to widespread acclaim, so much so that it flew off the shelves and led to the label’s first repress since Black Midi.

Confirming that their initial success was no fluke, they’re back with ‘Burn The Heather’; a strutting punk-funk number with themes of deep inequality and violence. Lead singer Cameron Davey paints a very vivid picture, delivering his visceral lyrics against insistent beats and ever-present synths as they take aim at the rural ruling class and their grouse-hunting habits.

They comment “Burn the Heather is a song deeply rooted in where we come from. The lyrics are our interpretation of some of the darker aspects of where we live, and our personal reaction to them. Musically, Burn the Heather is intended to be an adrenaline shot to the brain. We wanted this to be the second single all along. We don’t want to be just another post-punk band, and we knew Heather would keep people on their toes. Unlike a lot of our tracks, the guitars are quite minimal and the rhythm really carries it, and we think it works really well. We want to make people move.”

Directed by Nick Farrimond, watch the video below.

Phoebe Bridgers 'If We Make It Through December'