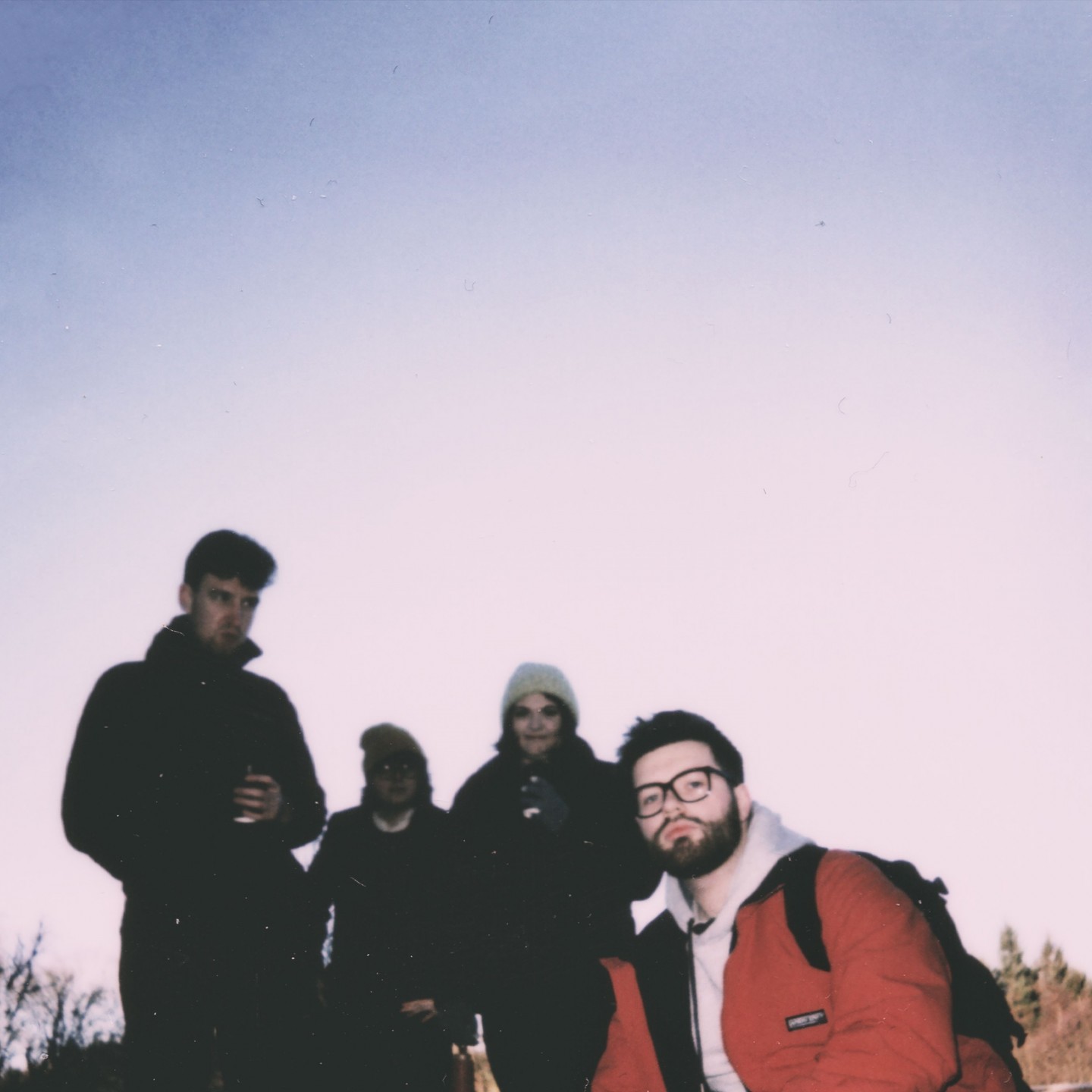 ANGER. Terror. Anxiety. Seething rage. The Vegan Leather’s new single has it all. Never before have we heard the Paisley outfit so fast and furious as they are on this brand new single.

Known for pushing the parameters of their sound with each invigorating release, ‘Who’s Knocking On My Door?’ sees them launch us back to the gloriously debauched days of new rave with a deluge of heavy riffs, bleeping synths and furious vocals. Think ‘Atlantis to Interzone’ Klaxons meets ‘You’re A Woman, I’m A Machine’ Death From Above 1979. It’s hyperactive and instantly infectious.

Discussing the track, Marie Collins says “WKOMD is a swirl of anxiety, terror and a lot of rage. It’s based on feelings of anger and frustration at an unjust situation. As a band we’re all quite easy going, so I think the song was a vehicle for us to let some repressed inner rage come out! The song captures that feeling when you’re a bit terrified but you channel anger instead of fear.

“There’s a classic back-and-forth TVL dialogue between Gian & I in the verses that captures a sense of chaos and disillusion, but swells into a united chorus where we come back together.”

“We’ve been writing and recording remotely through lockdown but I think we manage to retain a sense of urgency and you can feel the frustration bursting out. It was really fun for Gian & I to have the opportunity to absolutely scream our heads off at each other! We’d be sitting on video chat recording, letting loose shouting down our mics at each other then we’d just burst out laughing after each take.”

Gianluca Bernacchi adds “I feel this is definitely our heaviest song, but it’s also one we’ve been sitting with for a very long time. The first ideas for this song where put down back in August/September 2017. The melody at the start and the high-pitched guitar during the choruses are still the same first take recordings from back then.

We revisited a few times between then and the making of the album, but we just couldn’t get gelled with it. Two days before the first lockdown (March 2020) we recorded the drums at Park Lane Studios with Lewis Andrew, completely on a whim. We had ‘Gloaming’ to record as a priority and ‘WKOMD’ was just a little something extra if we had time. Duncan’s drums give the song so much life, Matt’s bass too! They give Marie and I such a firm foundation to lose our minds over.”

Strap yourself in and give the track a listen below.

Be Charlotte 'we are burning'