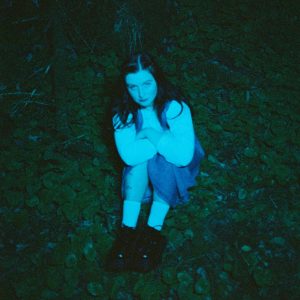 The singer-songwriter started the project with the release of ‘Winter Song’ this time last year – a raw and emotive track full of melancholia and plaintive guitar riffs. ‘Spring Song’ soon followed months later to indicate the turning of the season – at the time we said it was “more optimistic in its outlook, circling around the line ‘spring will bring a second chance’.

Now the Dundonian has completed the project with the summer and autumn tracks. Continuing in the vein of those that came before, the tracks are full of raw vulnerability and poignant reflection – Theo Bleak’s delicate vocals delivered over moving instrumentals that meld seamlessly together. ‘Summer’ is more intimate, backed by acoustic guitars, while ‘Autumn Song’ opens up with driving drums and dreamy guitars.

As a whole, the piece is a timely reminder of the cyclical nature of the seasons, how climate is changing and how this is intertwined with our own experience.

Upon the EP’s release, Theo Bleak said “‘For Seasons’ is out 🕯was so worried sick but here i am with a release and its an important one. the climate is definitely changing; let us notice how entwined the seasons are to our complicated human lives.”

Opening up further, they said “this project actually gave me such a headache at points because it’s really hard to soundtrack the present. some of the initial versions of summer song in particular were so stinking, when i returned from running away to Skye, i finally had an attentiveness to finish the songs. i actually listened to them a lot because they placed me within the feelings i wrote them about. id had such of an appalling sadness this year too and I felt so left behind, like i couldn’t understand why i couldn’t just be ‘normal’ and make something of myself. i reached a level of internal loneliness that felt like one of those trees that stand alone in a field surrounded by fog. i think a lot of people are good at hiding the inadequacy they can feel as an artist, or maybe they just don’t feel it but i certainly do lol!! i love music tho, i love that it’s always there for me!!! i love that people have messaged me to say they like the ep. I’m gonna keep releasing music forever.”

Dutch Wine 'As The Sun'