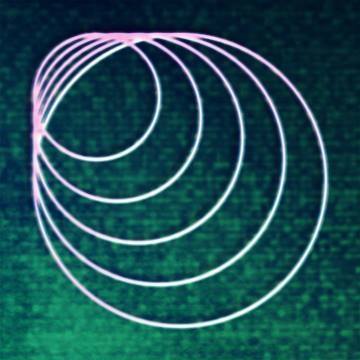 HAILING from Glasgow’s south side, Tomorrow Syndicate have held an elusive presence in the city’s music scene until now; their output thus far generating a notable online buzz despite having never performed a live gig. The sense of mystery and excitement continues to build with the release of their new 7” inch single ‘Into The Void/X For The Unknown’; the two tracks forming an intriguing yet equally promising introduction to the new outfit.

Released on London’s Polytechnic Youth, the two tracks offer something slightly more guitar-centric than we’re used to hearing from the label; creating a kaleidoscopic fusion of pop, motoric rhythms and krautrock intensity that is equally as mesmerising as their accompanying visuals. Homemade sounds with an electro-pop sheen, both tracks don’t immediately claw for your attention but expertly slide their way into your consciousness; the first with its bright melodies, layered vocals and squelchy keyboards and the latter with its darker propulsive beats and immersive soundscapes.

With the creative vision for the single said to incorporate an ‘old sci-fi movie’s interpretation of space’, there are signs of a varied number of influences being used to create something modern and unique. Tomorrow Syndicate may be a low-key prospect for now but there is something special here that is suggestive of a bright future ahead.

Check out the two tracks below:

Andy Oliveri and the Mountaineers 'Where The Wild Flowers Grow Fondly'