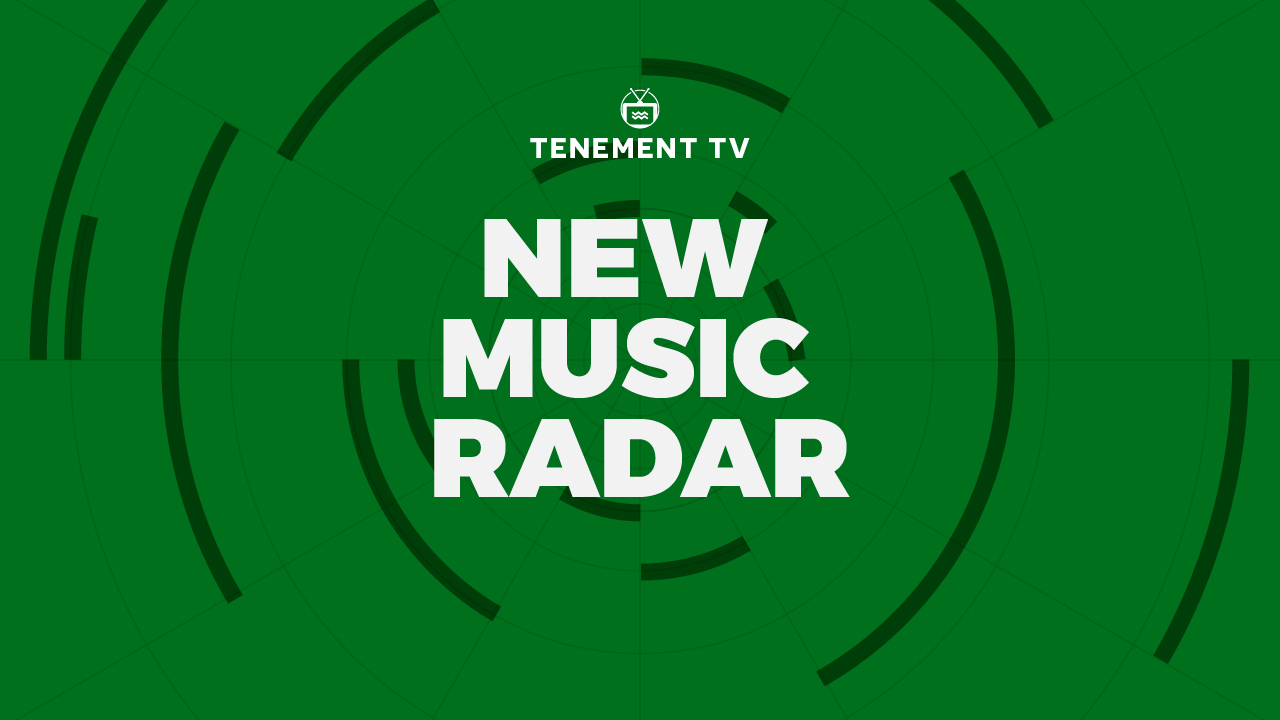 IN the latest edition of TENEMENT TV’S NEW MUSIC RADAR we take you from Scotland to LA and back again with new tunes from Zoe Graham, IDLES, The Blinders, L.A. Witch, Carla J Easton, Avaera, Beta Waves, Dunt and more.

Another of the 7 West massive, Pleasure Heads have dropped a belter of a new tune in the form of ‘Cosmopolis’. The band spoke exclusively to TENEMENT TV about the new track: “The song was born out of a frustration with the effect the World Wide Web is having on the planet. On paper, we’re more connected than ever; images and ideas can cross continents in the blink of an eye, yet we’re ironically drifting further apart.” Check it out below:

BETA WAVES have what has felt like soundtracked 2020 so far, with their incredible mix of electronic indie pop, catching the ears of music fans across Scotland and further afield with a stream of very strong singles. The Dundee duo have assembled these tunes into the five-track ‘EP1’, which marks a new milestone for the band, as this is their first EP, following two years of single releases. Opening on their second single of 2020, ‘UDH2’ kicks off ‘EP1’ in incredible fashion, staying true to the bands trademark use of retro-inspired synths and pounding percussion providing the perfect accompaniment to lead singer Dale’s swooning and heady vocals. The lead single of the EP, ‘Come On Over’ quickly follows with one of the band’s biggest choruses to date. The marrying of so many layers provides a stadium sound without overpowering or bombarding the listener. It’s huge, yet personal, eccentric yet real… the perfect electronic pop chorus. The middle of the record is marked by their last single of 2019, the dreamy, warm glow of ‘Ad Lib’, showing a more laid back approach to BETA WAVES’ sound. Drawing to a triumphant conclusion with ‘Hideaway’ and ‘I Had You Wrong’, ‘EP1’ shows BETA WAVES in all their glory, as one of the most prominent outfits in Scottish electronic music.

In the run up to the release of their third studio album, ‘Ultra Mono’, Idles have dropped their third single of the year with heartfelt ballad, ‘A Hymn’. In contrast to the unbridled sonic aggression that flows through many of their songs, ‘A Hymn’ takes on a slightly more shoegaze feel, with ambient guitars playing over a softly spoken Joe Talbot. On the song Talbot said, “‘A Hymn’ is a hymn that rejoices in the sinister flesh-eating virus of the pedestrian. It sings the tune of normal’s teeth sinking into your neck as you sleep stood up with your eyes open. Amen.” A video accompanying the song was released featuring members of the band driving round the area they grew up alongside their parents, reframing an otherwise mundane interaction as tender and meaningful.

Indisputably one of the most exciting breakthrough artists of the past year,  Beabadoobee  today shares her brand new single  ‘Care’ , her first since her BRITs 2020 Rising Star Award nomination and the first track from forthcoming debut album  Fake It Flowers . Beneath ‘Care’s irresistible   melodies, Bea confronts her past and finds catharsis in yells of “ I don’t want your sympathy I guess I’ve had it rough, but you don’t really care! ”. ‘Care’ was premiered as Annie Mac’s Hottest Record last night on BBC Radio 1 followed by the premiere of the accompanying video directed by longterm collaborators bedroom under lockdown. Watch it below:

Speaking about the track, L.A. Witch guitarist & vocalist Sade Sanchez said ‘Gen-Z’ is inspired by a series of articles mentioning the high rates of suicide amongst the Gen-Z due to the pressures of social media. At the same time I read about several music companies not doing well due to lack of interest in people to learn to play instruments. When I was a kid, music and guitar was my escape. Music was how I fought through my depressions. What will the future do to get through it? With constant pressure to be perfect and information/advertisements and brainwashing constantly being shoved in your face, you become a product of your environment. ‘Gen-Z’ is about being a slave to technology, specifically to our phones.”

“I’m old enough to know better, I’ve been through so many experiences within my musical life where I have to be honest and brave,”_ the singer explains.  “But when it comes to my personal life, it’s much less easy for me.” Built around swirling synths and crashing drums, ‘Know By Now’ captures the drama of a classic power ballad through modern pop songwriting. “Although I’m dealing with my issues with honesty within this song, the style and sound are both honest and open – almost an oxymoron,”Graham adds. Check it out below:

Carla J Easton’s latest offering, ‘Never Knew You’, is a bold and ambitious DIY pop anthem with similarly striking visuals. Easton’s second album, ‘Weirdo’, is set to be released on the 28th of August this year through Olive Grove Records, and if this single is anything to go by, we can expect more dazzlingly bright synth-pop from one of Scotland’s most audacious artists. The video, which was directed by Easton, borrows imagery from the story of the fox and the hare, the foe pretending to be friend; which ties in well thematically with the song, which Easton describes as follows: ‘Never Knew You’ acknowledges the pedestal you can place someone on – what you hope they will be – and what happens when they crash down from that height.’ Stream and watch ‘Never Knew You’ now.

Perthshire’s AVAERA further strengthen their catalogue of promising indie releases, with their latest single ‘Grow Up’. Bonding over, and drawing on influences from, the some of Scotland’s biggest indie outfits, including Fatherson and Biffy Clyro, the trio show a strong sense of Scottishness and togetherness in their tunes, with ‘Grow Up’ perhaps being the best representation of this camaraderie. Speaking of the song, the band said “Grow Up is a song for friends; people you have loved for as long as you can remember, new humans who come into your life, changing it into something more wonderful and companions that you cared for but who aren’t there anymore. It’s about evolving and adapting into a world that you’re not quite sure of, one that’s filled with scary ideas and inevitable mistakes. We look to those we love in these times to guide us, keep us safe and to help us see the beauty of it all.”

Marsicans have dropped emotional ballad, ‘Someone Else’s Touch’, their 6th release of 2020 ahead of the arrival of their debut album ‘Ursa Major’. Known for their bright and bouncy hooks and melodies, ‘Someone Else’s Touch’ is a show of the band’s versatility with its tender and more heartfelt tone. Recorded at the legendary Rockfield Studio (Queen, Oasis, The Stone Roses) the soft and subtle arrangement of the track fits beautifully with the video which was shot by long term visual collaborators Sodium Films. The band are set to hit the road again in October in support of their debut album with dates in London, Manchester and Glasgow.

The Madrid-based quartet explain that the new track “‘Burn’ is about inner strength, overcoming what’s ugly, making it yours and owning it. This song is the rage you feel after you fall or when you fight against something that feels out of your hands. this song is about cleaning yourself of old habits, of vice and trauma before you stand up and keep fighting again. This song is about making your skin thicker so it doesn’t break that much. Cause as musicians, we work with our feelings. and that’s why it hurts so much to have to learn how to feel without a heart.”

The video for “Burn”, directed by Mariano Schoendorff, was filmed remotely as the Spanish capital finally began to slowly ease out of lockdown. Watch it below:

London-based band Tempesst today (15/7/20) release their new single and video “Mushroom Cloud”, the second track to be lifted from upcoming debut album Must Be A Dream, out September 30th via Pony Recordings. A wide-eyed excursion of folk-tinged psychedelia with nods to Spiritualized, Galaxie 500, the Flaming Lips and the Beach Boys, Must Be A Dream comprises ten tracks of psychedelic pop grandiosity, combining the classic teachings of Laurel Canyon-esque folk harmonisation with bombastic sensibilities found in the works of Love, ELO, Pink Floyd, Wings and more. Check it out below:

Drummer and producer Dunt has dropped the first single from their forthcoming album, in the form of trip-inspired electronic track, ‘Weird Hings’. With indistinct, echoing vocals providing the antidote to harsh, mechanical percussion, this track does what it says on the tin, building a weird, eclectic electronic ballad, with pauses creating a haunting sense of suspension as the tune shifts to something new. ‘Weird Hings’ forms part of the upcoming record, ‘Starter Pact’, which features collaborations with Solareye, SHEAR and Sam West, set to be released later this year on Glasgow’s legendary Southside Deluxe label.

THE BLINDERS ‘FANTASIES OF A STAY AT HOME PSYCHOPATH’

Just  two years after the release of their debut album ‘Columbia’, The Blinders are back with their second album ‘Fantasies of A Stay At Home Psychopath’ featuring the six minute epic  ‘Black Glass’. Starting off slowly, it soon builds into a frenzy of distorted guitars and wailing vocals from frontman Thomas Hayward. Described by the band as “a song about a disturbed introvert’s conversation between him and himself, whose need for isolation has reached its peak”, it’s one of the stand out tracks of the album and shows that The Blinders are fast becoming a force to be reckoned with.

Welsh four piece Buzzard Buzzard Buzzard have gained a reputation for their energetic live shows thanks to a string of sold out shows and high profile support slots with the likes of Miles Kane and The Magic Gang. The Non Stop EP features fan favourites including ‘Late Night City’, ‘Double Denim Hop’ and the anthemic ‘John Lennon Is My Jesus Christ’. With stomping 70’s inspired riffs and a dose of modern psychedelia it’s clear that Buzzard Buzzard Buzzard have managed to capture their live energy perfectly in the studio.

Today sees rising star Joesef team up with UK hip-hop artist Loyle Carner for the release of “I Wonder Why”, out now on AWAL. The emotional new track is another incredible indie pop offering which sees the multi-talented Joesef take the reins once again to produce, write and recorded the majority of the sultry track from his Glasgow apartment before sending over to Loyle Carner to add his heartfelt verse.