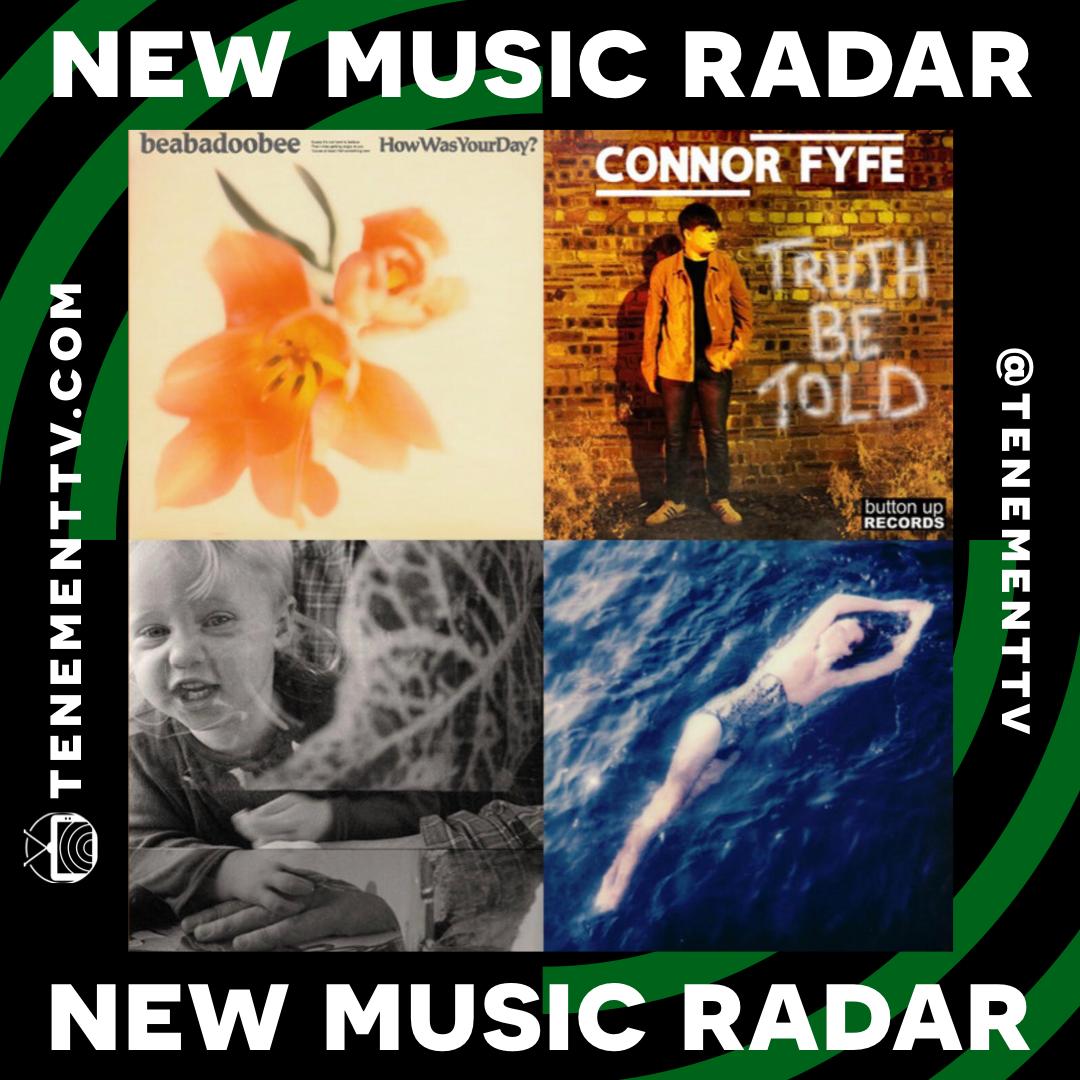 Walt Disco dropped their glorious, theatrical new EP ‘Young Hard and Handsome’ during the week and we’ve had it blasting through the speakers ever since. It’s an EP that radiates fun, glamour and drama and it comes armed with a vital message – to be fearlessly and unapologetically yourself. Previous singles and outsider anthems ‘Hey Boy (You’re One Of Us) and ‘Cut Your Hair’ strut forwards in all their timeless splendour and 80s pomp; a striking amalgamation of choir harmonies, pulsing dancefloor rhythms and endlessly quotable lyrics. ‘I’m What You Want’ is a glam stomper that features some electrifying guitar work while final track ‘Heather’ is a more considered slice of modern pop that channels Charli XCX and Christine & The Queens. Led by the operatic vocals of James Potter, ‘Young Hard and Handsome’ captures Walt Disco at their very best – powerful, flamboyant, freeing and full of ambition. It’s a celebration of queerness and difference, fuelled by defiant joy and a desire to break free from the status quo. In a world that feels overcome with greyness, Walt Disco are a vital antidote.

After drip-feeding us with one deeply affecting single after another, Glasgow singer-songwriter Cara Rose has shared her debut EP ‘Urges’. Opening with her stunning debut single ‘Learn To Speak’, described as ‘a tale of turmoil and resolve’, the EP touches down on themes of love, self-preservation and more across its five tracks, revealing new emotional truths with each and every listen. Piano-led ballads such as ‘Learn To Speak’ and ‘Tough Love’ are accompanied by richly produced offerings such as the upbeat and instantly addictive ‘Ain’t No Use’, ‘This Nights Man’ and the stunning title track – perhaps the EP’s crowning moment. Brimming with soul and personality, it’s Cara Rose’s incredible vocals that sit front and centre of the collection though, so tender, clear and distinct in their delivery and allowing her emphatic songwriting to shine through.  Gathering momentum with each and every release, ‘Urges’ further cements Cara Rose’s position as one of Glasgow’s brightest new musical talents.

Two years after the release of their self-titled debut album, Goat Girl are back with news of its follow-up and an enticing new single called ‘Sad Cowboy’. While their first album was defined by knotted western jams and stark lyrical narratives, this new track is more cinematic in scope. Produced by Dan Carey, the track indicates a colourful progression in their sound; cosmic synths glide alongside their gritty guitars while hypnotic swirling melodies build into an off-kilter yet deeply entrancing instrumental.

“Sad Cowboy centres around the idea of losing a grip on reality and how often this can happen,” says Goat Girl’s Lottie Cream. “When you’re within a world that constantly makes you feel as though you’re living out a really bad dream, disillusionment is inevitable.”

Steadily amassing a loyal following all over the UK and beyond, The Snuts continue their rapid ascent with the release of a moody new single ‘Always’. Deeply atmospheric from the get-go, Jack Cochrane’s passionate vocals and lovelorn lyrics are delivered against rousing guitar lines, ghostly harmonies and a steady drumbeat. It’s the kind of track that reflects the band’s move to the Main Stage, brimming with ambition and confidence. Never afraid to shake up the indie-rock template, it is sure to go down a storm with their ever-growing fanbase.

Romy from The xx unveiled her debut single this week and it’s a euphoric club banger that will have you yearning for the dancefloor. Drawing influence from Eurodance icons as much as it does modern pop heroes like Robyn and Jessie Ware, ‘Lifetime’ is a vibrant dose of escapism; an end-of-times love song that puts forward a message of togetherness.

“My intention with this song is to celebrate life, togetherness, to appreciate the moment before it’s gone,” she says in a statement posted to Instagram September 29.

At the age of 14, Lanarkshire-based singer-songwriter Connor Fyfe recently etched his name into Scottish music history by becoming the youngest ever artist to sell out King Tut’s. All tickets for the December show were snapped up within 24 hours of going on sale. With a string of sold-out shows now booked in Glasgow, Edinburgh and Dundee for whenever live music returns, the teenager has amassed a significant following over the last couple of years and has already made his mark at some of the country’s top venues and festivals. Earlier this year he unveiled his debut album ‘Don’t’ and now he’s back with another big indie-rock anthem called ‘Truth Be Told’. Once again displaying a knack for crafting memorable, guitar-driven hooks, the track channels the strident, heartfelt anthemry of Bruce Springsteen in its soaring  choruses and strikingly passionate vocals. There’s a raw charm to Fyfe’s songwriting but the potential is staggering. If he continues in this rich vein of form, we predict a blindingly bright future ahead.

BETA WAVES have teamed up with a number of up and coming Scottish producers for the release of a new remix EP. Such is the malleability of their intricately produced electronic pop, the collection revisits the likes of ‘Come On Over’, ‘Ad Lib’ and ‘Hideaway’ and gives them a new lease of life. Highlights include The Vegan Leather’s delectably funky take on ‘Come On Over’ which transforms the track’s sweeping, dreamy soundscapes into an incredibly tight and upbeat slice of pop. Elsewhere Autobahn 86 add their signature touch to ‘Hideaway’, giving the track pulsing dancefloor edge, while Floatinurboat’s ‘I Had You Wrong’ is an enthralling listen, dipping in and out of the original melody alongside sequences of soaring late-night electronica.

Signed to Alan McGee’s Creation 23 label and championed by the likes of Steve Lamacq on 6Music, Scottish indie outfit Shambolics are back with ‘Love Collides’. Already a live favourite, the Britpop-inspired track traverses through shifting time signatures, key changes, dreamy vocal harmonies and electrifying guitar work. Palpable with emotion from start to finish and driven with sense of urgency, it’s another triumph from the Fife-based outfit. “Love collides is a song about when a relationship is on the brink and is ‘forever going wrong’” explains the band’s Darren Forbes.“The track contrasts between minor key and lyrics about how everything is breaking and then opens up in the chorus in a major key with optimistic lyrics.” Says Forbes. “Love is colliding but we can keep it together.”

After sharing massive new wave banger ‘No Talk’s The Best Chat’ back in June, Glasgow-based outfit MOY have continued their impressive run of form with the release of ‘At My Door’. Following in the same vein as their previous single, it’s a guitar-driven anthem that explodes to life on its gargantuan chorus – all crashing rhythms, chanting vocals and heavy riffs. Soaked in 90s inspired nostalgia, the band’s enigmatic frontman is brimming with charisma throughout – effortlessly cool on the subdued verses and bursting with passion on the rocky choruses. Usually shrouded in ambiguity, it’s easily the most direct and anthemic track we’ve heard from MOY and they absolutely thrive on it.

Juan Laforet ‘Would You Go Back?’

Also known as a member of Glasgow psych-pop outfit Quiche, Juan Laforet is going solo for the first time with the release of his debut single ‘Would You Go Back?’. Known to mine through different eras of classic rock with Quiche, Laforet continues this escapade with nods to The Beatles, The Beach Boys and other modern icons such as Andy Shauf and Wilco in his first solo outing, distilling them into a gorgeous, dreamy ballad that wraps around you like a warm hug. Without any need for frills, ‘Would You Go Back?’ finds strength in its simplicity; Laforet’s gentle vocals are complemented by twanging guitars, enchanting melodies and a folky charm. His prolific songwriting abilities will surely not be left under the radar for long.

Beabadoobee ‘How Was Your Day?’

With her debut full-length ‘Fake It Flowers’ only a few weeks away, Beabadoobee shared a new taster this week with the release of a lo-fi track called ‘How Was Your Day?’. It’s a far cry from the grungy, guitar-driven songs we’ve heard of late; instead it’s a beautifully introspective number, all quiet, muttery vocals and acoustic guitar strums.

She said “’How Was Your Day?’ is a track that explores all the relationships I neglected when I was away from home. I wanted to emphasise the rawness of the lyrics with the song sonically which is why I recorded it on a four-track with all the little mistakes and vocal wobbles included. I wanted the music video to feel nostalgic to me, to include all the people I cared about, it took me back to the time I first started making music.”

Coach Party have unveiled a fizzing new cut called ‘Can’t Walk, Won’t’. It’s an introspective track that explores the idea of repressed emotions causing inner turmoil but the band channel this feeling through a gritty pop-punk production. Full of their signature riffs and grungy influences, it’s an electrifying number that leaves you with a big sugar rush.

Lead singer and bassist Jess Eastwood says: “‘Can’t Talk, Won’t’ is when you have a lifelong habit of repressing and never really dealing with the things that have hurt you. Eventually you get to the point where tiny, everyday, meaningless things start to trigger all of that unresolved shit from your past