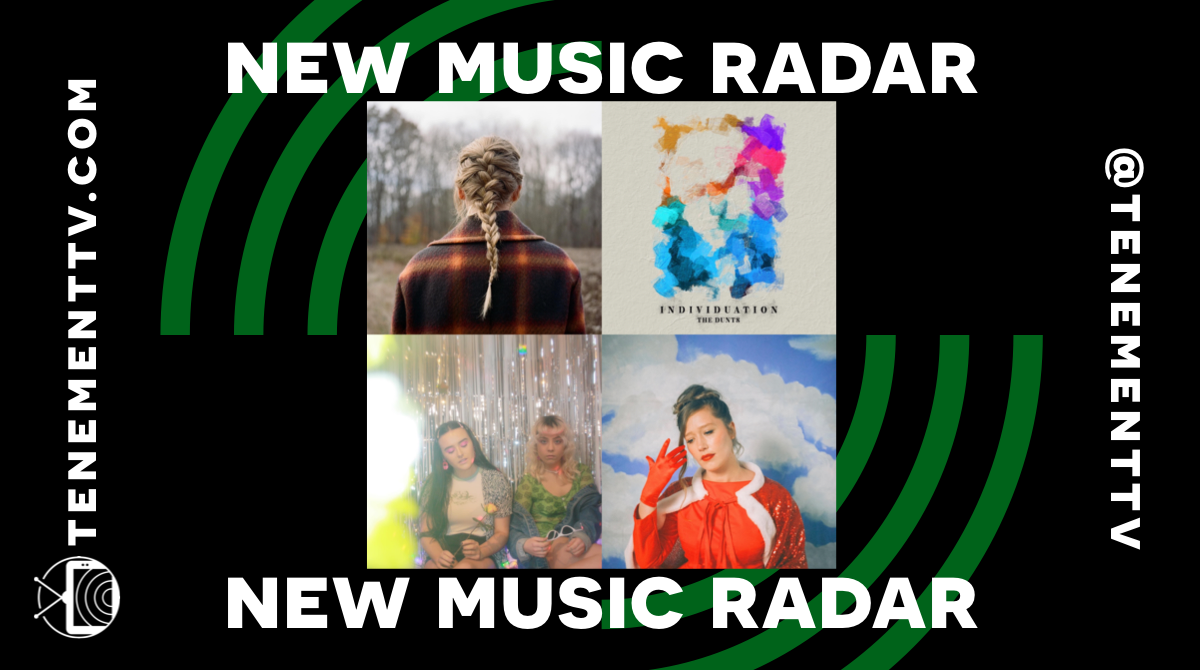 2020 has brought its fair share of turmoil but one thing we can all agree on is that the music has been undeniably brilliant. Against all odds, musicians from Scotland, the UK and far beyond have continued to push their creative boundaries and bring us much-needed cause for hope and optimism. This week of course has been no different. Our final New Music Radar of the year brings you new tracks from The Dunts, Nightshift, Stanley Odd, Julia Jacklin. Pretty Preachers Club, Cherry Glazerr, Ghostpoet and another surprise new album from Taylor Swift.

The Dunts end the year with an uplifting dose of introspective optimism on new single “Individuation’. Forced to delay plans to record their debut album after the closure of their longtime home at Lo-Fi Studios, the band recalibrated at Chem-19 in Blantyre and teamed up with producer Chris Marshall to lay down their second single of the year. Described by the band’s Colin McGachy as “a counter to what we’re all feeling right now”, it bears all the hallmarks of a Dunts classic; vocal hooks, pile-driving riffs and unrelenting drums come together in typically exhilarating fashion as they deliver a positive message of reassurance to those who have felt the brunt of a tumultuous year. Transforming personal experience into an uplifting anthem for the masses. ‘Individuation’ is an emphatic parting shot to 2020.

“When the opportunity to test out the new studio came, that’s when we thought about releasing something before the end of the year.” Rab Smith explains: “It would be easy to completely let everything that’s happened this year bury you. Individuation is a message to say ‘Don’t let this ruin you. Focus on what you can control, if you cannae, don’t sweat it and keep going.”

Like many of her songs, Julia Jacklin’s ‘baby jesus is nobody’s baby now’ comes from a place of deep reflection and melancholy. The track was written after her hometown Melbourne was devastated by the Australian forest fires late last year, with the idea that 2020 would bring more hope and optimism. However, we all know how that turned out. Jacklin imagines how the young infant may have fared in the bush fires before widening her focus to awkward family gatherings and Christmas dinners. Written through a humorous and somewhat sardonic lens, it’s one of Jacklin’s heavier tracks and she plays it softly with only an acoustic guitar for company. She says “At one point Melbourne was blanketed in smoke from the fires, the sun was this menacing red, it felt apocalyptic and pretty hopeless. I wrote this in my room looking forward to 2020, hoping it would be a reset of some kind lol.”

A couple of weeks after capturing our hearts with ‘Gap In My Teeth’, Glasgow pop duo Pretty Preachers Club have unveiled their debut EP ‘Going Nowhere Fast’. Formed during lockdown and bonded by a shared interest in artists such as The 1975, Phoebe Bridgers, LANY and Pale Waves, Martha McKay and Hannah Berry used the spare time to record their parts separately and send them back and forth until a deeply affecting pop sound started to emerge. Spurred on by the positive reaction to their debut single ‘Nothing Like You’, they began work on their EP straight away; a six-track collection full of raw charm and undeniable potential. Opening with the pensive ‘Think About U’, the EP glides through the synth-heavy Pale Waves-esque title track, the tender ‘Gap In My Teeth’ with its twinkling piano melodies and sparse electronic beats, the guitar-driven ‘Could Be Worse’ and the stripped back ‘Hey Boy’ – a deeply moving comment on men’s mental health. Pairing stripped-back pop arrangements and angelic vocal harmonies with thought-provoking themes, ‘Going Nowhere Fast’ marks Pretty Preachers Club out as ones to watch.

Emerging from Glasgow’s close-knit DIY scene, Nightshift have announced the release of their debut album ‘Zoe’ on February 26th 2021. Teaming up with hugely respected label Trouble In Mind for the album, the band have shared lead single ‘Make Kin’ – a hypnotic and deconstructed slice of post-punk that bodes very well for what’s to come. Primitive rhythms, rumbling guitars and an eerie clarinet line instil a sense of unease while Eothen Stern puts in a riveting half-spoken vocal performance. Delivering each passage with deadpan coolness, she is both direct and measured in driving the minimal arrangement on.

‘Bill Oddy’ is the fifth single lifted from Stanley Odd’s upcoming album, slated for release early next year. Described as an anthem for the oddities, the outcasts and the underdog, MC Solareye is joined by Veronika Elektronica on the track; her breezy vocals a complement to his own quickfire, tongue-in-cheek delivery over the bouncy, bass-heavy instrumental.

Marking their first release in 12 months, LA rockers Cherry Glazerr have shared a new synth-pop number ‘Rabbit Hole’. Featuring a sample of The Moderations’ “All Because Of You”, the track marks a shift away from punchy indie-rock in favour of a slinky, electronic-specked sound that is said to be inspired by the likes of DJ Koze, Caribou, Yaeji, and Kaytranada. Striking in its immediacy, there’s a cool grittiness to the production as Clementine Creevy explores themes of personal identity . She says “Rabbit Hole” is about clawing back my identity. I often find myself acting a certain way to get someone else’s approval. Then it’s hard for me to find myself again. That’s what I was meditating on with this song.”

With the digital reissue of this year’s ‘I Grow Tired But I Dare Not Fall Asleep’, Ghostpoet has shared a new track called ‘Bruised Fruit’. Simmering with tension and intrigue from start to finish, it’s as if there’s something more going on beneath the surface, beyond the quiet reflection inferred by the gentle piano melodies. It’s another striking track from Ghostpoet that adds another layer to the original album.

Having both recently signed to FRKST, Strange Bones and Calva Louise have teamed up for the release of a massive new track called ‘Nine Lives’. Exactly what you’d expect from both acts, it’s a loud and unrelenting blast of alt-rock that’s propelled by emphatic drums and frenzied riffs. Full of confidence and attitude, the two bands make a formidable duo.

Taylor Swift surprised everyone with the release of ‘Folklore’ this summer; a record that has since been described as the definitive lockdown album. Giving us perhaps the most unexpected career shift from any contemporary artist this year, Swift ditched the slick, arena-ready pop tunes she’s known for in favour of a more hushed, stripped-back sound rooted in vivid storytelling, soft electronica and folky strumming. Four months on and she’s done it again; only last night she announced the release of ‘Folklore’s follow-up album ‘evermore’, saying “To put it plainly, we just couldn’t stop writing. To try and put it more poetically, it feels like we were standing on the edge of the folklorian woods and had a choice: To turn and go back or to travel further into the forest of this music. We chose to wander deeper in.”

Written and recorded in the same sessions as ‘Folklore’ alongside Aaron Dessner and Jack Antonoff, the new album once again features a track with Bon Iver, another with Dessner’s band the National, and another with the pop-rock trio Haim. Listen below.

Check out the New Music Radar playlist below.

The Ninth Wave 'Everything Will Be Fine'