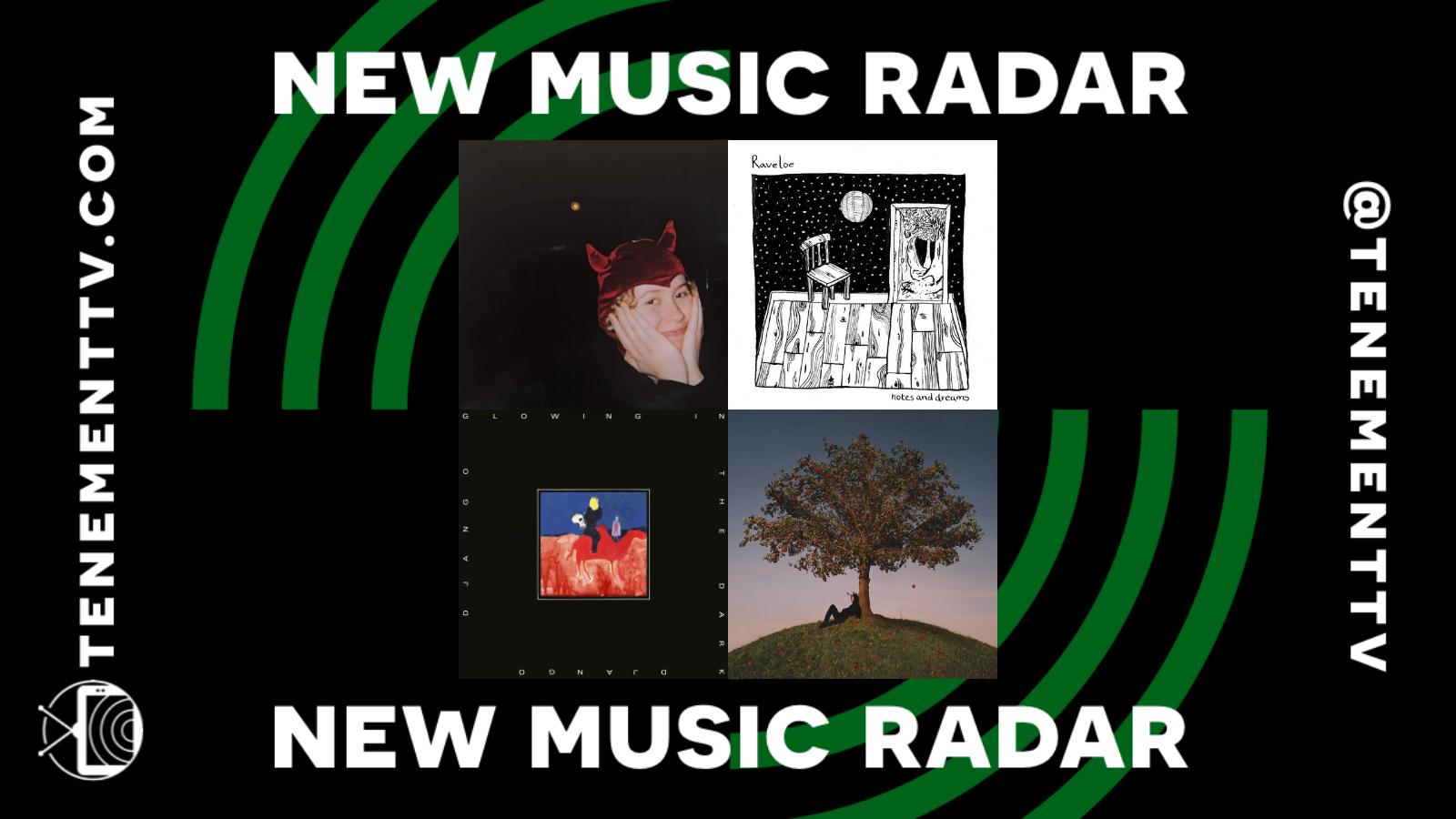 On her debut EP, released just yesterday on Seven Four Seven Six, Lizzie Reid confronts issues of love, loss, identity and heartache with raw, unflinching honesty and pain-staking vulnerability. Across six beautifully crafted folk and rock songs, the Glaswegian singer-songwriter holds a microscope up to her innermost thoughts and unveils them with devastating power, leaving us with a wondrous piece of work that will undoubtably send her to staggering new heights. Check out our spotlight feature here.

Formerly a member of Glasgow fuzz-pop outfit Tongue Trap, Glasgow-based singer-songwriter Kim Grant is now piling all her creative energy into her new solo project Raveloe. Today marks the release of her exquisite debut EP ‘Notes and Dreams’ on the prolific Olive Grove Records and it’s a mesmerising listen. Oscillating between hushed folk sounds and more dynamic, fuzzed-up arrangements, Grant’s endearing vocals shine throughout as she strikes a lovely balance between the atmospheric and cathartic.

Django Django ‘Glowing In The Dark’

Django Django continue to push their kaleidoscopic sound to new exhilarating heights with the release of their new album ‘Glowing in the Dark’ today. The new record finds them sharpening up their production skills and taking even more risks, delivering a heady dose of escapism in the process. No track perhaps sums that up more than the brilliant title track which soars off into the stratosphere. Listen below.

After releasing his debut single ‘Golde’ under the monikor Western Column, Glasgow-based musician Christopher Devine is back with his second outing, the shoegazy ‘Hear Not Say’. Driven by an insistent rhythm section, Devine’s dreamy vocals float over a wall of guitars with the whole track centred around a big hook of a chorus.

With each release as sonically diverse as the next, Scottish hip-hop outfit Stanley Odd are back to paint a picture of history’s original rebel. ‘The Invisible Woman’ is the story of a radical, rebellious superhero and is told by the band’s Veronika Electronika who showcases her own MC skills alongside frontman Solareye. Depicting their hero in several well-known scenes from history, the pair come together to deliver the track’s infectious chorus.

Out today, Slowthai’s new album ‘TYRON’ is an album of two parts. In the first, we get the fast, hard-hitting tracks we’ve come to expect from the rapper with some high-profile guest appearances thrown in to the mix and on the second, he packs away all the bluster and hyperactive braggadocio in favour of a softer, melodic sound. The second half is probably the more memorable and features the Pixies-esque ‘Push’, a song about redemption and self-acceptance with LA’s Deb Never providing the airy hook.

Glasgow-based quartet Lemon Drink have made a confident return with new single ‘Demon Child’. Ramping up the spiky undertones of last year’s EP, it’s a track full of attitude with punchy drums, dirty guitars and lashings of feedback thrown in the mix.

Seven months after the release of their ‘What Was That Supposed To Mean?’ EP, Voodoos are back with the punchy ‘It’s Your Life’. Packed with distortion, the track feels rawer and grittier than previous offerings but nevertheless dips into their seemingly endless supply of hooks.

Francis of Delirium 'Let It All Go'