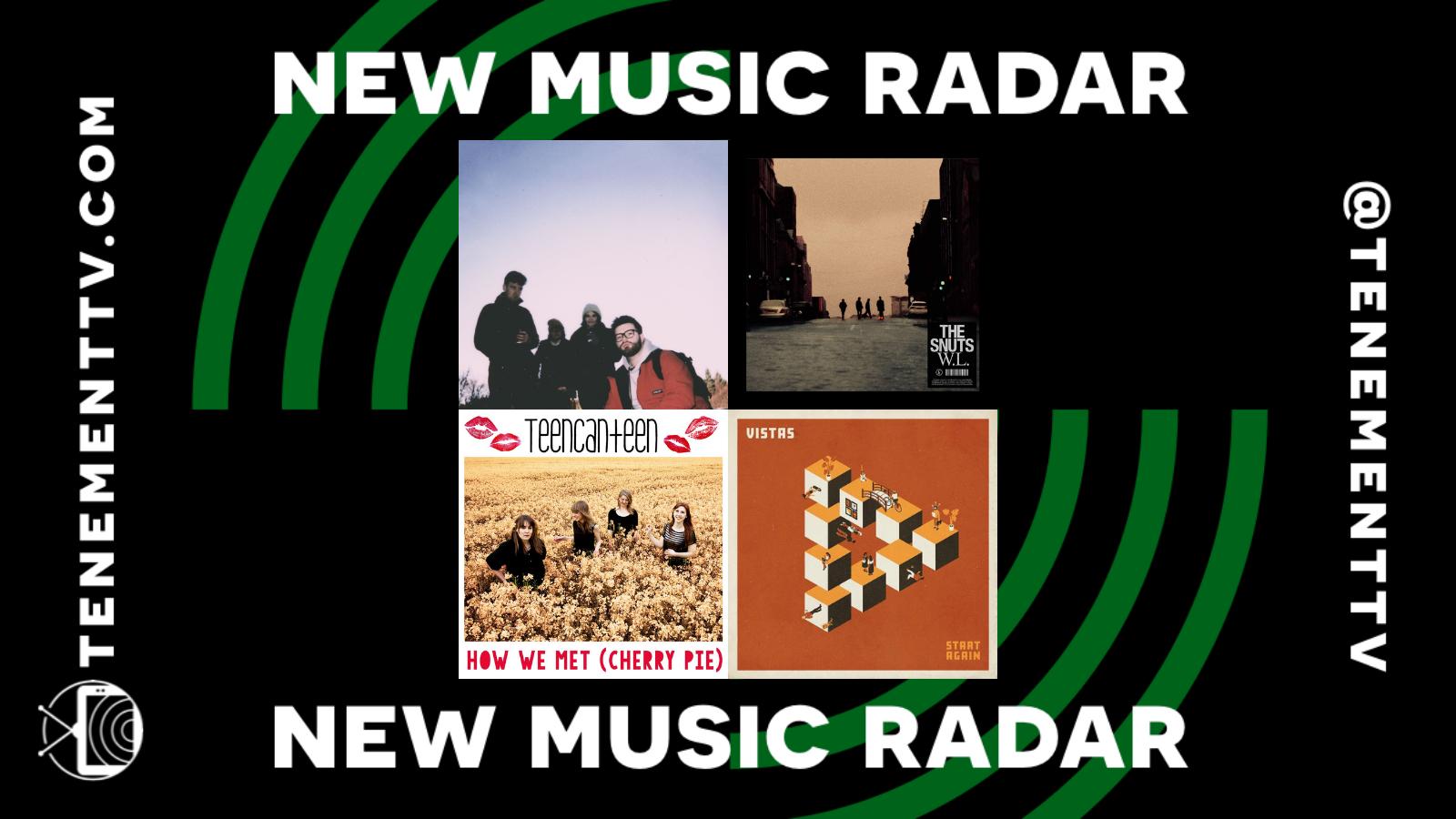 IT has been a massive week for Scottish music and that means one thing: we have been absolutely spoiled for choice when it comes to new releases. With a plethora of options to choose from, this bumper edition of New Music Radar features The Snuts, The Vegan Leather, Cheap Teeth, TeenCanteen, HYYTS, Vistas, ONR and many more.

Much to the delight of their adoring fans all over Scotland and beyond, The Snuts release their long-awaited debut album today. Reshaping classic UK indie tropes entirely in their own guise, the West Lothian outfit have never just been any old guitar band and their first full-length demonstrates this with style and ambition. Rollicking through sun-soaked anthems, tender moments of introspection, slinky pop numbers and menacing rockers, it’s an album that bursts with vivacity and post-lockdown optimism. Not only that, but in embracing a variety of sounds and influences, it’s proof that guitar music has a place in 2021 and we’re all the better for it. Already a firm favourite and debuted on Annie Mac’s Radio 1 show last night, one of the most eagerly anticipated tracks on the album has to be ‘Glasgow’ – a rousing ode to the city which is ready to evoke mass singalongs in festival fields.

The Vegan Leather ‘Who’s Knocking On My Door?’

Anger. Terror. Anxiety. Seething rage. The Vegan Leather’s new single has it all. Never before have we heard the Paisley outfit so fast and furious as they are on this brand new single. Known for pushing the parameters of their sound with each invigorating release, ‘Who’s Knocking On My Door?’ sees them launch us back to the gloriously debauched days of new rave with a deluge of heavy riffs, bleeping synths and furious vocals. Unleashing all of their inner rage from deep within, it’s a visceral concoction and an absolutely exhilarating listen.

The much-hyped Cheap Teeth welcome us back into their subversive world with the release of ‘Animal Fat’. Full of richness and unrelenting gusto, frontman Joe Laycock is on fine form against a backdrop of jarring guitars and stomping rhythms as the band explore the fragility of humankind and our reliance on modern technology. Brimming with that ghoulish bravado that the Edinburgh outfit have made their own, the whole thing swells with rousing chorus melodies.

TeenCanteen ‘How We Met (Cherry Pie)’

Five years on from the release of their lauded debut album ‘Say It All With A Kiss’, Glasgow four-piece TeenCanteen are back with the announcement of a new record ‘This Is How It Starts’ –  a collection of old recordings from the archives that should have seen the light of day back in 2012 but never quite came to pass. The band are starting their journey down memory lane with the release of ‘How We Met (Cherry Pie)’. While a reimagined version of the track did go onto feature on their debut album, this release brings the song back to its original form – a bright, sparky number that fizzes with raw, indie-pop  charm, addictive melodies and those unique three-part harmonies.

ONR ‘It Gets To A Point’

Scottish songwriter and producer ONR released his breakout track ‘Must Stop’ in late 2020 and quickly gained the support of Spotify, Billboard, Apple Music and artists like Bastille, Calvin Harris, Nile Rodgers. He’s now following it up with a sky-scraping pop anthem that lives up to his chart-topping ambition. An emphatic moment of catharsis, he says “itʼs really a song about the meeting of absolutes, hitting breaking point, a disbelief that things can get so far and go so crazy without intervention.”

Brought to our attention by the same management team behind Scottish artist Tamzene, Katie Gregson-MacLeod is a singer-songwriter with ambitions that reach far beyond her home in the Scottish Highlands. Her second single ‘Games I Play’ is out today and it highlights her powerful grasp of lyric and melody. Matching the folk tradition of artists like Julia Jacklin with the quirky bedroom pop style of Clairo or beabadooee, Katie’s rich vocals stand out against a bright, playful guitar-driven backdrop.

HYYTS are back with another emotional pop banger called ‘Blue & White’. This time we see the band’s producer Sam Hunter share vocals with frontman Adam for the first time, his deeper tone giving the track a good dose of light and shade. Centred around another massive pop chorus, the band say “it’s about the last night you spend with someone you love and not wanting it to end”. It will also feature on an upcoming EP titled ‘helluvatime’ – ‘the story of a love that turns into heartbreak but told in reverse’.

Vistas pull from their seemingly endless supply of catchy hooks once again for the poptastic ‘Start Again’. Kicking off their 2021 in typically anthemic fashion, it’s absolutely bursting with energy and feel-good vibes.

Bobby Gillespie and Jehnny Beth ‘Remember We Were Lovers’

Bobby Gillespie and Savages’ Jehnny Beth are teaming up for the release of an upcoming collaborative album called ‘Utopian Ashes’ and it has been previewed by new single ‘Remember We Were Lovers’. The track and the album are inspired by the country soul sound of Gram Parsons with Emmylou Harris, George Jones, and Tammy Wynette and are centred around the breakdown of a fictional couple’s marriage.

Sons of Kemet have announced the release of a forthcoming album called ‘Black To The Future’ with new track ‘Hustle’. Featuring rapper and spoken word artist Kojey Radical as well as backing vocals from Lianne La Havas, the rumbling track is built around syncopated drums and tuba as the rapper invokes a sense of Black pride, celebration and enlightenment.

St Vincent ‘The Melting Of The Sun’

After returning with ‘Pay Your Way In Pain’ a few weeks ago, St Vincent has given us another preview of her upcoming album with ‘The Melting Of The Sun’. It’s yet another left-turn from the artist who has built a career on reinvention, this time opting for a mellow, groovy and soulful arrangement that features big harmonies and gauzy, psychedelic sequences. It’s also jam-packed with all those 70s references Annie Clark had previously spoken about in relation to the new record.

Today also marks the release of Glasvegas’ new album ‘Godspeed’. The band’s fourth album, and their first in seven years, sees them freed of the shackles of a major label with James Allan producing and engineering the record himself. He said “Making this album has probably made me understand myself a bit better as a person, to be honest. And it’s the hardest I’ve ever worked on anything in my life.” No surprise then that the Glasgow outfit are back to their devastating best on the record. Heavy with emotion but no less packed with ambition, a series of personal dramas are played out against dark, cavernous soundscapes with James Allan’s inimitable vocals carrying the whole album onwards.

The Vegan Leather 'Who's Knocking On My Door?'