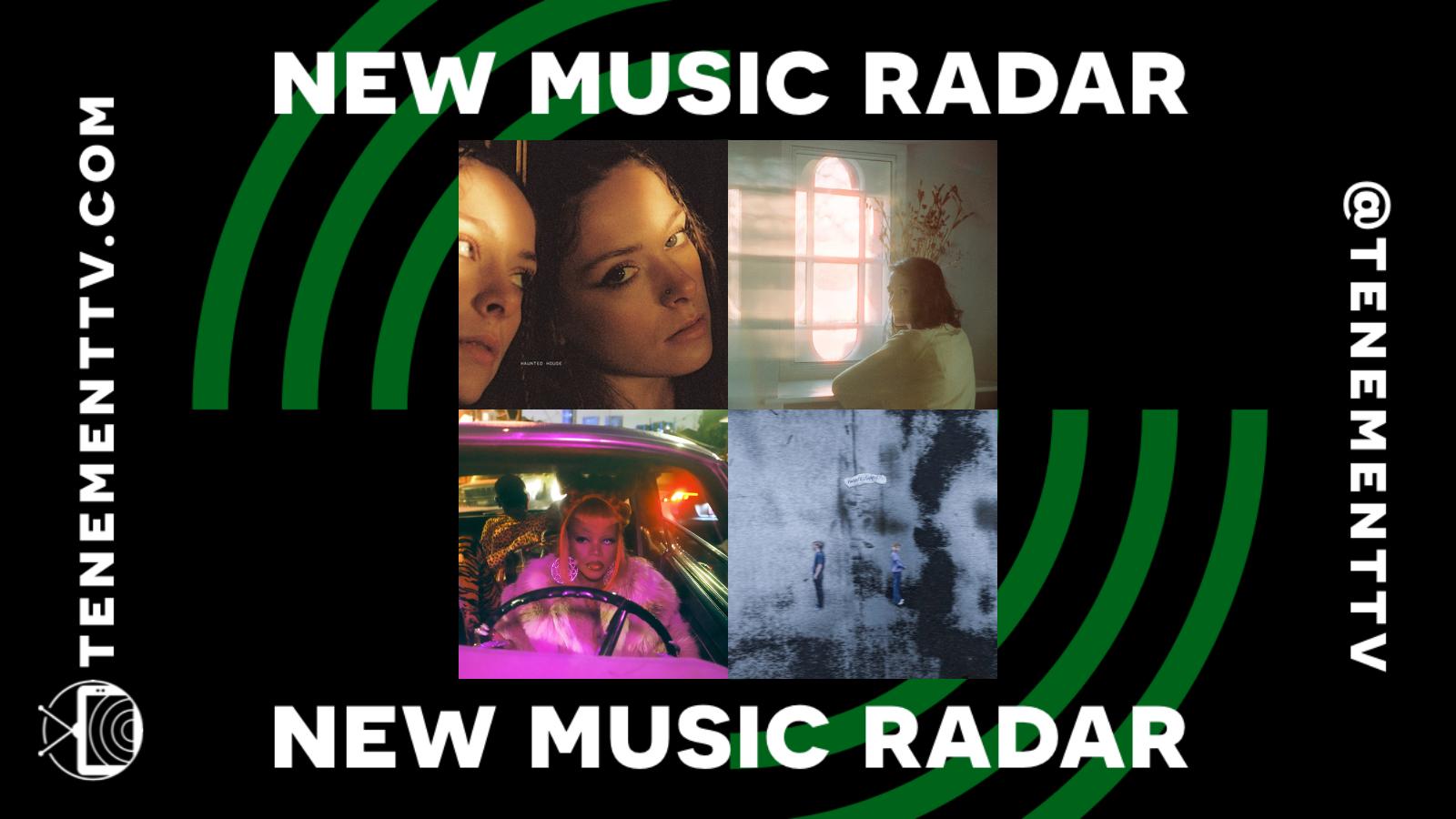 After racking up over 100 million global streams for her debut EP ‘Falling Asleep At The Wheel’, Holly Humberstone is back with a sprawling ballad called ‘Haunted House’. Showcasing a more reflective and nuanced side to her work, the singer digs deep into her childhood memories and reflects on the house she grew up in. A stripped-back arrangement that’s carried by a solemn piano ballad, it’s beautiful expression of home, family and displacement.

Tkay Maidza has followed up a string of 2021 singles with the grimy ‘Syrup’. Built around a big, squelchy bass beat, the snarling track finds her rapping about her aspirations to be “rich, thick, sweet, sick”. A club-ready banger, it’s further proof of her unique and entrancing musical style.

Irish punk poet Sinead O’Brien is back with her first release since last year’s astounding EP ‘Drowning In Blessings’. Teaming up with producer Dan Carey, ‘Kid Stuff’ brings a new angular energy to O’Brien’s sound as she delivers her inimitable poetic lilt over a chugging, ever-evolving instrumental. She says “‘Kid Stuff’ shows up all different tones on different days. There’s something alive in it which cannot be caught or told. It is direct but complex; it contains chapters. This feels like our purest and most succinct expression yet.”

Be Charlotte ‘we are burning’

After sharing a stripped-back version of ‘Lights Off’ from her debut EP last month, Be Charlotte has returned with a new acoustic cut called ‘we are burning’.  The reimagined version of ‘Burning’ may be a shift away from the bold, soaring pop soundscapes we heard on ‘Dreaming With The Lights Off’ but the honesty, authenticity and strong messaging are still there and every bit as powerful as when delivered against acoustic guitar strums and a stripped-back production. Centring all its focus on Be Charlotte’s moving lyrics and beautiful, poetic lilt, it has been described as a call to action and a cry for help.

Written collaboration with Irish artist JC Stewart in Nashville,  Charlotte said “I wrote this song to try and describe those moments when you feel like giving up but there’s always a reason to keep going. This is for those who have burnt the candle at both ends for too long. It’s my way of saying we need to be there for each other, no matter what. ”

Strathspey singer-songwriter Rachel Sermanni has shared details of a brand new EP called ‘Swallow Me’, alongside the project’s title track. Charting Sermanni’s journey into motherhood, the EP was predominantly written while she was pregnant in the US and then completed on her return to Scotland. Rich in spirituality, the new single reflects on this immense personal shift and evokes a quiet contentedness in its light acoustic strums and delicate vocals.

“This song is me asking for some sort of relief, or maybe release,” she explained in a statement. “I’m basically asking that the universe give me a break or, at least, a pat on the back. Some form of divine acknowledgement of the heavy lifting I’d been doing (physically and psychologically) in coming to surrender into the changes – of becoming a Ma – and finding love in what felt like a scary situation. In its entirety, with the chorus woven in, it is a balm in that it accepts that this path is my path.”

Following the release of ‘Separate’ and ‘Cigarette Packet’ a couple of weeks ago, Sorry dropped a surprise new EP this week called ‘Twixtustwain’. The duo take their trademark twisted indie-rock sound down even more intriguing avenues on the collection, using more electronic elements than before and a cut and paste patchwork of sounds and textures. Intensely engaging from the get-go, it feels like Sorry at their most experimental and potentially a bridge between two LPs. The highly addictive and deeply affective ‘Favourite’ is a highlight as the usually super-cool Asha Lorenz displays a vulnerability that we’ve never heard before.

After spending a good bit of time laying low, Brockhampton made an incendiary return a couple of weeks ago when they put out a killer Danny Brown featuring single called ‘Buzzcut’. It was our first glimpse of a brand new album called ;Roadrunner: New Light, New Machine’ which is now out today and according to group leader Kevin Abstract is one of two albums to be released this year and their last releases ever. Whatever does happen in the end, the new album indicates a big return to form for the outfit and emphasises their well-known eclecticism, effortlessly shifting between classic hip-hop tropes, soft R&B, gospel, milennial pop and more. Littered with high profile guest appearances, one of the many highlights is ‘Bank Roll’ which features A$AP Rocky and A$AP Ferg.

New to the pages of New Music Radar, Belot is the purveyor of bold and dynamic pop music that takes influence from modern stars like Billie Eilish. Decidedly stylish in production, her new track ‘Bed’ brings a renewed energy to her songwriting with her cool, alluring vocals delivered over a kinetic, bassy-heavy backdrop. Taking social awkwardness into a place of confidence, it’s a big pop banger that indicates a bright future ahead.

Former Spring King drummer Tarek Musa is back with a new solo project called Dead Nature. New single ‘Hurricane’ heralds the arrival of a debut album ‘Watch Me Break Apart’  for 25th June and reminds us of his knack for crafting bright, colourful indie-pop earworms. All fuzzed-up guitars, driving synths and catchy choruses, it’s a tongue-in-cheek observation on the climate crisis.