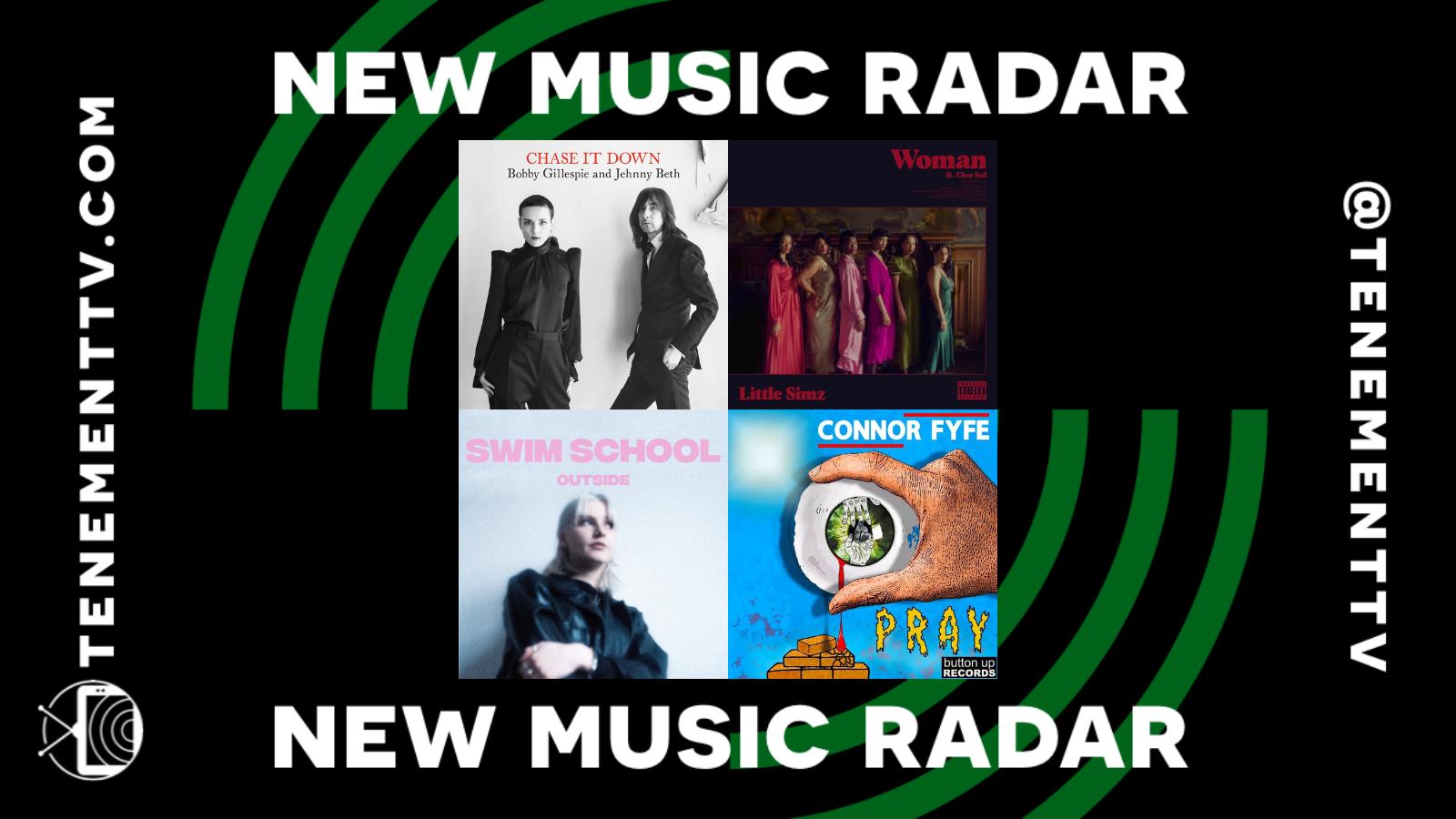 With her new album ‘Sometimes I Might Be Introvert’ out in September, Little Simz has shared a second preview single called ‘Woman’. It’s a soulful, uplifting celebration of women’s achievements that features gorgeous, sighing vocals from Cleo.“I love it when I see women doing their thing and looking flawless; I’m here for that!” she says in a statement. “It’s empowering, it’s inspiring; I wanted to say thank you and I wanted to celebrate them.” Judging from what we’ve heard already. we can’t wait for the new album.

Bobby Gillespie and Jehnny Beth ‘Chase It Down’

Bobby Gillespie and Jehnny Beth have shared the latest preview of their upcoming album ‘Utopian Ashes’, out on 2nd July. New single ‘Chase It Down’ is said to introduce the album’s ongoing storyline of a ‘withering marriage’ in which Gillespie and Beth play a couple with different perspectives on their relationship. While their first track was an atmospheric slow-burner, this new track heightens the drama with syncopated guitar strings and rousing string sections. Meanwhile, the two protagonists are as compelling as ever – Gillespie’s despondent withdrawal in sharp contrast to Beth’s impassioned, hopeful pleas.

After seizing our attention with the snarling ‘Bloodhound/Earthbound’ earlier this year, rising Irish star Yinyang is back with an equally visceral offering called ‘POISON DARTS/BOYISH CHARMS’. An artist here to play entirely by her own rules, her exuberant sound channels the likes of M.I.A, Peaches and Santigold – combining barbed lyrics with hip-hop beats and raw, abrasive fuzz. Fuelled by a punk-like sense of rebellion, she’s undoubtedly destined for big things.

Back in March, Edinburgh’s swim school re-emerged with grungy defiance on ‘Let Me Inside Your Head’. Adding some muscular distortion to their modern indie/dream-pop sound, the band are back and ready to showcase their heavier sound once again with the release of a new angst-fuelled anthem called ‘Outside’. With Alice Johnson holding her own as the band’s evocative lead singer, the track packs in a shedload of big hooks, dreamy melodies and fuzzy distortion. They’re a band who have found their lane and flourishing in it.

Never a band to shy away from tackling important themes, Alice Johnson explains “Outside is based on the negative impact the toxic people have on your mental health and the moment you realise how toxic they are.”

Prodigious Scottish talent Connor Fyfe is ready to turn heads this week with his latest single “Pray”. The track deftly combines tasteful blues lead guitar lines that compliment the singer’s highly impressive and emotive singing voice. You can’t help but be amazed at how someone so young can sing in such a cultured and precise way. This talent is sure to be a household name in the not too distant future.

Be Charlotte ‘you stole the summer’

Be Charlotte is back with a reimagined version of ‘Brighter Without You’, a song taken from last year’s debut EP ‘Dreaming With The Lights Off’. Re-titled ‘you stole the summer’, the track is the latest in a series of acoustic releases from the singer that puts all the spotlight on her heartfelt lyrics and deeply affecting vocals.

Dizzy ft Kevin Garrett ‘Sunflower, Are You There?’

Canadian Indie pop act Dizzy released the mellow yet captivating banger “Sunflower, Are You There”. Never ones to shy from experimentation, Dizzy certainly don’t stick to the tropes of their chosen genre, exemplified by an indulgent but nonetheless enjoyable and insouciant guitar solo right in the middle of the track. This is certainly a track that will throw surprises your way –  enjoy “Sunflower, Are You There” here.

Scottish Highlands singer-songwriter Katie Gregson-Macleod has followed up the entrancing ‘Games I Play’ with a new single called ‘I Don’t Care’. It’s a more pensive, introspective offering that shines a light on Katie’s deep, distinctive vocal tone – her reflective lyrics delivered against an understated electro-pop instrumental.