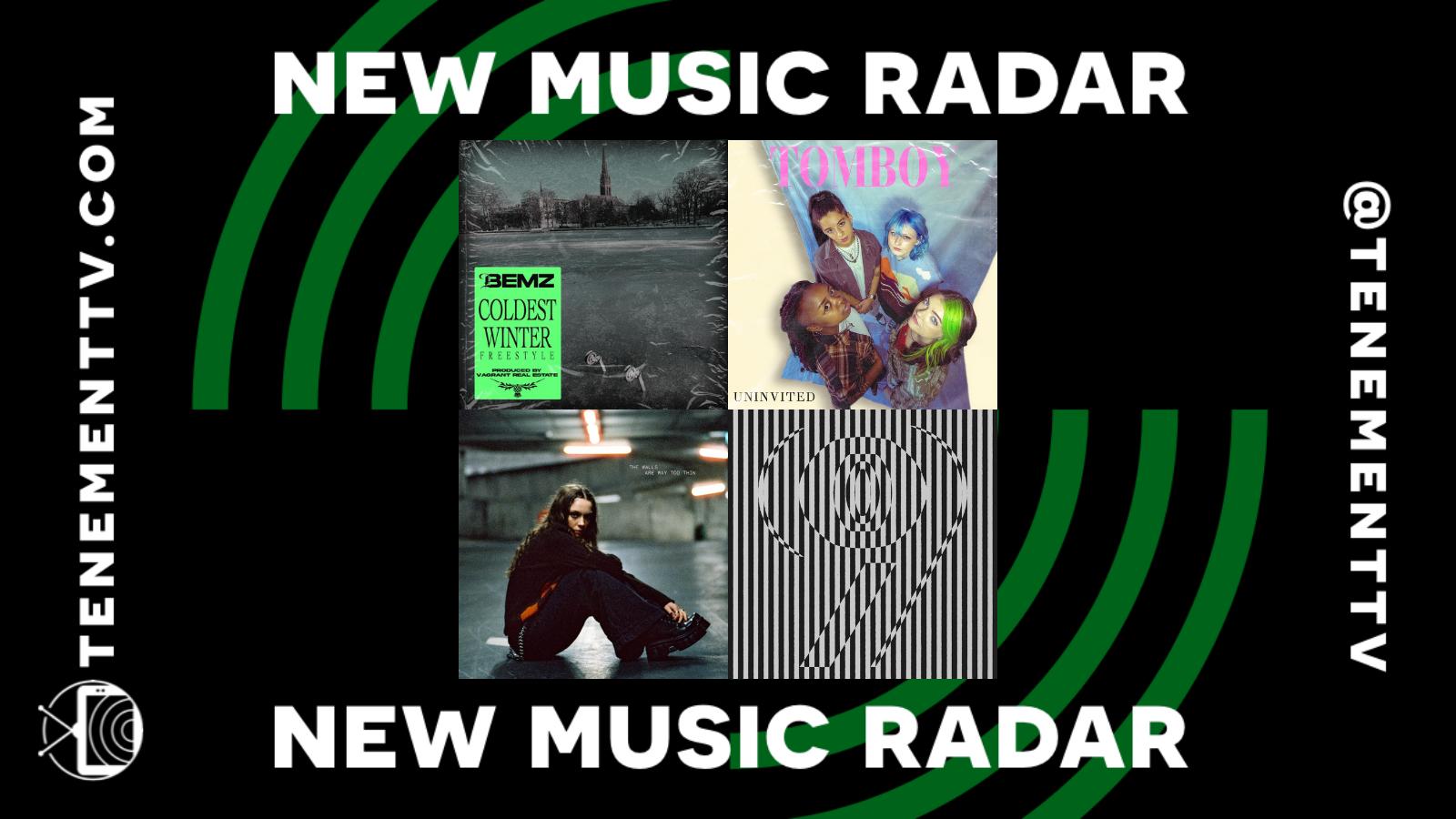 Sharon Van Etten and Angel Olsen ‘Like I Used To’

Sharon Van Etten and Angel Olsen, both indie powerhouses in their own right, have teamed up for a rousing new track called ‘Like I Used To’. Both known for crafting impassioned indie anthems, the pair have admired each other from afar for a long time – so it’s only right that they got together to record this emotive, country-tinged beauty.

‘Coldest Winter Freestyle’ pairs Vagrant Real Estate’s signature soul-sampling and melodious soundscapes with Bemz’ thought-provoking lyrics. The atmospheric instrumental leaves space for the rapper’s powerful delivery as he reflects on the last year with a typically sharp turn of phrase.

With both artists showcasing their versatility and pushing more boundaries, the track perfectly encapsulates the level of talent coming through Scottish hip hop right now. Real Vagrant Estate says ’Coldest Winter Freestyle displays both Bemz and myself stepping outside of our usual sound, highlighting our versatility as artists and also the breadth of genres and styles coming out of Scottish hip-hop currently.”

Formed after a series of chances meetings on public transport in Dundee and Glasgow, Ray Dillon, Gillian Dhlakama, Bex Young and Fiorenza Cocozza became Uninvited in August 2020. Fuelled by a desire to become the change they wanted to see, the four-piece began to write songs that brought the LGBTQ+ conversation to the forefront – challenging traditional indie tropes and putting their own indelible stamp on the genre.

‘Tomboy’ is their debut single and the perfect introduction. Bursting with energy and refreshing enthusiasm, it pairs catchy, summery melodies with steady drums and heart-on-sleeve lyrics. Reminiscing on their early queer experiences, it’s a buoyant, instantly addictive track that shows heaps of potential.

‘GETS ME GOING’ is the latest track to arrive in a string of compelling releases  rom Edinburgh pop newcomer LVRA – each one as exciting as the next. A track destined for dark, sweat underground clubs, the song sees her add some heavy electronic breakbeats and hyper-pop influences to her dark alt-pop sound. It’s a thrilling listen, backed by a pulse-quickening instrumental that gets increasingly frenetic as it progresses. Known for combining traditional East-Asian instrument samples with R&B, trap and experimental electronic productions, this new single marks a shift towards a darker, bolder and more visceral sound.

Holly Humberstone ‘The Walls Are Way Too Thin’

With each new single adding to the hype, Holly Humberstone is back with a surging new single called ‘The Walls Are Way Too Thin’. Drawing from her own personal experiences, it’s a song about losing control and trying to regain it – pairing her striking lyrics with a glistening pop production.

Hannah Slavin  ‘I Don’t Have A Clue’

Following a string of releases in 2020, Hannah Slavin uses her new single to explore mental health and the ‘negative spiralling’ she experienced during last year’s lockdown. While that period may have brought everything to a standstill, ‘I Don’t Have A Clue’ proves that Slavin is anything but creatively stagnant – in fact, this may just be her most vibrant and infectious release to date.

‘I Don’t Have A Clue’ oozes confidence. Dipping into world of influences – R&B, soul and modern pop to name a few – Slavin’s vocals soar over a bright, colourful instrumental that glitches with electronic beats, throbbing synths and hooks aplenty.

James Vincent McMorrow has released his new single ‘Paradise’, the fifth taster from his upcoming album ‘Grapefruit Season’ – out on July 16th. It’s an uplifting slice of summer – all poppy beats and buoyant melodies with a children’s choir thrown into the mix.

Lana Del Rey surprised fans last night with three new tracks from her upcoming album – title track ‘Blue Banisters’, ‘Text Book’ and ‘Wildflower Wildfire’. Del Rey recorded all three of them without Jack Antonoff, her primary collaborator on Chemtrails Over The Country Club, and as such, there is a slight departure from that album. However, each track is distinctly hers – dreamy and minimal with subtle orchestral touches.