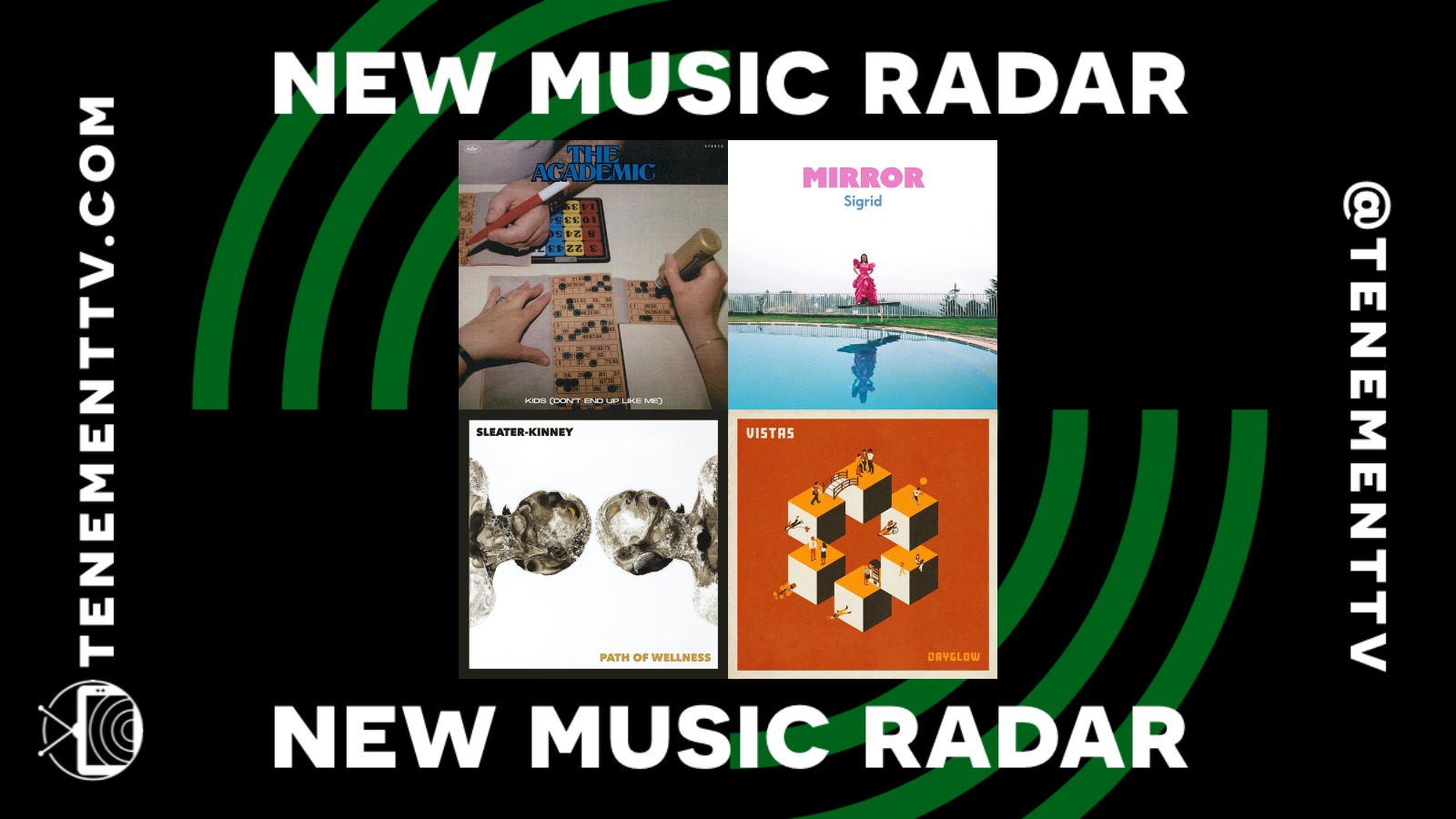 OUR top tracks of the week include Sigrid, The Academic, Vistas, Easy Life and more. Check them out below.

Sigrid is back with a brand new slice of dazzling pop called ‘Mirror’. After a well-deserved break following the release of her acclaimed 2019 debut album ‘Sucker Punch’, this new single is a scintillating return – it’s a monster disco jam packed with powerful grooves and contagious melodies, all led by a typically pristine vocal performance.

Easy Life release their long-awaited debut album ‘life’s a beach’ today – it consists of 12 genre-bending tracks that balance gentle self-interrogation with heady, sun-kissed escapism. Final preview single ‘ocean view’ falls in the former category as they explore the idea of letting your expectations run away with you. With a subtle hip-hop swagger, it sums up everything we love about the Leicester outfit.

The Academic have shared the first cut from their ‘Community Spirit’ EP – out July 9th via Capitol Records. ‘Kids (Don’t End Up Like Me)’ is a rousing indie anthem that was first conceived by frontman Craig Fitzgerald as a teenager, about the fear of never getting out of his hometown or amounting to anything. All surging guitars and impassioned vocal lines, it’s a ready-made festival anthem.

Glasgow-based DJ and producer TAAHLIAH unveils her debut EP ‘Angelica’ today. Showcasing expansive production skills and a wide range of influences, the seven-track collection shifts effortlessly between hyper-pop textures and hard-dance beats, all while exploring autobiographical experiences that have shaped her as an artist and person. Our highlight track is ‘Bourgeoisie’, a pulsating, innovative slice of electronica that references her working class background.

Boys World ‘All Me’

New LA girl group Boys World became a global hit earlier this year with their debut EP ‘While You Were Out’. Bouncing back in record time, they’ve shared a new single called ‘All Me’ – a straight-pop hit full of immediate chemistry and infectious songwriting.

Sleater-Kinney ‘High In The Grass’

A couple of weeks ago, Sleater-Kinney announced their new album ‘Path Of Wellness’.  Following on from their St. Vincent helmed 2019 album ‘The Centre Won’t Hold’, it’s the first that Carrie Brownstein and Corin Tucker have recorded as a duo and also the first time that they’ve produced themselves. ‘High In The Grass’ is the second single from it and while there’s some of the same ideas floating around, there’s definitely a rawer feel to the track that gives them a new sense of urgency.

With their second album ‘What Were You Hoping To Find?’ out on 20th August, Edinburgh’s Vistas are back with another preview track called ‘Dayglow’. Full of jubilant synths and singalong choruses, it balances the optimistic with the wistful – frontman Prentice says “I wrote ‘Dayglow’ right at the start of lockdown and it was intended to be an optimistic song. At that time, I would often daydream about things I wanted to do when lockdown ended and I found that was a good way for me to deal with what was happening.”

Amsterdam-based, Cologne-born producer and singer-songwriter Luna Morgenstern has shared a massive new single called ‘Done’. A track that recalls the likes of Christine & the Queens, Sigrid and Charli XCX, it’s an emotionally-charged slice of power-pop that comes armed with some big, theatrical hooks.

Check out our New Music Radar playlist below, updated on a weekly basis.

LARRY PINK THE HUMAN 'NO WRONG NO RIGHT'