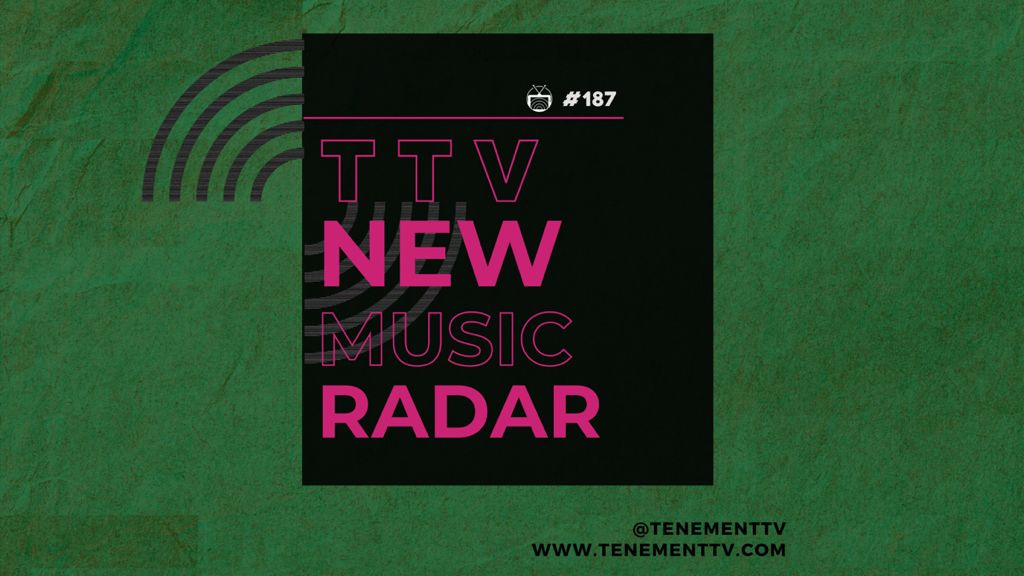 IT’S a big week for new tunes – catch up on all our highlights below such as Little Simz, Twin Atlantic, The Ninth Wave, Linzi Clark, Theo Bleak and more.

Little Simz’ new album ‘Sometimes I Might Be Introvert’ is out today and is already receiving widespread acclaim. The Obongjayar-assisted ‘Point and Kill’ was shared earlier this week and is the only collab on the record. With a bouncy, elastic beat to it, Little Simz and Obongjayar share vocal trade-offs while regal horns and Afrobeat influences take the song to new mesmerising heights.

Anything you’re expecting from Twin Atlantic is about to be blown out the water with one listen of new single ‘One Man Party’. Previous track ‘Bang On The Gong’, with its slinking melodies and slick, funky basslines, indicated a sonic shift for the group and now we hear this transformation take full effect.’One Man Party’ opens with a skittering drum machine and a few spoken word verses from Sam McTrusty before launching into one of their signature anthemic choruses. Brimming with personality and charisma, it’s a left turn for the group that sees them delve into the vibrant world of pop. New album ‘Transparency’ has also been announced and they’ve said ‘it puts a new stamp’ on them as a band.

Declan Welsh & The Decadent West ‘It’s Been A Year’

Nearly a year to the day that they unveiled their ‘We Wish You All The Best’ EP, Declan Welsh & the Decadent West are back with a new six-track collection, aptly named ‘It’s Been A Year’. Those who have heard recent singles’Talking To Myself’ ‘Another One’ and ‘Parisian Friends’ will have noticed the growing maturity in the band’s songwriting and the EP reinforces this tenfold. Exploring a number of themes, they most noticably turn the finger inwards more than before – exploring  feelings of uncertainty, isolation and a need for togetherness. This sentimental tone of nostalgia and contemplation lends itself to the music as well – yes, that high-octane punk spirit is still there but the production feels more lush and melodic. From the hushed and romantic ‘Off At One’ to the fast-paced Arctic Monkeys-esque ‘Parisian Friends’ to the reverb-soaked, lyrical brilliance of ‘Vladimir’ to the brooding, reflective ‘Another One’, these songs can be ranked among some of the band’s best.

Linzi Clark ‘With You’

Following the announcement of her debut album ‘All I Have Now’ which is slated for release on 5th November, Linzi Clark has shared a new preview track called ‘With You’. Following on from ‘The Kitchen’ and ‘Balancing Act’, the new song is another example of Linzi’s deeply personal yet universally relatable style of writing as she reflects on the tumultuous experience of falling in love – the highs, the lows, the complexities, the fears and vulnerabilites.  Led by her heavenly falsetto and built around the climactic chorus hook ‘I only wanna be with you’, it’s a track that unveils new depths and revelations with each beautifully written verse. Enhanced with sweeping strings and choral backing vocals thanks to producer Bovine, it’s a journey of personal growth that pays off in the end with a beautifully orchestral finale – one that feels wholly cathartic and life-affirming.

Theo Bleak has introduced themselves with a mesmerising debut single called ‘Paper’. Fans of Dundee duo stmartiins may recognise the delicate, deceptively soulful vocals of Katie Lynch on the track – the singer has taken the dreamy indie pop stylings of her previous band and channelled them through a more refined, pop-focused guise. Underneath the bright, glossy bedroom pop veneer though lies a thoughtful reflection on mental health – her introspective verses all lead towards an instantly addictive chorus that you’ll be humming for days. Theo Bleak will play their debut live show at TRNSMT next week.

Bleach Lab ‘Talk It Out’

After making a return in July with ‘Real Thing’, South London outfit Bleach Lab are back to tug on the heartstrings with new single ’Talk It Out’. Jenna Kyle relays the cyclical nature of a toxic relationship, how it can alter you and deeply affect your state of mind. It’s a carefully crafted track that finds the singer expelling her emotions over circling guitars and crushing drums – once again highlighting their ability to distil even the most complex of emotions.

Scottish duo Poster Paints merge the inimitable talents of Carla J Easton and Frightened Rabbit’s Simon Liddell. Their new song ’Never Saw It Coming’ is a thing of beauty – a deeply melodic and mature piece of songwriting that sees them move into their own lane. A sublime meeting of minds, Carla’s unique vocals blend with effortlessly with Liddell’s rich yet spacious shoegaze soundscapes. The duo play The Poetry Club on 7th October.

Stina Marie Claire, aka Honeyblood’s Stina Tweeddale, has shared her second single; a cover of The Sundays’ ‘Here’s Where The Story Ends’. Set to feature on her upcoming EP ‘A Souvenir of a Terrible Year’, the track features the key lyrics which have inspired the EP’s title – a sentiment that feels particularly appropriate given the context in which the new project was written. Created with the help of her fans in lockdown, the song was collectively chosen to be the sole cover of the EP – and like ’The Human Condition’ that came before it – it has a distinctly lo-fi, intimate feel to it.

Scottish hip-hop collective LOTOS release their new album ‘Renaissance’ today – a dense collection of tracks that comes in at around half an hour. Featuring a diverse array of voices like the eponymous MC Last of the Old School, rappers Revaluation and Kope and R&B vocalist Oggie as well as LOTOS herself, it’s an assertive display that blends raw, grime-infused beats, classic hip-hop tropes and orchestral stylings through a distinctively modern lens.

A band who have entranced us with one immersive release after another, Pelican Tusk are calling an end to their journey with the release of their final single ‘Dreamweaver’. Characteristically ambitious, the aptly named track is like a journey of consciousness – oscillating between hypnotic, psychedelic sequences, delirious rhythms and emphatic bursts of energy. Brimming with intriguing ideas, it’s a compelling final outing from this creatively untethered group. The band said After such a long time off, the idea of building something new feels like the right and exciting thing to follow”. Watch this space.