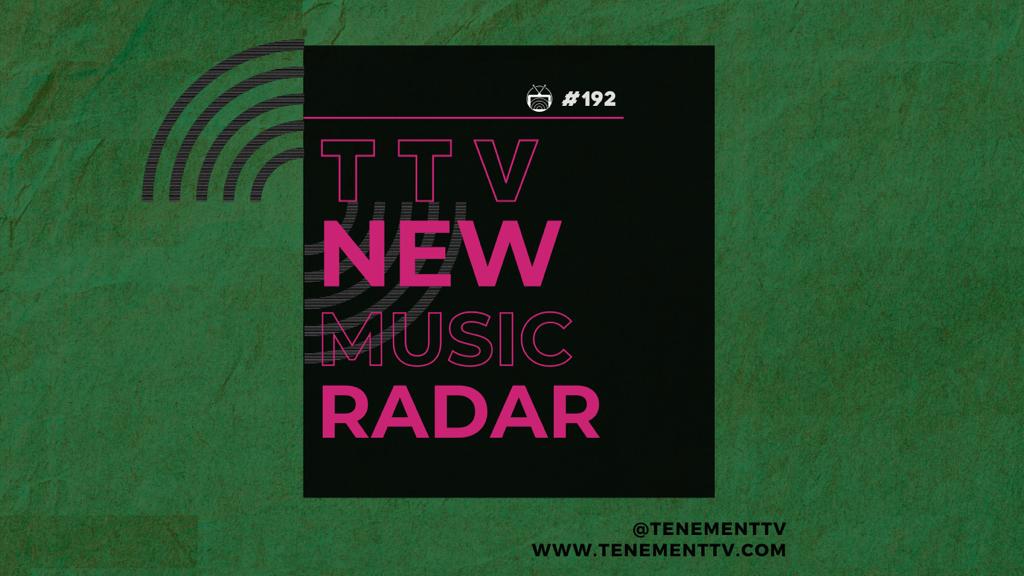 FROM thunderous alt-rock to emotive indie-pop to smooth R&B, we’ve got it all in this week’s New Music Radar. Check out our top tracks of the week below.

The Mysterines ‘Hung Up’

Liverpool’s The Mysterines have announced the release of their long-awaited debut album ‘Reeling’, out on 11th March via Fiction Records. Backed by heavy, vengeful guitars and thrashing drums, Lia Metcalfe growls her way through the track in unapologetic fashion. Polishing up their sound but still retaining the rough, gritty tones that they’ve alway revelled in, it’s a track that will drill its way into your brain.

Still relatively new to the scene, Paris Texas have certainly made an impact. Following the release of their ‘BOY ANONYMOUS’ album earlier this year, they’re back with a new five-track EP called ‘Red Hand Akimbo’, which includes recent single ‘girls like drugs’ and new Kenny Beats-produced single ‘BULLSEYE’. It’s yet another impressive addition to their ever-growing catalogue, full of heavy guitars, ferocious bars and hooks aplenty.

If you’ve been sleeping on Midnight Ambulance, then we suggest you tune into their new single ‘Rust’ and see what all the fuss is about. The Scottish alt-rock duo, comprised of old friends Fraser and Amelia, have upped the ante with each release and their third single is perhaps their most impressive to date. Dark and moody, ‘Rust’ is a big rocker of a tune – Amelia’s cool vocals are surrounded by a hefty, tempestuous instrumental, full of big riffs and atmospheric melodies.

Scottish indie outfit Mark Sharp & The Bicycle Thieves dropped their follow up to “Sink or Swim” with aplomb thus week with the excellent “Today. Tomorrow. Forever”. Akin to Stereophonics and fellow Scots The Snuts, Mark Sharp & The Bicycle Thieves continue to give a strong account of themselves in Scotland’s dynamic and exciting Indie scene with this latest banger. Check out “Today. Tomorrow. Forever” now.

DIY post-punk act Memes have developed a well earned reputation for their no holds barred critiques of our society through their music; usually entailling semi-sung/semi-spoken verses with an aggressive rhythm section in tow. Heavy Night continues in this vein as they take aim at the vapid and mindless experiences encountered on a night out, inspired by the sights beheld by the band living on Sauchiehall street. Memes, as ever, manage to channel their alienation with the world into yet another fun, catchy and witty banger with “Heavy Night”.

New Glasgow indie-pop group Uninvited released the follow up to their impressive debut “Tomboy” with the beautiful “Diet Cig”. The tight vocal harmonies are the song’s greatest triumph, as they meld into one another to create a beautiful chorus. Released today through independent label 7 West, “Diet Cig” is as strong a sophomore single as any band could hope for. We’ll be keeping a keen eye out for Uninvited’s future releases and we recommend you do too.

Known for seizing our hearts with their stirring soundscapes and intimate lyrical themes, this  ‘Violet Light’ reinforces Bleach Lab’s credentials even more so as they immediately capture us with their hazy guitar lines and hypnotic vocals. The bouncier melodies disguise lyrics laced with grief, as they explore themes of acceptance and moving on, inspired by the passing of bassist Josh Longman’s father.

Mitski ‘Working For The Knife’

After a two-year hiatus, Mitski has made a sensational return with ‘Working For The Knife’. A song about longing for success but realising you might not know what it means anymore, we find Mitski feeling dejected but strong; fighting to create art without the weight of expectation. Rooted in clattering, churning percussion, it marks a shift towards a more electro-industrial sound – the harsh instrumental the perfect background to her heavy words.

Glasgow-based rapper Hannymoon has returned with a slick new track called ‘Commando’, the first cut from an upcoming EP. Bringing his R&B influences to the forefront, the rapper’s intimate vocal stylings glide over the track’s smooth, meticulously crafted production. It’s another step forward from the rising star that has us intrigued for what’s to come.

Rachel Jack 'For You' (The Vegan Leather's Maximum Overdrive Remix)