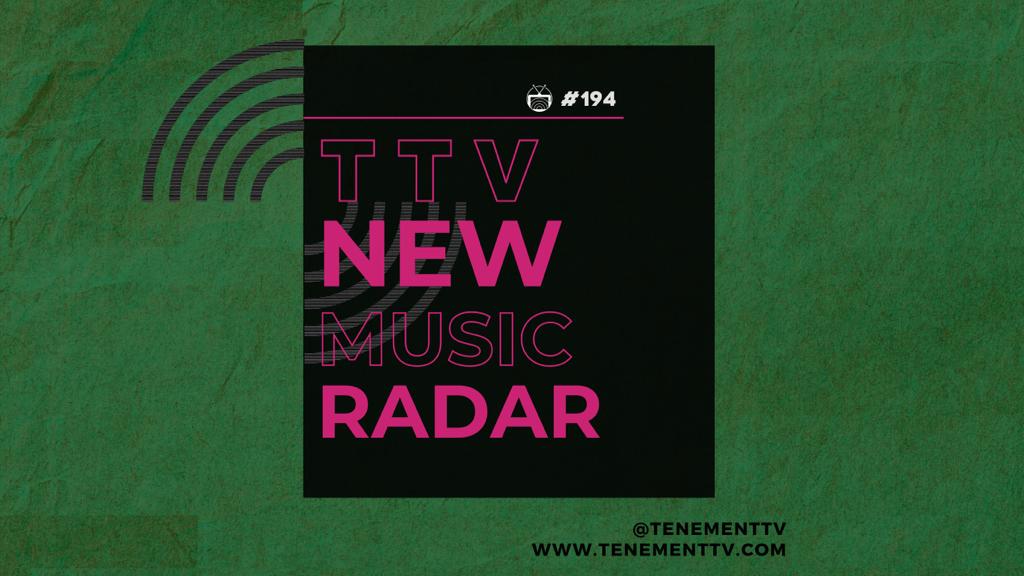 WE have a stellar list of tracks to share with you in this week’s New Music Radar. Stretched across a myriad of genres, there’s something for everyone with new offerings from Brooke Combe, Theo Bleak, Kobi Onyame, Metronomy, NewDad, Linzi Clark and more.

With a voice that is subtle as it is commanding, Brooke Combe has formed a refreshing sound – one rooted in incisive lyrics and soul and indie influences. ‘Impress You’ is built on a supreme bass line that leads us into a fantastic chorus – all stirring vocal harmonies and soulful hooks. She says “‘Impress You’ touches on the pressures women can feel to look or act a certain way for men. Hoping to impress them by becoming the ideal woman in their eyes which can be quite hard to obtain.”

It’s nigh-on impossible to describe the scale of VLURE’s sound. Visceral, thunderous, incendiary, earth-shattering – it’s all of these things and more. Their latest single ‘Heartbeat’ is no different and like the tracks that have come before, it yearns to be heard live. It squares up to you in the face and challenges you to let go of your inhibitions – it’s a raw display of emotion that feels as personal as it does provocative.

Hamish Hutcheson is in typically thunderous form – growling over a throbbing instrumental that builds and builds until it unleashes itself in an all-consuming display of catharsis. ‘Give me a release’ he demands over a wall of sound made up of piercing guitars, towering synths and hypnotising hooks. Indifference doesn’t exist in the world of VLURE – it’s about escapism and living in the moment.

Following his 2018 Scottish Album of the Year shortlisted album, Kobi Onyame has made a long-awaited return with a stellar new track called ‘MY PRAYER’. The track grabs your attention from the very outset – rhythmic handclaps and an enthralling woodwind riff guide you through until the big bass drum kicks in and lifts the whole thing up a notch. Featuring Highlife-inspired call-and-response vocals, it’s a vibrant, joyous display with Kobi’s energetic vocal performance at the centre of it – “See no colour in your brother…” he calls, in an emphatic statement of unity and togetherness. It’s a triumphant return that coincides with the announcement of his new album ‘DON’T DRINK THE POISON’ – out on 26th November (preorder here).

Metronomy ‘It’s good to be back’

Metronomy have announced their seventh album ‘Small World’, out next year on 18th February via Because Music. Along with the news, they’ve given us a sneak preview through new single ‘It’s good to be back’ – a spiky, catchy number full of bubbly synths and an emphatic feel-good message.

With her debut album ‘All I Have Now’ set to arrive next week on 5th November, Linzi Clark has shared one final stunning preview single in ‘Moments Gone’. Written from the perspective of an onlooker, the track explores the curious territory that lies between the external and internal world – how appearances can mask what’s going on underneath and how sometimes there’s more significance in what isn’t said than what is. As ever, her splendorous, slightly lilted vocals are wrapped in a rich instrumental provided by Bovine – crushing rhythms and warm guitars lift the swaying chorus to splendorous new heights.

Having recently joined Joesef on his UK tour – which featured the small matter of a debut Barrowlands show – Theo Bleak has followed up her stunning debut single ‘Paper’ with a new offering called ‘Feels Like Rain’. The track has the same warm, inviting quality to it but it feels more direct and instant, with a nostalgic turn-of-the-millenium feel to its guitar melodies and wistful vocals. An artist who can tug on the heartstrings as well as lure you into a dream-like state, it’s another triumph from the Dundee newcomer.

Cara Rose ‘Would If I Could’

Known for enchanting listeners with her powerful vocals and lavish piano-driven productions, Cara Rose has returned with ‘Would If I Could’. Musically the track marks a slight shift for the singer – her ruminative melodies and emotive balladry lifted by playful keys and a jazzy feeling of spontaneity. A song about companionship and seeking reassurance, it’s an uplifting number that feels like a warm hug in these autumnal months with no shortage of vitality running through it. What’s more, it’s the final preview of an EP due for release in November.

Opening with dramatic, cinematic strings, London rapper Shygirl channels the glitz and glamour of Cleopatra on her latest single ‘Cleo’ – trading in bold lines and grimy beats for mystical fantasy and bumping dance-pop. Instantly addictive, its slinky house groove will seize your attention in no time.

Following the release of their debut EP ‘Waves’, Galway outfit NewDad have returned with the alluring ‘Ladybird’. Backed by stirring, echoing guitars, singer Julie Dawson draws you in with her wistful, breathy vocals as she reflects on moments of vulnerability and self-doubt. Pairing a shoegazey jangle with a cinematic nostalgia, there’s an alluring simplicity to the track – intimate yet brimming with atmosphere as they take their sound to splendorous new heights.

MICHELLE ‘MESS U MADE’

New York collective MICHELLE release their next album ‘AFTER DINNER WE TALK DREAMS’ on 18th January, and they’ve shared another single ahead of its arrival. ‘MESS U MADE’ is the group at their most soulful, interweaving gorgeous harmonies while exuding charm and unbeatable chemistry.

Listen to our New Music Radar playlist below which features other weekly highlights like Kasabian, Home Counties, Nova and more.