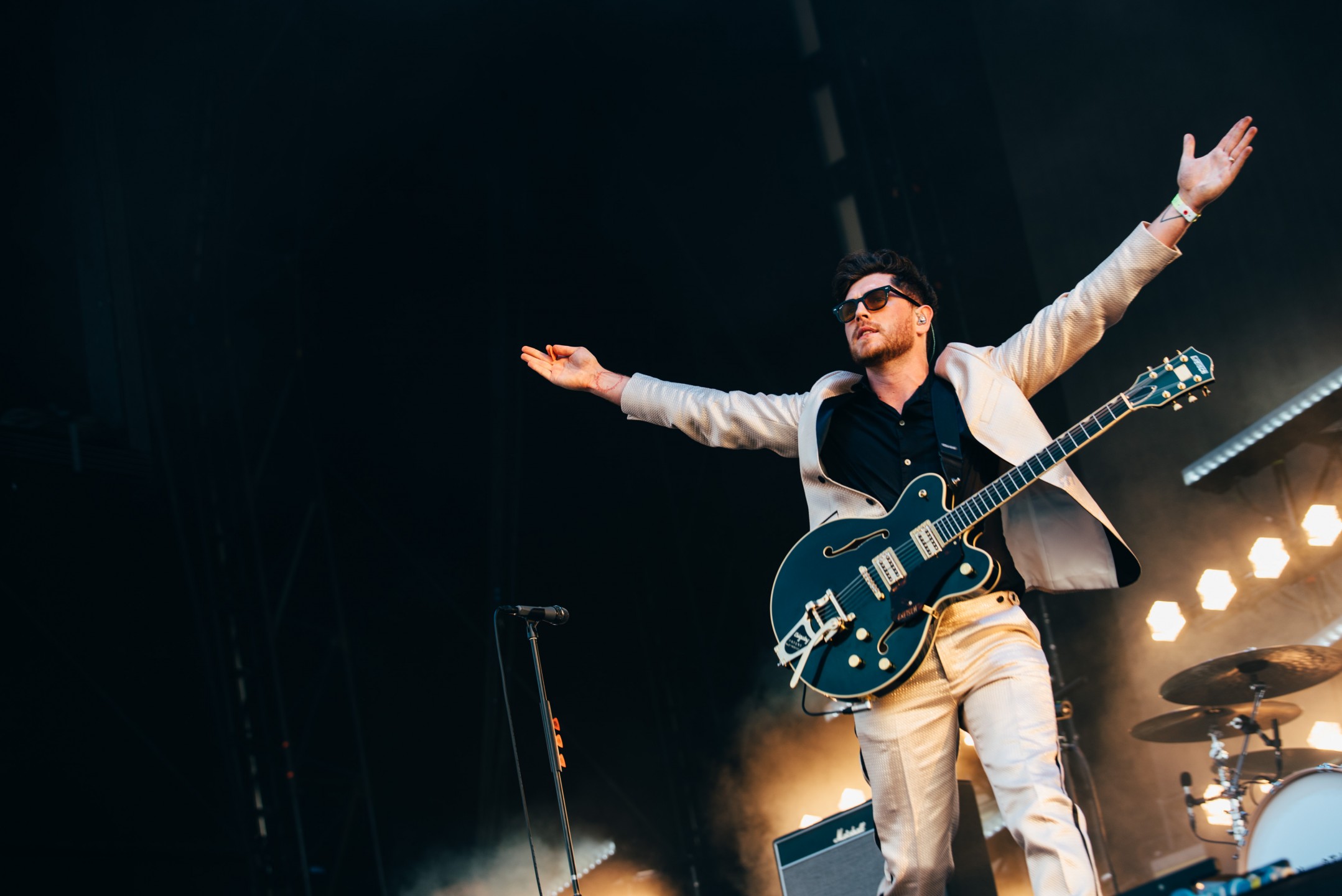 GLASGOW’S Twin Atlantic made their long-awaited return a couple of weeks ago with the release of ‘Novocaine’.

A huge slice of futuristic synth-rock, the track has given us an exhilarating insight into their revitalised sound and what’s to come from their upcoming album ‘Power’, slated for release on 24th January. Said to be the most autobiographical song on the record, it has now been paired with kaleidoscopic visuals courtesy of director Alex Nicholson.

Full of racing, throbbing synths and pounding rhythms, the electrifying track has only been enhanced by the colourful video. Speaking about the concepts and themes behind its creation, frontman Sam McTrusty says: “The collage approach to Alex’s idea was really appealing to us. It’s the exact same way we have been approaching writing lyrics on this album.

“A sound or a colour evoke a feeling or a memory and you chase that down a rabbit hole and see what it unravels from your subconscious. To have a director listen to the song and get that was lucky.

“Working to the limitations of just red, green and blue lighting was another way this ties into the record. We’ve found that by limiting ourselves we actually use more of our imagination and creativity.”

Nicholson adds: “I really wanted to create something different for this incredibly powerful song. I wanted the viewer to feel, to live the lyrics and to ignore everything else around them – just digest what they were watching.

“It’s a sensory experience. Put on your headphones, ignore everything else around you and immerse yourself in the epic sound and visuals.”

The colourful nature of the video echoes Sam McTrusty’s own experiences after he recently revealed that their new album ‘Power’ was influenced by synesthesia. He said:  “At the end of ‘GLA’, I’d been reading a lot about synesthesia. It was one of the few good things I’d been reading on social media and was like, ‘Fucking hell, that’s exactly hell what I’ve got’, especially with all the stimulation. When I listen back to things, I can see these different colour palettes and stuff in my head.”

“I suddenly became conscious of that, so I tried to start with a limited palate of colours. The sound came from having these strict rules, and because we didn’t have an A&R man or someone at a record label giving us their input, we needed those strict rules so I kinda just made them up subconsciously.”

Following a blistering return to Reading & Leeds and Glasgow Summer Sessions this summer, Twin Atlantic have also unveiled a UK tour which will include an intimate date at London’s Electric Ballroom. The full tour dates can be seen below.