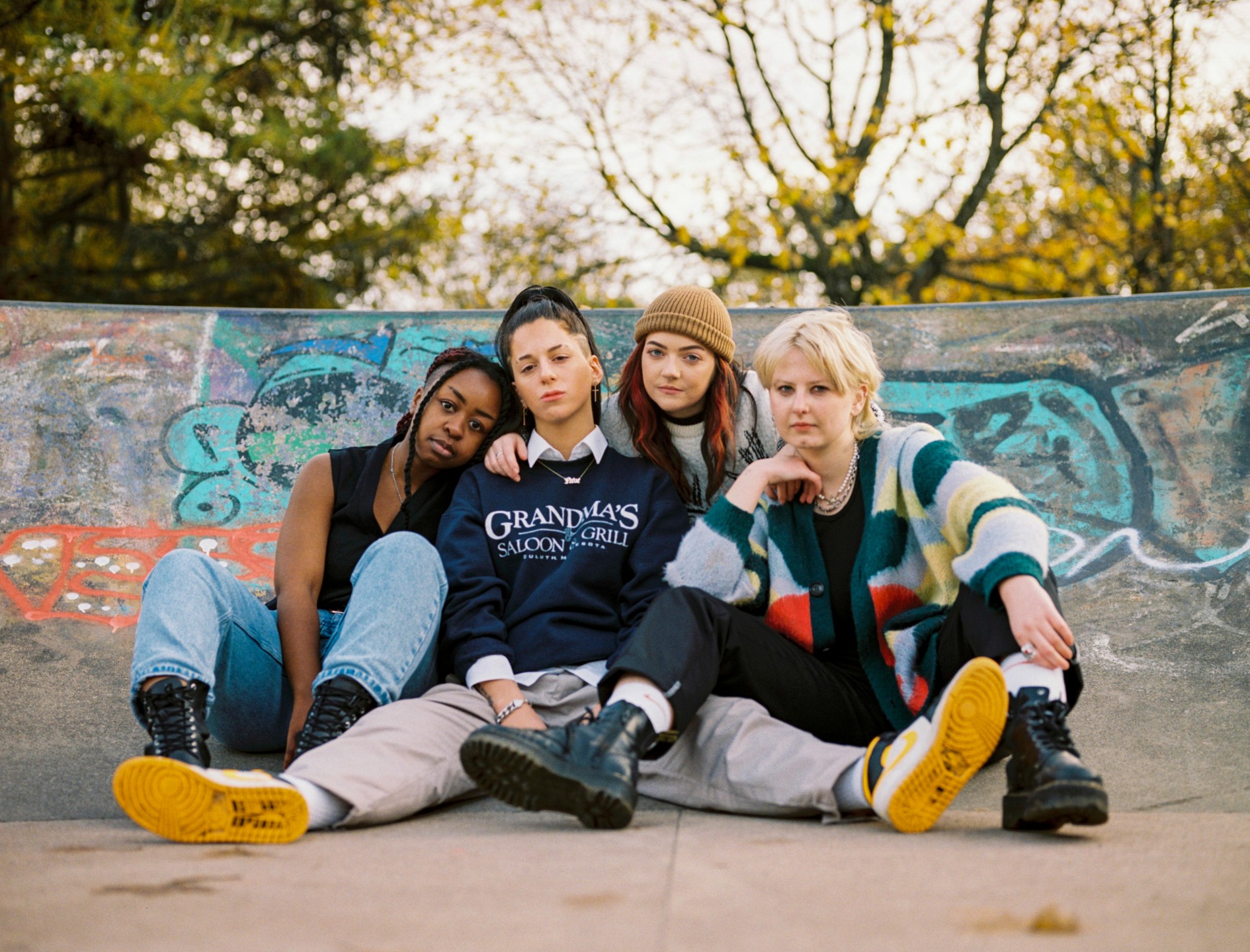 UNINVITED are back and surging with defiance on their new single ‘Behind The Black Door’.

On previous two singles ‘Tomboy’ and ‘Diet Cigarette’, the band showcased their huge potential – matching playful, fuzzy riffs and hooky choruses with meaningful lyrics and strong themes, challenging traditional tropes of indie music while putting their own indelible stamp on the genre.

Spurred on by a desire to be the change they wanted to see, this deep-rooted frustration comes to the surface on their new single and bubbles over into three minutes of invigorating alt-rock.

With pounding drums setting the pace, they take aim at the UK government and media with seething defiance and rage, their hard-hitting lyrics all the more timely as we endure yet another round of lies and deceit from tone-deaf politicians. Tied together by its anthemic and unifying chorus, it’s another triumph for the outfit.

Explaining “Behind The Black Door” came to be, Uninvited say: “It’s one of the first ever songs we wrote as a band, and over the years, it has just gotten bigger and better. We immediately knew we wanted to wait before bringing this song out as it is such an important message that we are trying to get across, and the fact that song is still relevant in today’s current political climate proves that we can’t stop speaking out about the government and it’s incompetence. We’re here to make noise.”

Growing in stature with each release, Uninvited play King Tut’s on Saturday 29th January as part of New Year’s Revolution.