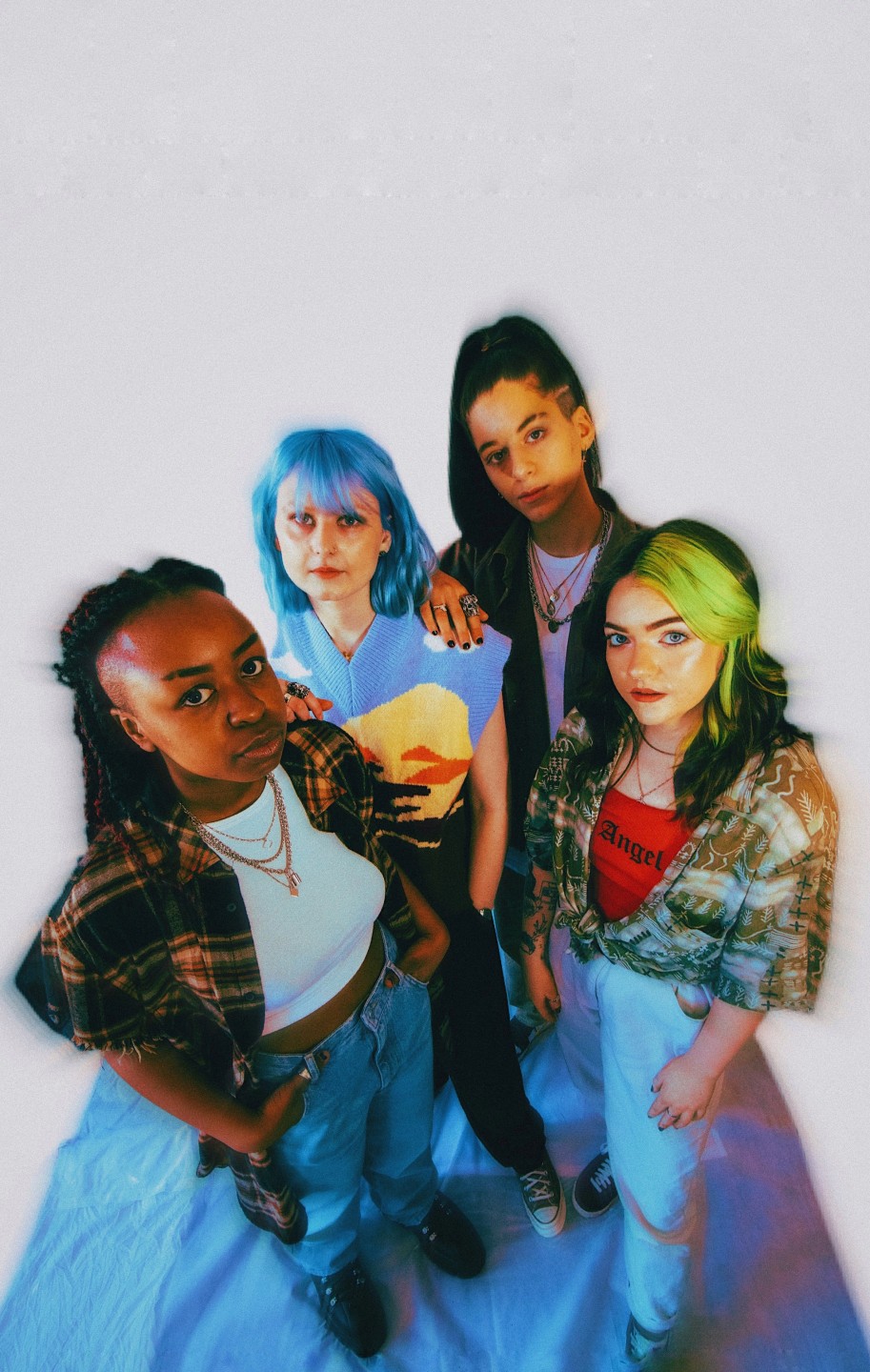 ARRIVING like a breath of fresh air, Uninvited are ready to shake up Scotland’s rock scene.

Formed after a series of chances meetings on public transport in Dundee and Glasgow, Ray Dillon, Gillian Dhlakama, Bex Young and Fiorenza Cocozza became Uninvited in August 2020. Fuelled by a desire to become the change they wanted to see, the four-piece began to write songs that brought the LGBTQ+ conversation to the forefront – challenging traditional tropes of indie music and putting their own indelible stamp on the genre.

‘Tomboy’ is their debut single and the perfect introduction. Bursting with energy and refreshing enthusiasm, it pairs catchy, summery melodies with steady drums and heart-on-sleeve lyrics. Reminiscing on their early queer experiences, it’s a buoyant, instantly addictive track that shows heaps of potential.

Taylor-Ray Dillon says “When Gill and I wanted to start the band a few years ago, I said ‘We should have a song called ‘Tomboy’. I thought the name was cool, I wanted to write a song called ‘Tomboy’ and then we forgot about it. Until last year, when Gill mentioned that she’d been writing ‘Tomboy’. When writing the lyrics, I thought of the things that I did when I was growing up –  I literally joined a football team to meet gay girls.”

Produced by Johnny Madden and Jamie Holmes in Glasgow, the track is out now via 7 West Music. Check it out now.

SPINN 'The things she said to me'

Hannah Slavin 'I Don't Have A Clue'