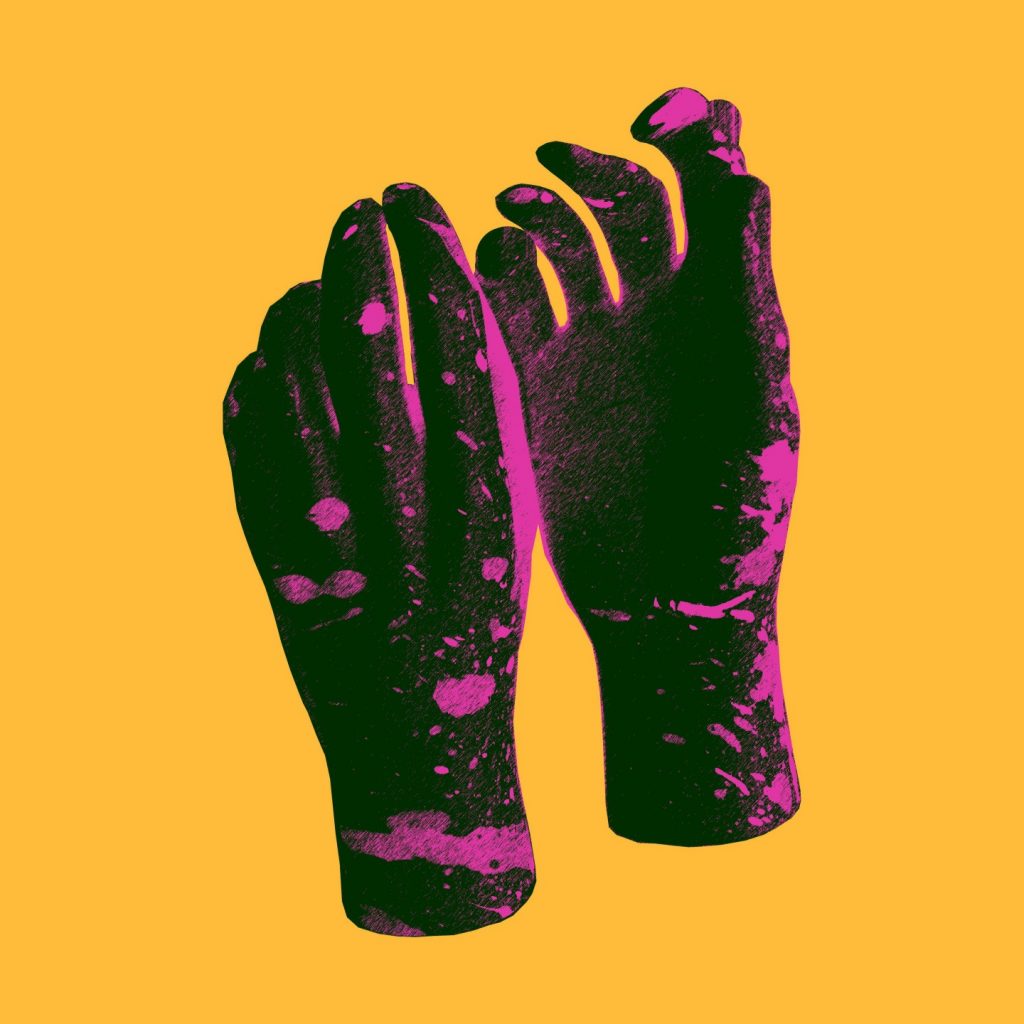 FROM the wondrously subversive ‘French Exit’ to the propulsive rhythms and instantly addictive chorus of ‘The Hit’, The Vegan Leather have given us one tantalising preview after another of what’s to come from their eagerly anticipated debut album ‘Poor Girls/Broken Boys’. Slated for release next week on Friday 25th October, the band have surpassed all expectations yet again with the release of ‘Heavy Handed’.

A band who have never been short in forthcoming about their love for all things heavy metal, guitars are well and truly let off the leash this time around in what is undoubtedly their heaviest release to date. Featuring some of the meatiest riffs you’ll hear all year, the alluring vocal interplay between Gianluca Bernacchi and Marie Collins is very much present and correct but there’s an underlying sense of unease and frustration this time around, a fiery defiance that sets the track alight like a bolt of lightning.

“Duchamp plastic branded in your art” they sing, exploring the dichotomous situation of juggling artistic ideas within the parameters of commercial expectations. “The song is about being part of a cultural scene or environment that you’re not comfortable with, not feeling ‘cool’ enough or that your art isn’t ‘good’ enough,” singer Marie explains. “It’s that pressure to feed the cultural zeitgeist but standing in defiance and writing what you actually want to write about and being able to be who you want to be.”

Pushing the parameters of their music once again, it’s another heavy dose of reality delivered dramatically against raging riffs, pummelling rhythms and one of their biggest choruses to date. Defiant and unapologetic in its delivery, it’s the sound of a band who refuse to follow the crowd, who continue to exact their own vision without compromising for as much as a moment.

Marie adds: ‘Heavy Handed’ is our time to literally be a bit ‘heavy handed’ – it’s our space within the album to feel like we have authority; to have a bit of rage and to own those feelings.”

Known for their exhilarating live shows, The Vegan Leather are nominated for this year’s Scottish Alternative Music Awards as ‘Best Live Act’.

‘Poor Girls/Broken Boys’ arrives on 25th October with an album launch to follow at King Tut’s on 2nd November. Get tickets here.

Check out the track below aswell as its appropriately dark and unnerving visuals.