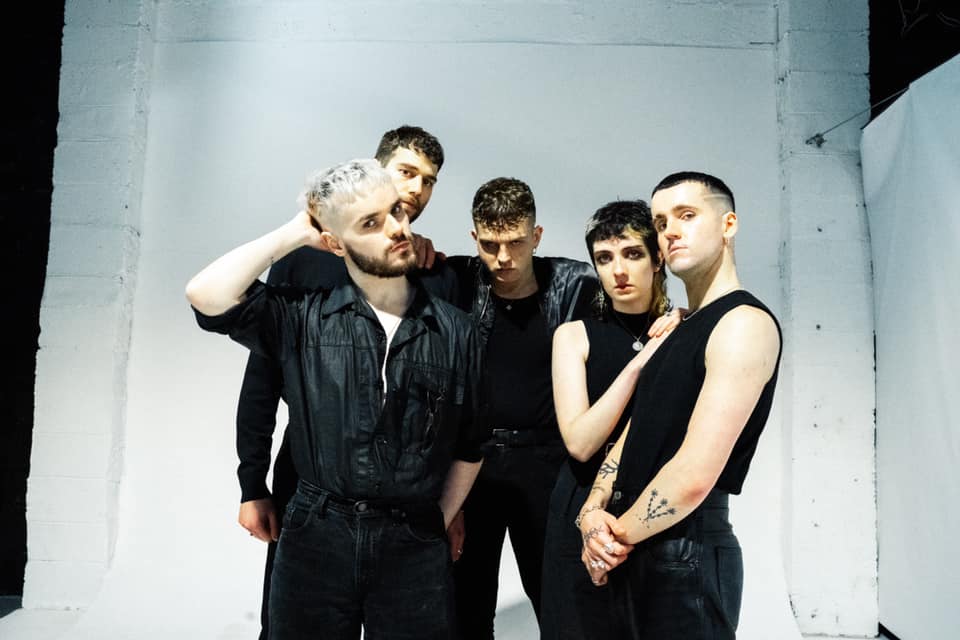 IT is an exciting moment when a band arrives and absolutely demands your attention from the very first note. Rousing something from deep within, it’s a feeling that has become all the more invigorating in the context of lockdown and a life with no gigs; an antidote to monotony and a revitalising shake to the system.

The Glasgow-based outfit emerged in 2019 and quickly carved out a formidable live reputation with notable gigs at The Great Escape, Tenement Trail, The Great Western festival and more. Made for sweaty dancefloors as much as they are for dark, dingy underground venues, their intoxicating mix of raw primalism and extroverted showmanship has to be seen to be believed. Known for getting up close and personal with each and every crowd, we’ve even seen them turn modest afternoon slots into raw, impassioned displays of catharsis and menacing intensity.

Now after nearly a year without any live gigs at all, the band have laid down all of this  energy into a long-awaited debut single called ‘Shattered Faith’.

It’s fair to say that whatever hurdles the quintet met along the way in the run up to its release are pummelled into non-existence.

‘Shattered Faith’ is immense in every sense of the word. Built on a foundation of hammering post-punk beats, big synths and 80s anthemics, it is electronic-soaked post-punk that will shake you to your core. Marking himself out as one of the most charismatic vocalists this country has produced in years, frontman Hamish Hutcheson bellows out idealistic self-perceptions against the towering instrumental. Like a man possessed, his performance increases with intensity as the track reaches its adrenaline-inducing climax.

A track that we can imagine booming out in a nightclub, its emotional roots run much deeper. The band say of the track “We wanted to create something that felt at home on the dancefloors that we all found ourselves on growing up,” says VLURE, “yet still equally at home in the sweat-filled venues that the band was conceived in. At its crux, ‘Shattered Faith’ is about self-empowerment. It’s the disillusionment with where you are and what you’ve been given. It’s lying on your kitchen floor at 3am realising who you truly are and finding power in that – it’s a new lease of life. We believe that, if you want to find it, there is something for everyone in this song.”

Relentless from the get-go, ‘Shattered Faith’ is a dark, gritty but ultimately uplifting introduction to VLURE’s monochromatic world. In other words, it’s an absolute triumph. With as much style as they have substance, they’re a band who are raising the bar in the best way possible and we can’t wait to see what comes next.