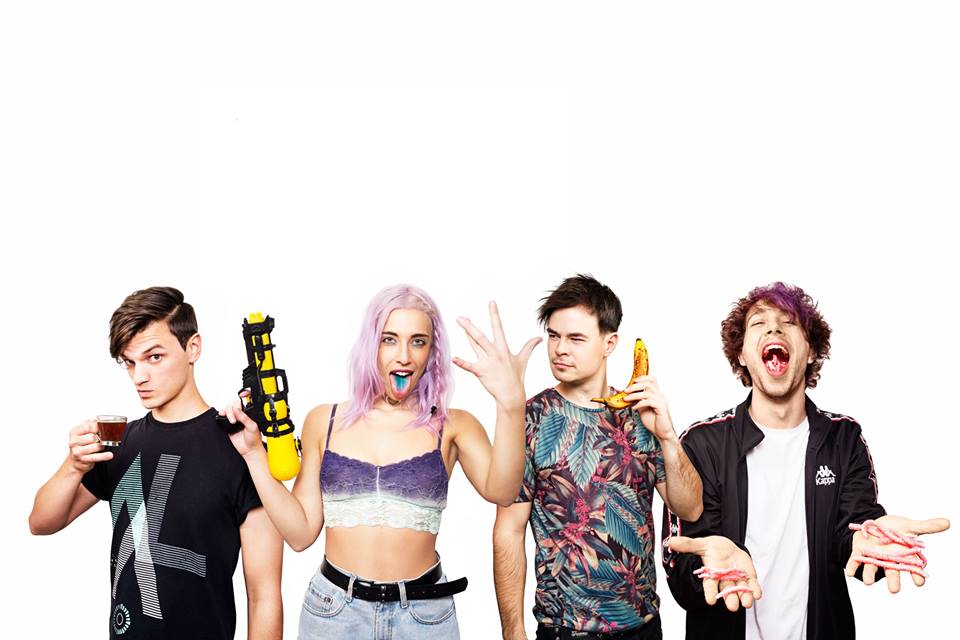 A Scottish band that have managed to amass cult-like levels of support among their fanbase, Vukovi certainly seem to have all the makings of stars on the rise. With an immensely fun sound that is never reticent to ramp up the intensity when necessary, this sprightly four piece are poised for a prosperous 2016 after signing to Lab Records earlier this year. If any further evidence of their potential was needed, one would only have to look at their recent show at The Art School and growing reputation as a live band to see why so many are singing their praises

A track that has aided them greatly during their recent tour supporting Young Guns, the band have unveiled a new video for ‘Bouncy Castle’.

Aligning the poppy elements of their sound and penchant for snappy choruses with guitar parts and driven percussion which are vaguely reminiscent of the intricate yet brash sound of Biffy Clyro on albums such as Infinity Land, Vukovi have managed to entice an audience which defies genre distinctions with ‘Bouncy Castle’.

Propelled forward by Janine Shilstone’s passionate and raw vocals, the track sees them carry themselves as though they’re already playing arenas and that’s no small feat during the formative stages of their career.

Its accompanying video is an energetic and whimsy filled tour diary which features a mixture of candid and comical footage alongside images of the band delivering aggressive and uncompromising live sets.