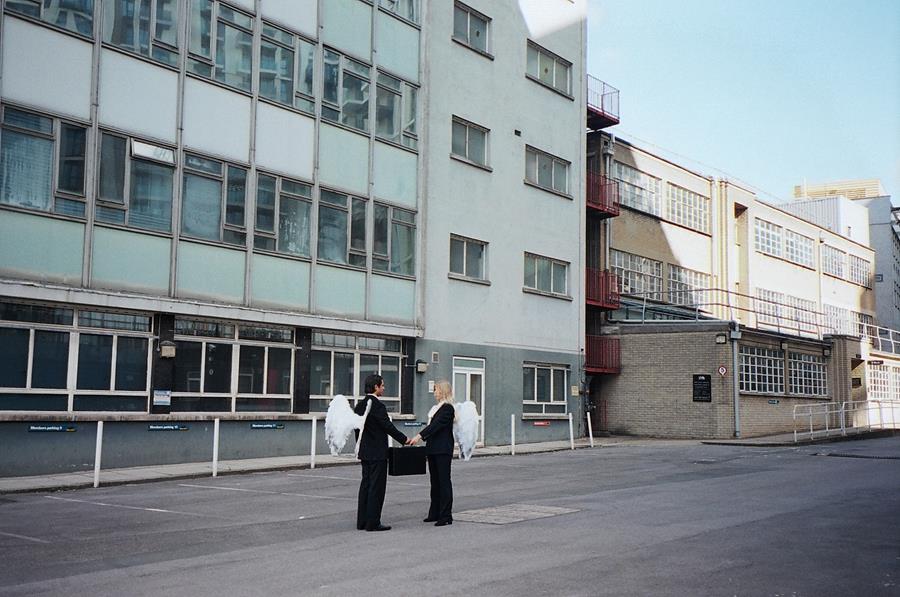 FORMERLY of InHeaven, Chloe Little and James Taylor are back with a brand new project called Wings of Desire. Taking their name from the 1987 Wim Wenders film, the pair have added a philosophical edge to their songwriting, citing lecturers, psychologists, spiritualists and other great thinkers through the ages as influences on their new tunes.

After expressing their dissatisfaction with the world on ‘001’ earlier this year, the duo have returned with their second single ‘Runnin’ which challenges us to slow down, take in what’s going on around us and question “why?”. Inspired by Naom Chomsky’s ‘Manufacturing Consent’, which proposed that media had effectively become system-supportive propaganda, it’s a considered, slow-burning track that draws from the early 1980s Factory Records era.

The opening quote from drag performer, and fashion designer Dorian Corey, taken from the 1990 documentary Paris Is Burning, sets the tone for what’s to come as the band unfurl their majestic, euphoric soundscapes with ease. Driven by a propulsive rhythm section and Taylor’s impassioned vocal delivery, it’s a compelling release from a band who hope to inspire hope and conversation through their music.

The band comments: “Running endlessly in circles eternally longing for something, of which we are not sure. In a culture designed to distract us from ourselves, and one that empowers narcissistic idealization. Maybe its time to get off the wheel and see what’s outside?”