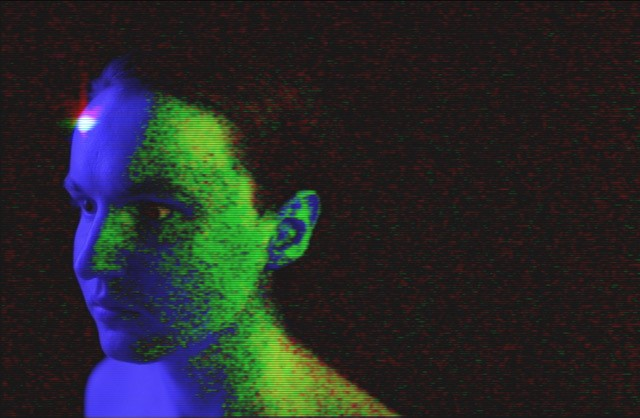 WITH boundless creativity and an infectious enthusiasm for his craft, Wuh Oh is the brainchild of Glasgow producer and mercurial performer Peter Ferguson. Over the past couple of years, he has gone from strength to strength, appearing at TRNSMT Festival, Electric Fields and securing some seriously enviable support slots with the likes of Orbital, Com Truise and DJ Shadow.

Now after a lengthy period of radio silence, Wuh Oh is back with his sublime new single ‘Pretty Boy’. Coming in at just over two minutes in length, the producer once again shows what he can accomplish in such a short space of time – a circling synth chord builds and builds as if something’s about to take off, but it never quite comes to pass while submerged vocals offer moments of sweet ecstasy. It’s deeply anxious and unsettling yet enticingly gripping at the same time.

When we step into the weird and wonderful world of Wuh Oh, it’s clear that he is an artist who is in touch with the feel of music aswell as the physical technicality of it, something that is proving deeply effecting for the producer and the listener alike.

The otherworldly track is accompanied by a cinematic, sci-fi inspired video where we see the construction of an android avatar meant to be Wuh Oh himself. The track goes hand in hand with the music as Ferguson says: “It was important to me that the audience feels they are part of the journey from the very beginning, watching the artist literally being brought to life’

‘Pretty Boy’ is now available on all streaming platforms. Check it out below.