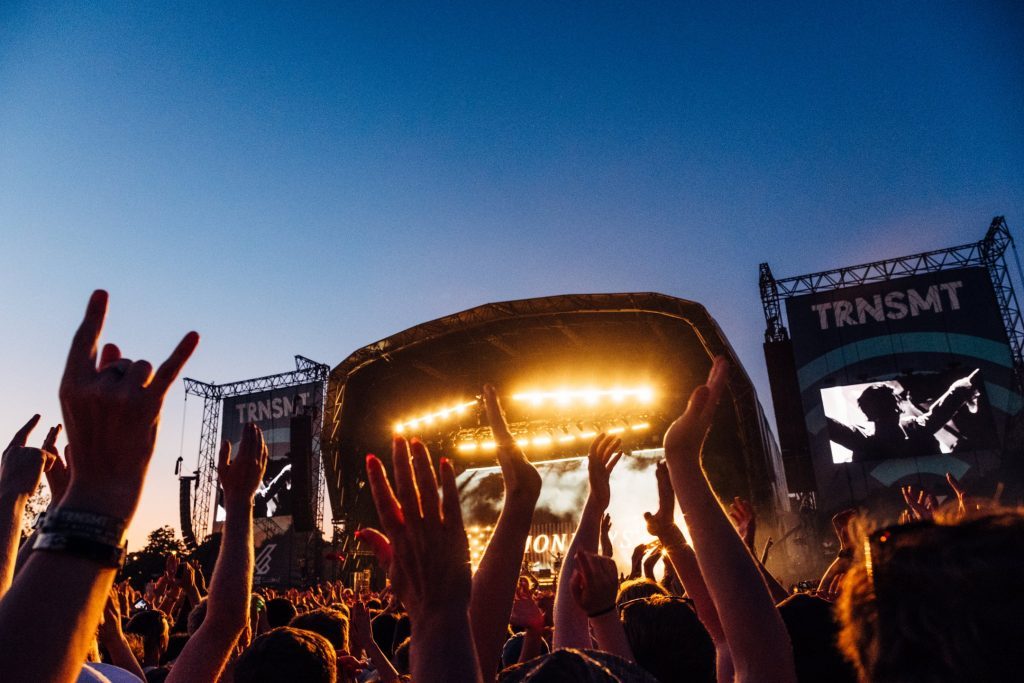 TRNSMT festival kicks off this Friday at Glasgow Green, with Catfish and The Bottlemen, Stromzy and George Ezra all heading the bill. Away from the Main Stage, TRNSMT 2019 welcomes a brand-new stage, The Queen Tut’s stage, which sees the Scottish festival pushing to reduce the Gender Play Gap at major festivals.

Lauren Spiteri, the niece of Texas frontwoman and star of TRNSMT 2018 Sharleen Spiteri, headlines the first ever Queen Tut’s stage on Friday 12th July. Growing up surrounded by music, the Glasgow-born musician has since headed south to London, further broadening her musical horizons, and spent recent times working with the likes of Luis Felber and Fred MacPherson, crafting a minimal, haunting and soulful sound. From five-piece band to creative duo, Edinburgh’s LUNIR use live looping, jazzy rhythms and more to create their unique sound that they build live, in the studio and in film scores. Dundee’s ST. MARTiiNS are also joining the lineup on Friday 12th July. Hailing from the city of Discovery and signed to LAB Records, the appeal of their alternative pop sound extends far beyond the Scottish shores, catching the eyes and ears of crowds across the UK.

Fellow Dundonians Sahara are also taking to the Queen Tut’s Stage on Saturday 13th July. Having played the inaugural TRNSMT back in 2017, the indie outfit are back with a heavier, surfy sound, sure to capture the attention of the Glasgow crowd. One of the busiest live bands in Scotland, CRYSTAL, are being heralded as Scotland’s answer to Wolf Alice. After storming performances in Dundee and London on the TTV Discover Tour back in April, their hard-hitting sound has captivated audiences across the UK and they will no doubt grab their TRNSMT appearance with both hands. Fellow Discover Tour act Zoe Graham will round off the second day of the Queen Tut’s Stage. Zoe Graham’s soulful singer-songwriter sound has won over an army of fans at every gig she plays. Whether performing with her band or solo, her lyricism, style and the charm she posses makes her live shows not ones to be missed.

One of the undoubted highlights of this brand-new stage falls on Sunday. Hailing from the Scottish highlands, Tamzene has came a long way since being spotted as a busker on the streets of Inverness. Since then, her sound has taken on a whole new life and risen to a new level, evident when she packed out Brighton’s One Church at 2019’s Great Escape. TRNSMT 2019 is your chance to see this incredibly talented musician at their live best. Bringing the sound of the states to the stages of Scotland, Zoee is pulling influence from the Queens of country music, such as Dolly Parton in to her raw, award-winning sound. Having set up home in Scotland, she has woven her charming sound into the fabric of Scotland’s thriving music scene. Having released their debut single only 9 months ago, Scottish dup The Eves have shown an incredible rise at a pace that has found themselves rounding off the Queen Tut’s stage on Sunday night. This pop outfit pick apart elements and genres, with influences from First Aid Kit to Haim, marrying them together through pop-sensible songwriting.

Check out the full Queen Tut’s Stage lineup below.

Tickets for TRNSMT 2019 are available now.

Everything you need to know about TRNSMT 2019