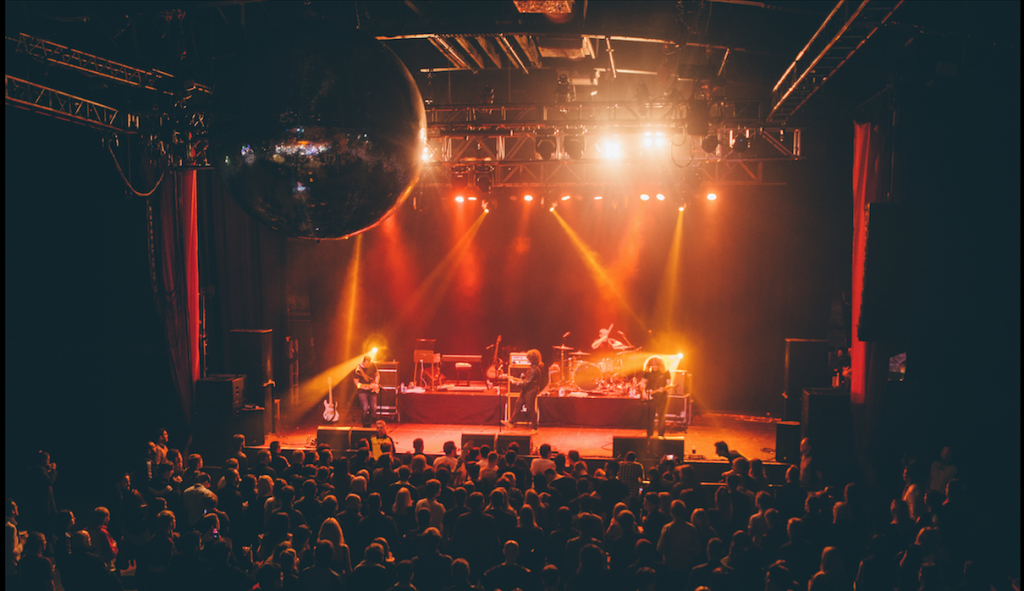 TENEMENT TRAIL is undoubtedly the best place that music fans can gather to see a MAMMOTH number of bands from the up and coming to established veterans. However, it is giving a platform to emerging acts that the Trail really thrives, and we are looking back at the unstoppable rise of some of  Tenement Trail’s previous highlights.

In 2016, Lewis Capaldi made his Tenement Trail appearance, and since then, it has been a crazy, crazy ride to the top of the UK scene for this West Lothian singer-songwriter. Towards the end of 2017, Capaldi’s ‘Bloom EP’ EXPLODED online. Since then, Lewis Capaldi has seen a whirlwind rise, alongside a stream of singles, from first stepping on the Tenement Trail stage to a globe-trotting tour, making the Radio 1 playlist, the main stage at TRNSMT and a growing army of diehard fans. 2018 has already been a huge year for Lewis Capaldi, and with even more tour dates and releases coming up, there seems to be no stopping him.

Since 2013, Baby Strange have been central to the sound and momentum of the Scottish live music scene. These Tenement Trail veterans have taken their riotous punk-peppered indie sound well beyond their native Glasgow. This rock ‘n’ roll trio have enjoyed huge runs of shows, packing out venues wherever they go, playing at some of the UK’s biggest music festival and supporting indie icon Jamie T. Undoubtedly one of the country’s best-loved bands, Baby Strange continue to prove themselves time and time again why their unrivalled, energetic live shows have refused to waver no matter the heights they are inevitably going to reach.

2015 Tenement Trail favourites, The Amazons, have seen an unstoppable rise up the indie ranks since they took the teatime slot at Nice n Sleazys. Undoubtedly one of the best sets of the day, The Amazons’ rise to the top was easy to foresee. Since then, they have toured relentlessly, recorded their debut album and set their own van alight for the album cover, a graduation from local boys doing good in underground bars to filling venues with their anthemic rock-driven sound, one of the sounds of 2018, while hype continues to build around what is next for The Amazons.

Over one year, Rascalton went from the opening slot of Tenement Trail to grabbing the coveted midnight show at Flat 0/1. There show in 2017 was undoubtedly one of the best and most riotous sets that Tenement Trail has ever seen, testament to their seemingly unstoppable rise to the top of the indie music scene. One year on, the boys continue to prove time and time again that their unwavering punk-driven indie sound shows no signs of stopping as their tours touch down in more places than ever before, with bigger crowds being treated to the sweaty wildness of Rascalton.

After a blinding set at Tenement Trail 2017, The Big Moon have joined the string of bands who have gone on to huge success since their performance. This four-piece have went from blowing away fans in Glasgow’s Garage to globe-trotting tours and critically acclaimed releases. Their 2017 debut album, ‘Love in the 4th Dimension’, is still on the heavy rotation of fans and music royalty alike. One of the hardest working bands in the country right now, their recent tour of the USA saw them playing two shows a night for an entire tour, mastering their craft and ratifying their status as one of the consistently best live bands around.

Glasgow’s The Ninth Wave’s unique noise-pop has continued to turn heads since they took to the Tenement Trail stage. 2018 has been a huge year for this band, turning many heads at the Great Escape Festival 2018, and bagging their slot on the TRNSMT lineup. Alongside other bands in the scene, The Ninth Wave channel the concepts that defined the sounds of new wave music, using synths, male to female vocals and LOUD guitars, building a scene in itself over the last year.

One of the stars of Tenement Trail 2017, Louis Berry’s rock ‘n’ roll sound is only trumped by his drive and ambition, with his monumental rise seeming almost unstoppable over the last year. His 2018 single ‘Stumbling’ has racked up almost 2 million streams on Spotify, alongside a string of festival performances and tours. After first bursting onto the scene, everyone was tipping him for big things and he continues to prove everyone right, breaking down barriers on an unstoppable journey.