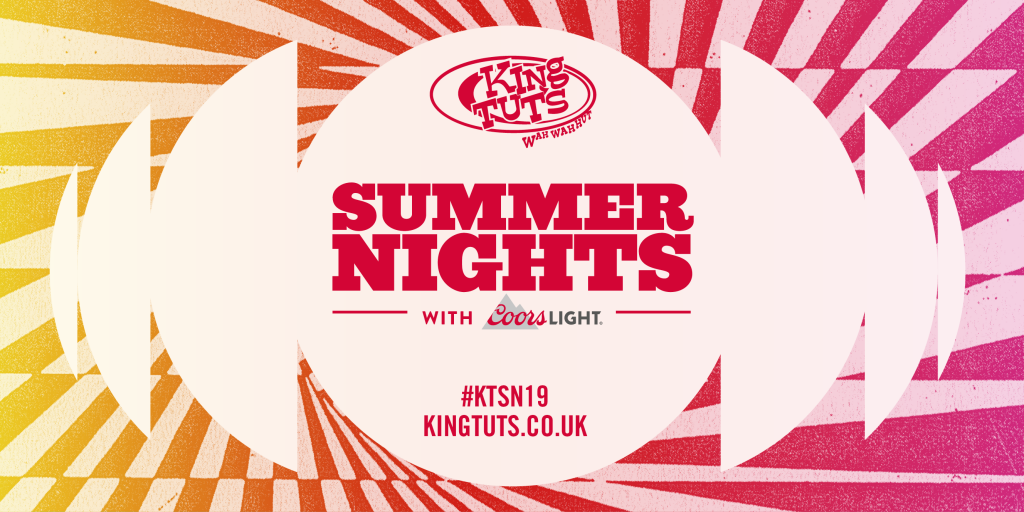 NOW in its eighth year, King Tut’s have teamed up with Coors Light to bring music fans ‘Summer Nights with Coors Light’, which sees the grassroots festival boast their biggest lineup to date.

The site of some of the most legendary gigs in Scotland, from Calvin Harris’ early shows to the discovery of Oasis, King Tut’s will this summer be bringing over 100 emerging acts to centre stage, coupled with beers supplied by Coors Light.

Taking place over seven weeks, from July 18th to August 31st, Summer Nights 2019 boasts the biggest and most diverse lineup yet, spread across 26 days and covering every genre from indie to jazz, country to pop and everything in-between. Jamie Probyn, Coors Light UK Brand Manager said, “The launch of an incredible summer of music at King Tut’s is an exciting partnership for us. We are looking forward to bringing the ice cold refreshment of The World’s Most Refreshing Beer™ to Glasgow this summer, as some of the UK’s (Scotland’s) most exciting emerging talent take to the stage.” Check out the full lineup below. 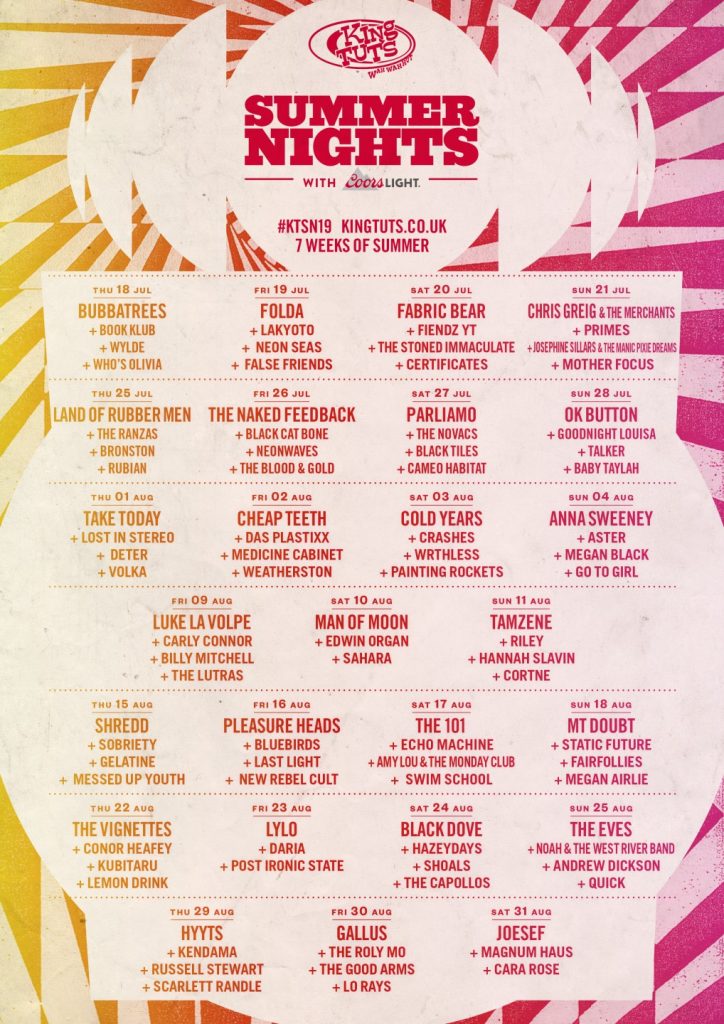 Chris Loomes, Booker for King Tut’s Summer Nights at DF Concerts said, “We’re all really excited about the festival this year. Taking over 2 months rather than the usual 2 week stint was a no brainer as it is really important to us that we showcase as much of the amazing talent we have in Scotland as we can with the festival. The Scottish music scene is stronger than I can ever remember it right now and I think this is reflected in the amazing line up we have. There’s something for everyone here and the hope is the acts we have playing will come out of the festival with a bit of momentum, new fans and a stronger live show.”

Tickets for King Tut’s Summer Nights with Coors Light are on sale on Friday at 9am here.

RESONATE returns, even bigger, for 2019