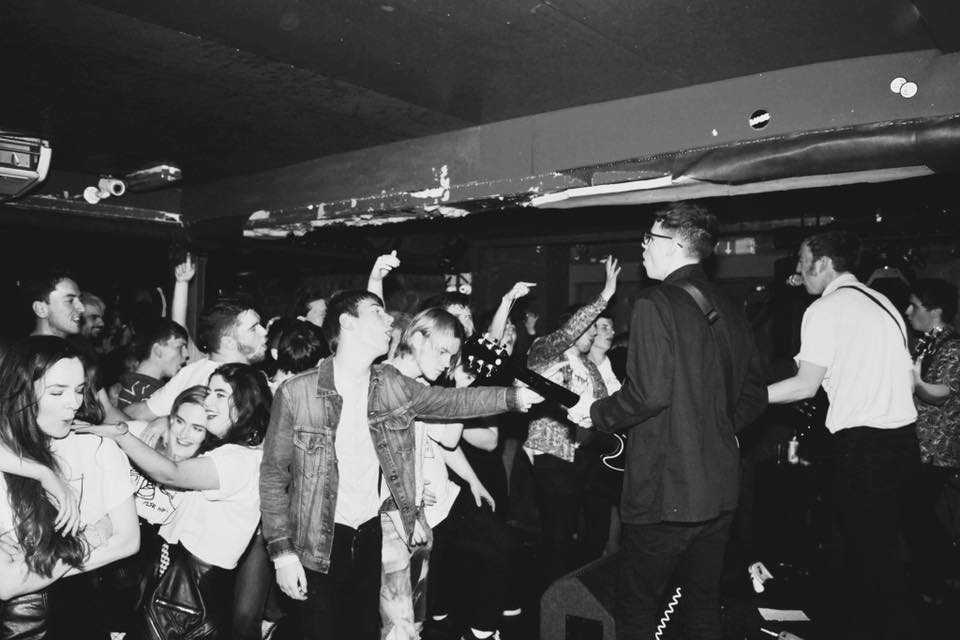 PLEASURE HEADS have detailed their excitement ahead of their headline performance at Glasgow’s The Old Hairdressers on Friday.

After ascending through the ranks of the nation’s flourishing scene to quickly become one of the most hotly tipped bands in recent memory, the Falkirk-based four piece have given fans a window into what lies before them on the 15th June and clarified precisely why it is not a show to be missed:

“Before the season of bucket hats, bad sunburn, and weekend-long hangovers is upon us, we’re hitting the Old Hairdresser’s hard. This will be our last gig in Scotland’s music capital for a couple of months, so catch us while you can. Expect to witness tracks from our upcoming EP, as well as the usual riotous stage antics, spearheaded by our very own glasses guy.”

Revered for their incendiary live shows and deeply transfixing singles such as ‘Concrete Lips’ and ‘Middle Man’, the band will be joined by a strong supporting cast comprised of Glasgow indie rock outfit Gallus and rising post punk quartet Sobriety.

Bolstered by an afterparty at the cavernous Sauchiehall Street landmark The Priory Bar, tickets are priced at a paltry £5 and are available now via Good//Careful’s BigCartel.