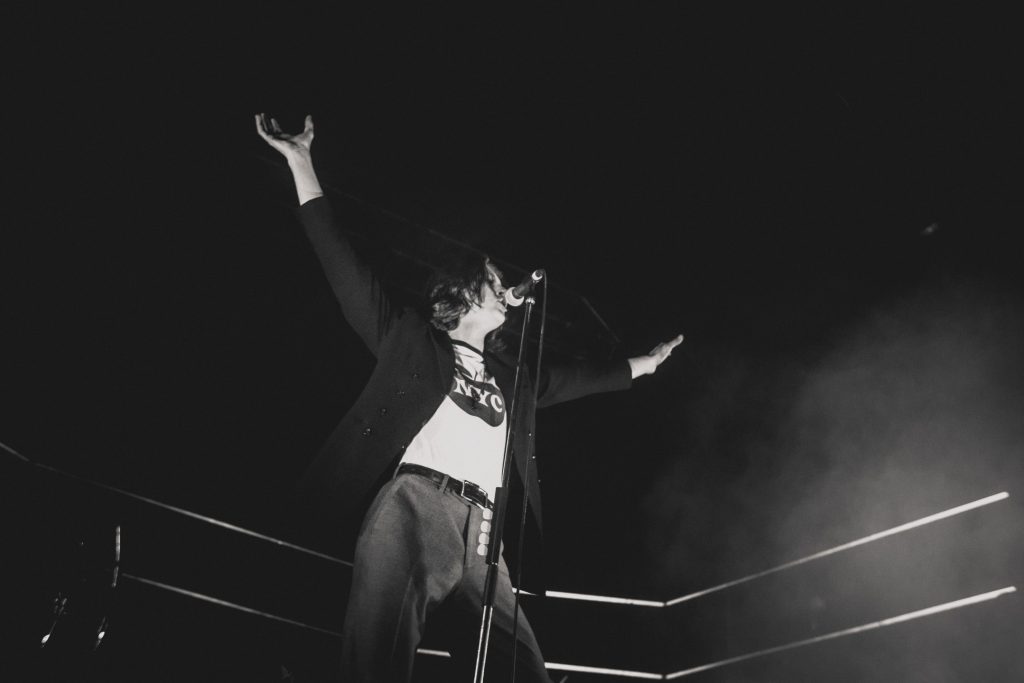 FOLLOWING a triumphant set at TRNSMT 2018, Stockport’s finest indie band, Blossoms, returned to Glasgow, to deliver another blistering set of 80s-tinged indie goodness. The theatrical setting of the legendary academy felt befitting for seemingly new phase in the life of Blossoms, as the stage became more elaborate, and the band seem to have graduated from the new kids on the indie block to fully-fledged rockstars.

Sauntering onto the iconic stage to the usual tune of Kanye’s ‘Black Skinhead’, the band assembled upon a seemingly cramped stage, as if they were playing a small club show. However, when the first note was struck as the stage was electrified by neon light, it was certain that Blossoms were no longer a band befitting of small stages, but rather an outfit deserving of the biggest stages. 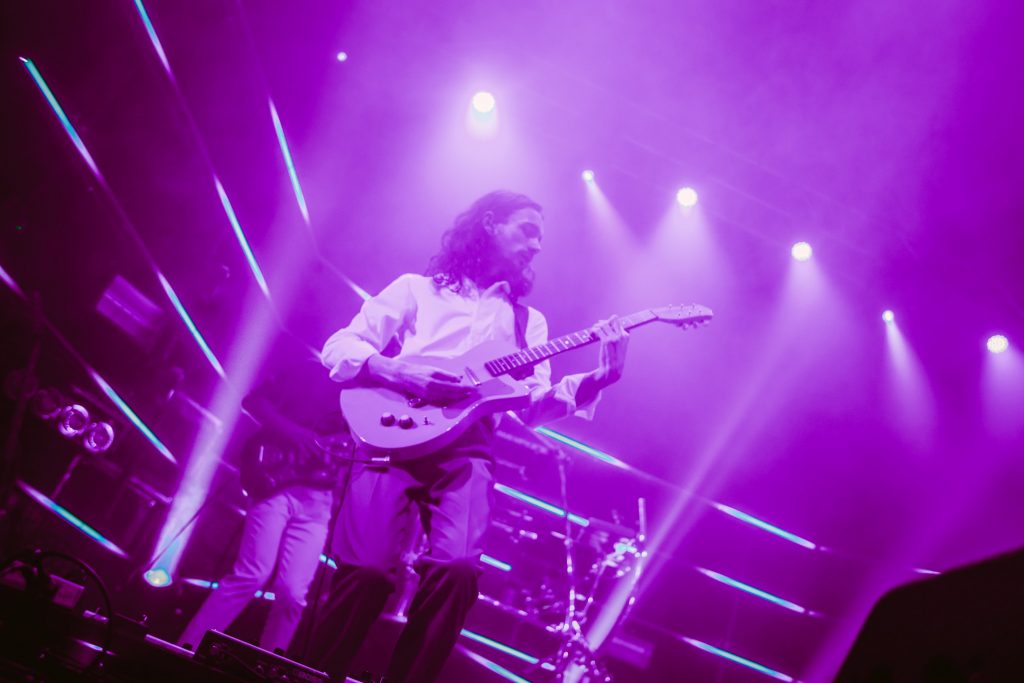 The set got off to a striking start, with the lead single from their latest record providing the opener, as ‘I Can’t Stand It’ threw the crowd on the floor into a frenzy of guitar-fuelled madness. From this point on, Tom Ogden began to take on the form of a more eccentric frontman than we have seen him before. Ditching the guitar, he began to swan around the stage, getting in the face of the crowd at every corner of the venue. This more demanding stage presence is certainly something that suits the Blossoms style. An energetic and flamboyant performance.

One thing that never once diminished throughout the entirety of the set, was the crowd’s enthusiasm for both old and new songs. While favourites from their 2016 debut album were able to stir the singalongs, with ‘Blow’ and ‘Cut Me and I’ll Bleed’ featuring early, and loudly, in the band’s set, it was song’s from 2018’s ‘Cool Like You’ that really demonstrated the admiration fans have for this band. As one of the year’s most anticipated records, it certainly delivered, achieving widespread critical acclaim, and the tracks that have soundtracked many people’s year compute perfectly to their live show. 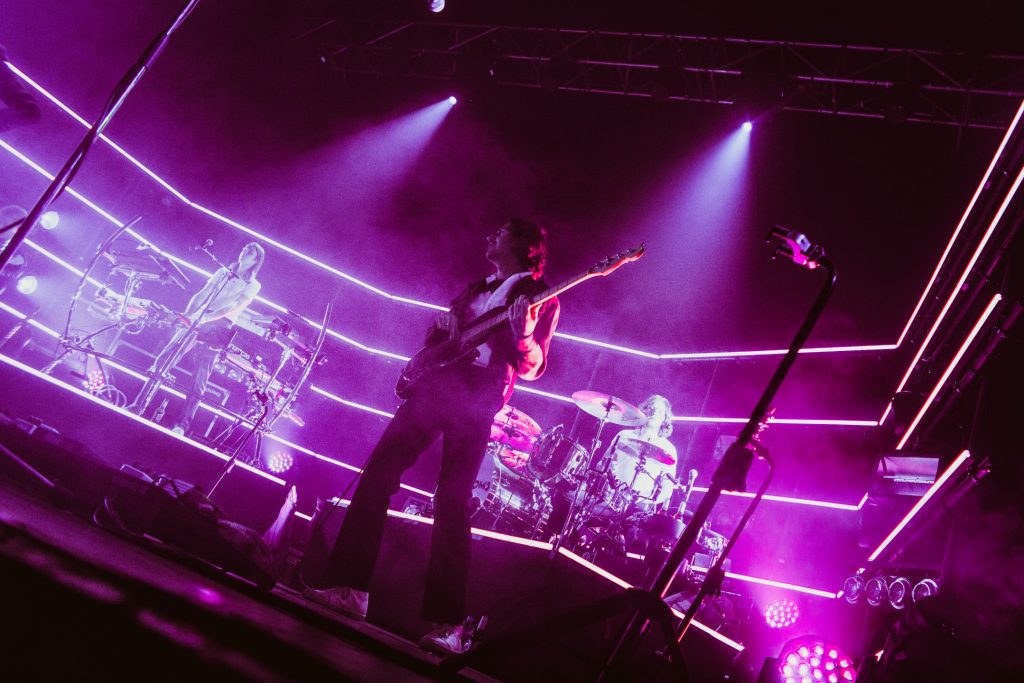 As the set began to draw to a close, Tom Ogden lead the crowd in two mammoth singalongs. From blending their acoustic ‘My Favourite Room’ with festive favourite ‘Last Christmas’ and Oasis anthem ‘Half The World Away’, to channeling one of British music’s most icon bands, The Smiths. Ogden was able to further channel his inner-frontman, with Morrissey-esque stage moves and haunting vocals that perfectly delivered an incredible rendition of ‘Bigmouth Strikes Again’.

Closing on their breakthrough single ‘Charlemagne’, Blossoms rounded off a triumphant set in impeccable fashion. With more sold out dates before the end of the year, it is difficult to see what, if anything, is capable of stopping Blossoms in their tracks. All eyes are very much on their next move, but Monday night did nothing but ratify their position as no longer the new kids on the block, but out and out indie rockstars. View all pictures from the show here. 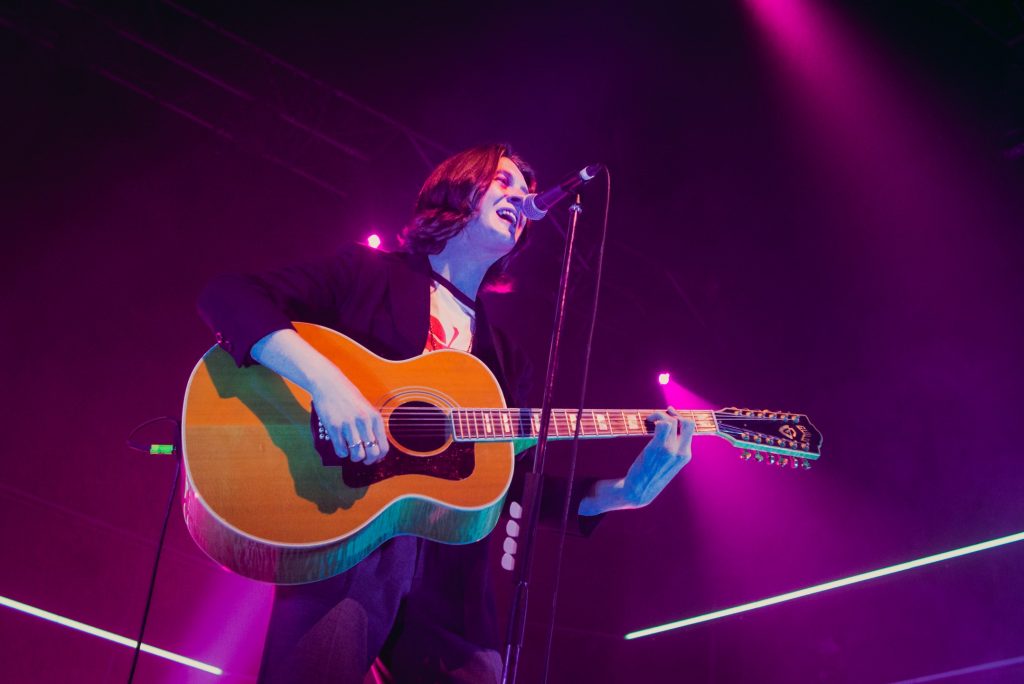 Pale Waves kick of their UK tour in Glasgow