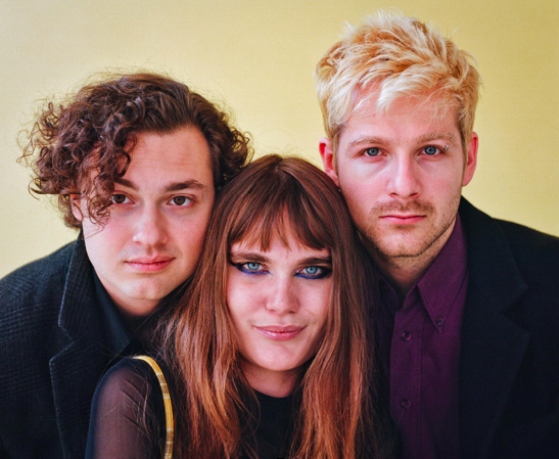 THE sum of a global musical coming-together, Manchester-based trio Calva Louise have returned with their latest single, ‘Belicoso’. With all eyes heading towards their upcoming EP and their appearance at TENEMENT TRAIL 2019, ‘Belicoso’ offers an inisight into the band’s journey from their debut album released last February.

Hailing from across the globe, from Venezuela, France and New Zealand, it comes as no shock that this band’s sound boasts an incredibly diverse nature, that blends the shouting and in your face elements of hard indie rock with a charging rhythm that resembles almost dance-like, courtesy of producer Tarek Musa. Weaving English and Spanish together throughout the 3-minute track only adds to the track’s diversity and differing intensity.

Speaking about ‘Belicoso’, singer Jess Allanic explains “We can take ‘Belicoso’ with a touch of humour, because in Spanish it roughly translates to ‘Lairy’. In the society we live in nowadays, we realise that our journey will always be challenging, and a mundane life can feel like a perpetual battle! Sometimes trying to find peace can become overwhelming, and as everything that we bottle up inside needs a cathartic outlet, instead of taking it with indignation and frustration, we try to use that accumulated energy to stop fuelling a vicious cycle that never seems to end.”

With a run of support shows under the belt, including accompanying The Blinders, Hunter & The Bear and Albert Hammond Jr, Calva Louise hit the road once again later this year including a stop in Glasgow at TENEMENT TRAIL 2019. Tickets are on sale now.

The Murder Capital 'More is Less'