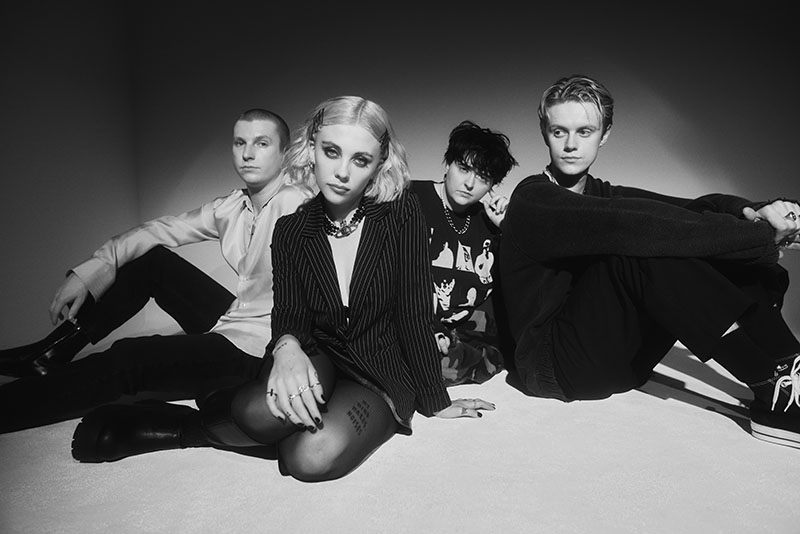 PALE WAVES have returned with an amped up new single called ‘Lies’.

Recorded in Los Angeles with producer Zak Cervini, who has worked with a who’s who of alt-rock royalty – from Blink 182 and Modern Baseball to Halsey and Machine Gun Kelly – ‘Lies’ is a punchy return that sees them tread punk-rock territory.

A shift away from the glimmering indie pop we’ve heard previously, ‘Lies’ is all about barbed guitars, distorted vocals and biting lyrics – pairing the guitar hooks and rhythmic drive of 2000s pop punk with the rage of a 90s rock band.

“Lies is about someone who built up my trust and destroyed it like a wrecking ball,” says front woman Heather Baron-Gracie, “and it caused some real trust issues but, fortunately for me, that person is no longer in my life. One you do me wrong, you’re gone!”

The band’s new album ‘UNWANTED’ is slated for release on 12th August via Dirty Hit. Of the album, they said ““It was really the only thing this album could be called. It’s bold and unapologetic, and that’s what the Pale Waves community is about. We don’t need to fit a perfect mould, we don’t need to apologise for being ourselves, and we won’t change for anyone. That acceptance is what connects us.”

Pale Waves have also announced a UK tour later in the year which will include dates at Fat Sam’s in Dundee on 27th November and Glasgow Barrowland on 28th November.