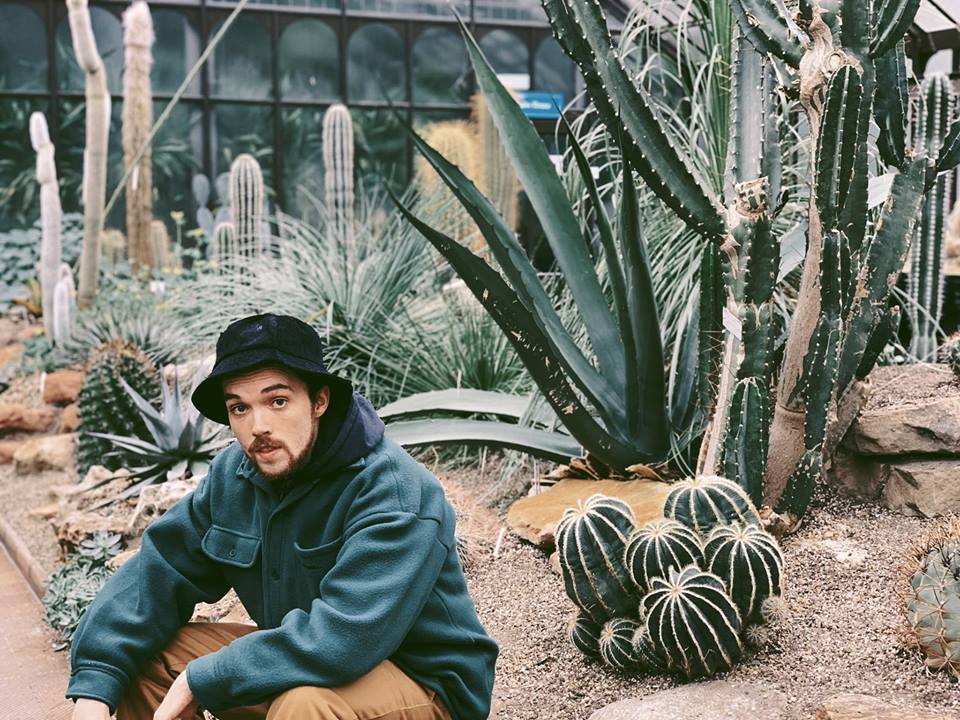 IT is fair to say that Snack Villain has developed into one of Scotland’s more curious and enigmatic musical figures in recent years. An artist who consistently thrives in the realm of the unexpected, his heady brew of DIY indie, post-punk, hip-hop and louche jazzy influences have not only enthralled the minds of music fans up and down the country, but have also seen him tipped as one of the UK’s most essential up and coming artists of 2019.

Keeping his identity under wraps and operating entirely on his own terms, his experimental dance creations have stepped up in recent months to reveal an artist who is feeling more creatively inspired than ever, who has found his lane and blossoming in it. And it’s a telling shift that has brought us to the release of his eagerly anticipated debut EP titled ‘Vision Vortex’; a bright, colourful and exuberant record that we’re truly delighted to premiere here on TENEMENT TV.

Traversing through that eclectic array of influences that we’ve come to know and love, ‘Vision Vortex’ is an EP which simply doesn’t stop moving. A complete rejection of complacency and expectation, it sends you from pulse-quickening euphoria to playful pop to a skewed state of world-weariness in a wildly experimental fifteen minutes. Playing with rhythm as much as he does with all the inventive sounds at play, the result is a fresh, infectious and visceral listening experience.

The five-track compilation opens with the head-spinning ‘Tick Tick Tick’ and the equally feverish ‘God’s Basement’; every bit as vital as when we first heard them. Snack Villain brings his dour, witty lyrics and his deep, almost world-weary spoken word delivery to the meticulously crafted arrangements, characterised by an eclectic brew of frenetic drums, warm brass and infectious, poppy energy.

Delivered against elements of 90s Britpop and the chugging, playful power-pop of bands like Twin Peaks, the guitar-led ‘Friendgroup (Oh Ya!)’ shifts into the EP’s explorative and rather skewed title track which exudes frustration and weariness through a myriad of guitars, languid rhythms and electronic sounds. It’s left to the wildly frenetic and beat-driven ‘Death Disco (I Wanna Go)’ to see the EP out in typically colourful fashion with a splash of drum & bass and a flourish of brass.

Despite its wildly experimental and skewed nature, ‘Vision Vortex’ is rooted by Snack Villain’s masterful production and delivery. A vortex of ideas and influences, it’s an EP that feels very much of its time. Fresh, modern and bursting with infectious energy, it may need harnessed at times but it’s a compelling opening account for an artist who continues to pique interest.

Check out our premiere of the EP below.