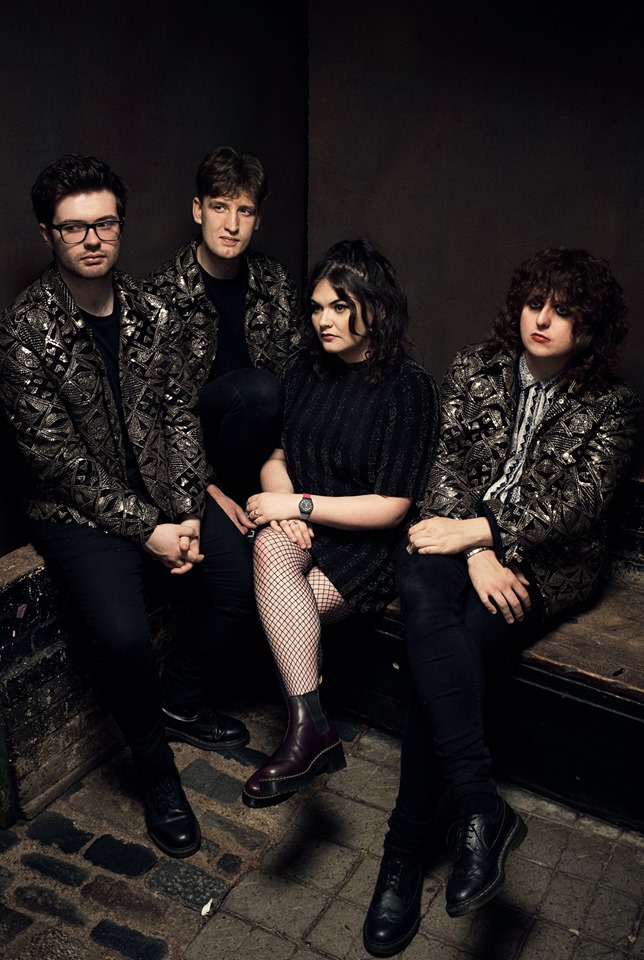 IN the years since they first burst onto the industry’s radar, The Vegan Leather have been casually redefining the parameters of their own music and that of what an “art pop” band can be as a whole. Where other bands might be reticent to pursue a creative whim or would perhaps err on the side of caution, the Paisley-based four piece are incorrigible in exacting their vision without compromising for so much as a moment. Fresh off the back of ‘French Exit’, the band affectionately known as “The VL” are back and on uproarious form with ‘The Hit.’

Rather than being buoyed by the spirit of those ‘French touch’ standard-bearer that have always anchored the band’s sound, ‘The Hit’ strays from Parisian backstreets and heads directly for the hustle and bustle of New York City. A vibrant missing link between ESG and the heyday of James Murphy’s DFA imprint, ‘The Hit’ is a conduit for the band to not only show off the sheer magnitude of their rhythm section but for the duelling vocals of Gianluca Bernacchi and Marie Collins to have one of their most compelling dialogues to date. As if that wasn’t enough, the track culminates with a riff that would leave the staunchest purveyors of desert rock with plenty to smile about. Exemplary in their complete and utter inventiveness, ‘The Hit’ not only demands incessant replays but leaves you fascinated by what they’ve got waiting in the wings.

Debuted on Radio 1 on Monday, the track arrives with the news of their debut album ‘Poor Girls/Broken Boys’ and a show at King Tut’s on 2nd November. Check out ‘The Hit’ via Spotify now: